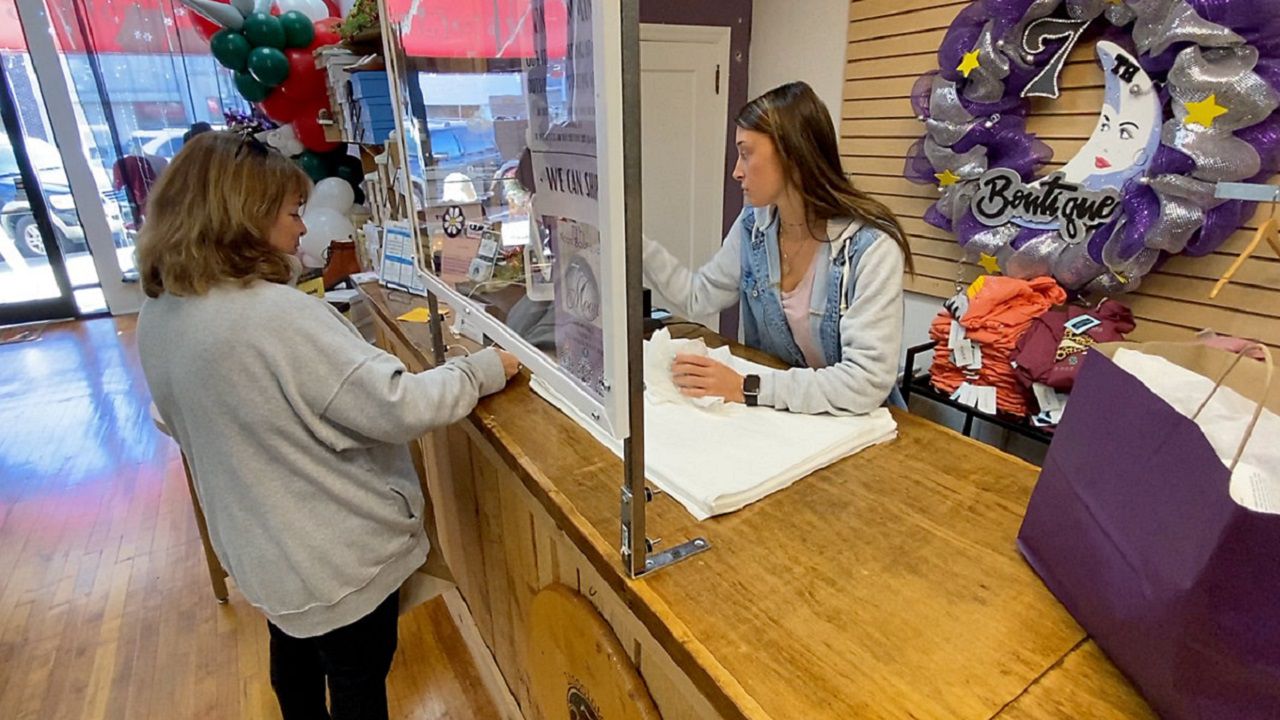 LINCOLN COUNTY, N.C. — In the heart of Lincolnton's downtown, you can find several boutique shops and antique stores all owned by local owners.

U.S. retail sales are up three months in a row according to the U.S. Department of Commerce

Sales in October were 2.5% higher than in August

Teresa Peterson retired and, according to her husband, was spending all of her free time shopping.

In 2015, the building that is now 7th Moon Boutique was for rent and with a little convincing from her husband, she leased the location and opened the business.

“There was a “For Rent” sign on this building and my husband said, “Hey maybe you should do that instead of going and shopping,” So by 5 p.m., we had a vision and no clue," Teresa Peterson said.

7th Moon Boutique is celebrating its sixth anniversary this month.

Peterson says her sales for the year are record-breaking.

Black Friday, Small Business Saturday and Cyber Monday were the busiest she's ever had.

“I think that people are just happy to be able to get out and be normal again," Peterson said.

"July was probably the least attractive month. When August came about, August doubled what we did in July. October, again, 38% higher than August, and November will be the same," she said.

Her sales mirrored U.S. retail numbers, which have grown since August.

November retail sales numbers will be released on December 15.

Peterson has had to hire more than the usual holiday staff, and she still would like two more people in the store on the weekends.

“Now people are happy that they can get out and sorta do things that they used to do," Peterson said.