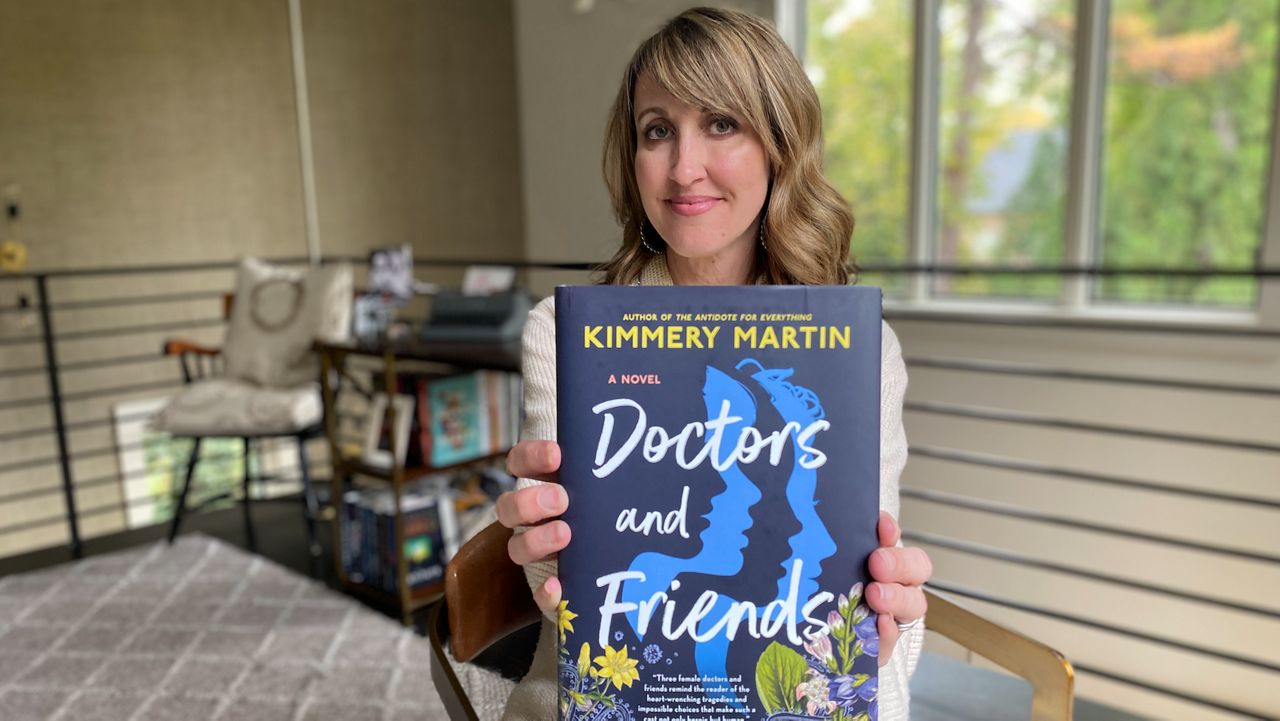 Charlotte doctor writes fictional book about a pandemic, then a real one hits

CHARLOTTE, N.C. — Emergency doctor turned novelist Kimmery Martin started writing a fictional book in 2019 about a pandemic. She never expected what would happen next.

Kimmery Martin has loved books for as long as she can remember. She grew up in a rural part of Kentucky and says she basically lived in the library when she was younger.

“I would walk to the college library in town and literally read every book in the children's section,” Martin said.

“I realized I liked the idea of being able to make an immediate impact in the life of another human being who is ill or injured,” Martins said. “I liked being able to use my mind to do that.”

She then spent several years as an emergency physician, but her love for books never faded.

“This was the one I wrote, not really knowing how to write and get published,” Martin said as she pointed to her first book. “It was a long and humbling process.”

Turns out her first book called the “Queen of Hearts'' was a hit. The fictional story about two doctors was praised by The New York Times and other publications. That propelled her to continue writing. She published her second book “The Antidote for Everything” and then started working on her third big idea.

“I sent it to my editor and said, ‘what do you think about the idea of an infectious disease doctor during a worldwide viral pandemic,’” Martin said. “She wrote back and said, ‘I love that idea.’”

Martin interviewed more than 45 doctors in the fields of infectious disease, emergency medicine and more. She also read dozens of books about prior pandemics.

“I based a lot of it off 'The Great Influenza,' which is the story of the 1918 influenza outbreak,” Martin said.

She also traveled to Spain and Morocco which is where her book begins. The characters were based on her seven college friends. She sent her final draft to her editor in February of 2020. Then, a real pandemic hit.

“I clearly brought this down on us,” Martin joked. “If it weren’t for me we wouldn’t be in this situation.”

In her book, a fictional illness called artiovirus brought the world to a grinding halt. Even Martin was surprised by how many parallels were in her book compared to real life, like long-haul symptoms.

“That actually happened to me in real life,” Martin said. “I contracted COVID and developed a neurological side effect afterward. It’s not exactly the same one in my book, thank goodness.”

She made a few edits, like including Zoom calls. Her biggest editorial changes were to show the grueling, stressful days health care workers endured. She wanted people to see the pandemic from the eyes of a frontline worker.

“These people are truly heroes and they have suffered everyday in their jobs for a year and a half,” Martin said.

She hopes we don’t forget them. Kimmery Martin says she is working on a sequel to her book. “Doctors and Friends” is available for purchase online.