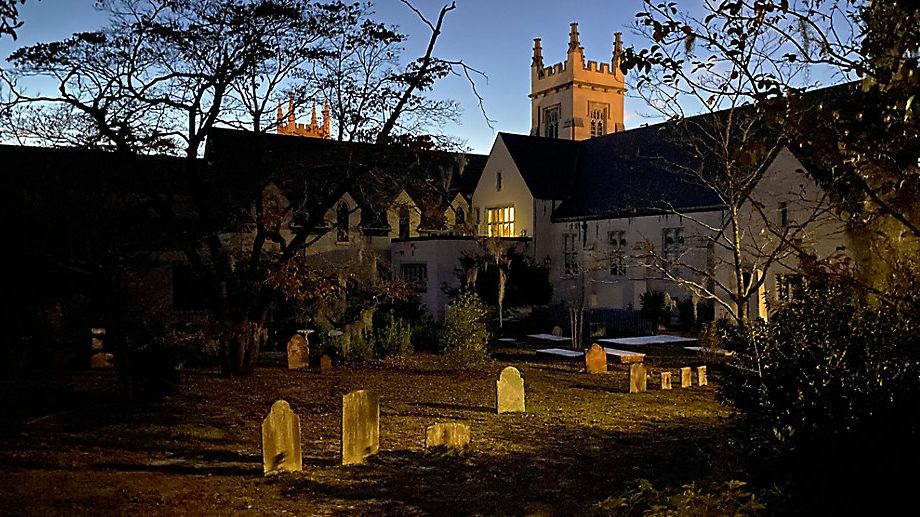 A stop on the Ghost Walk of Old Wilmington. (Photo: Natalie Mooney)

WILMINGTON, N.C. — On Halloween, you may see many spooky creatures out and about, like witches, werewolves, ghosts and everything in between — but those are just costumes.

In Wilmington, however, some folks go looking for the real deal.

“People ask me have I seen ghosts? And I have not seen things, although I have some spooky pictures that I can’t quite explain," said Delia Stanley, a guide for Ghost Walk of Old Wilmington.

"But we’ve definitely felt weird sensations, so I’d definitely say the Jury is still out,” she said. “I might have started this as more of skeptic, but after all of the photos I’ve seen, the experiences heard from people and my fellow ghost walk guides, kind of on the fence now.” 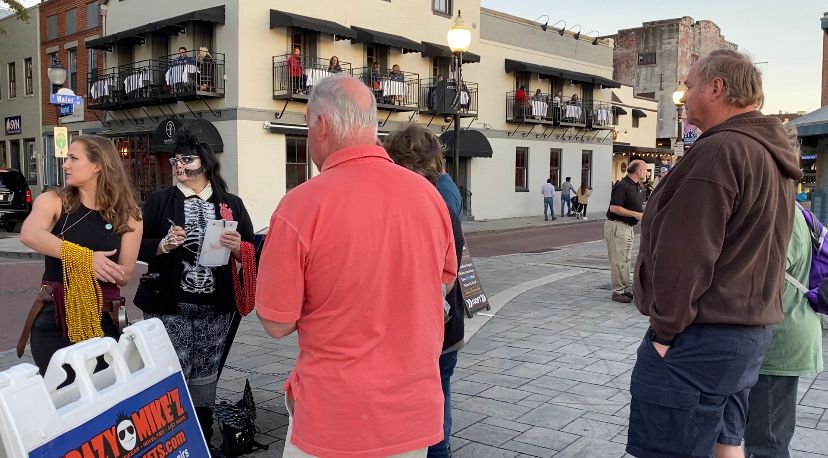 Stanley takes visitors to different locations around the city, all with a ghostly past.

“I’ve had certain locations where we mention that we get a lot of interesting pictures,” Stanley said. “So sometimes, folks will take a picture."

"I had one group a few weeks ago, they took a picture and saw something weird in it right then as I was telling the story," she said. "The rest of their family stepped off the property. They didn’t even want to be on the property anymore after seeing what they saw in the pictures.”

Stanley said those occurrences happen often on her tours, and while most times it can be explained as a trick of the light, sometimes it seems nothing short of supernatural. 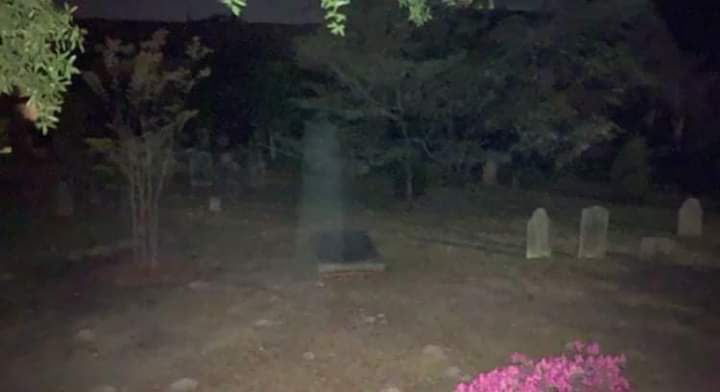 An unexplainable object in a photo taken on the ghost walk. (Photo: Ghost Walk of Old Wilmington)

“Orbs is a big one, little balls of light that you can see present in a lot of pictures. We also look for sort of misty apparitions, things like that,” Stanley said. “I have a great photo out of the graveyard that we’re gonna head up to today that we would call in ghost lingo a full-body apparition.” 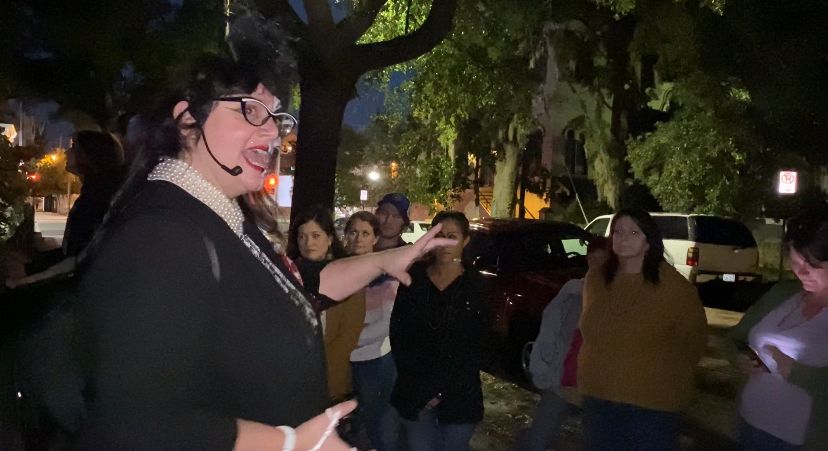 Regardless of why some believe those orbs or apparitions appear in pictures on the tour — be it supernatural or completely natural — one thing is for sure: The ghost walk is a great way to learn about the city’s history in a fun, different way.

“I really think it’s the amount of history that you can find in Wilmington, pre-Revolutionary War, the great old pirate history here is my favorite,” Stanley said. “So we’ve just been here for a while, the Cape Fear River is so important to the town, and all around it we find history from the golden age of piracy, the Revolutionary War and before that, and just throughout the centuries and the generations.”

You can learn more about the ghost tours and Wilmington’s “haunted” history by checking out their website.