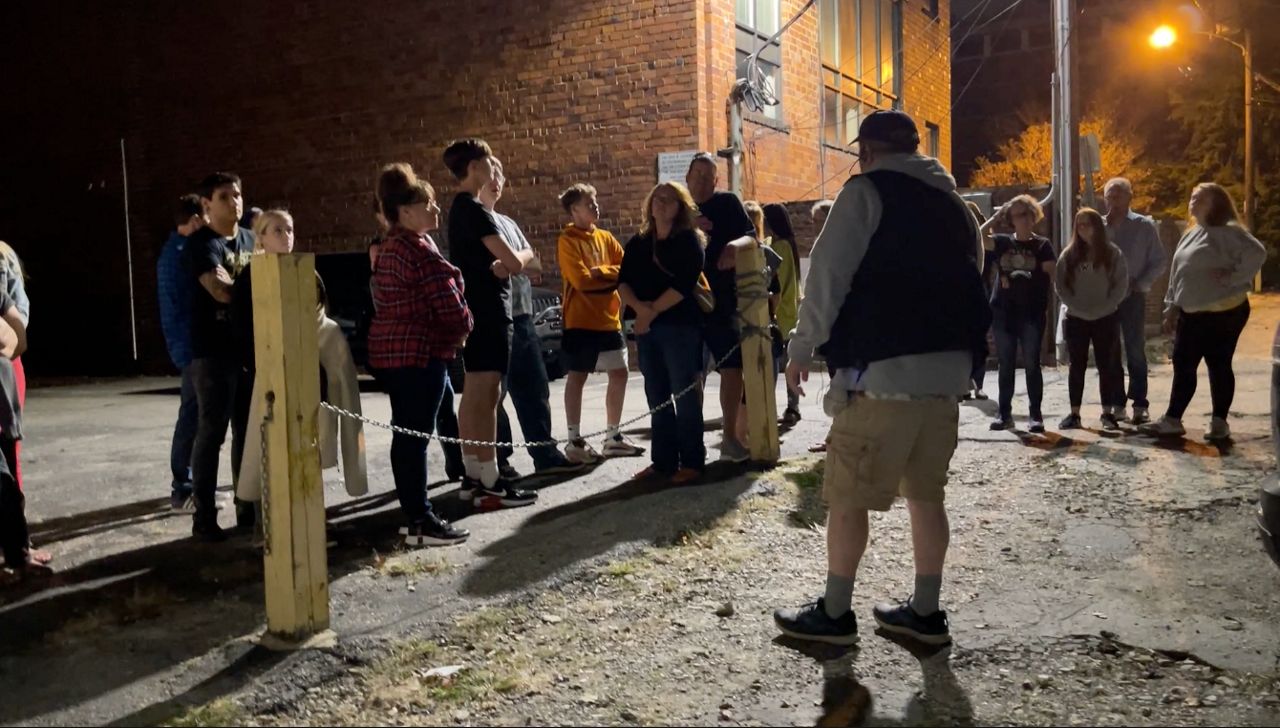 Haunted Asheville ghost tour is among spookiest in country

ASHEVILLE, N.C — Spooky season is here and with less than a week until Halloween, many people in our state are looking for a fright.

Christian MacLeod has been a cryptid paranormal investigator for 25 years

During the day, he is an American history middle school teacher

MacLeod has been featured on the Travel Channel

A ghost tour in Asheville was recently ranked one of the spookiest in the country by TripAdvisor. The nighttime event also ranked among the top three haunted tours in a USA Today reader poll.

One of the tour guides who helps make the tour what it is is cryptid and paranormal investigator Christian MacLeod. During the day he is an American history teacher at a middle school in Marion. But at night is when his 25-year hobby comes to life. 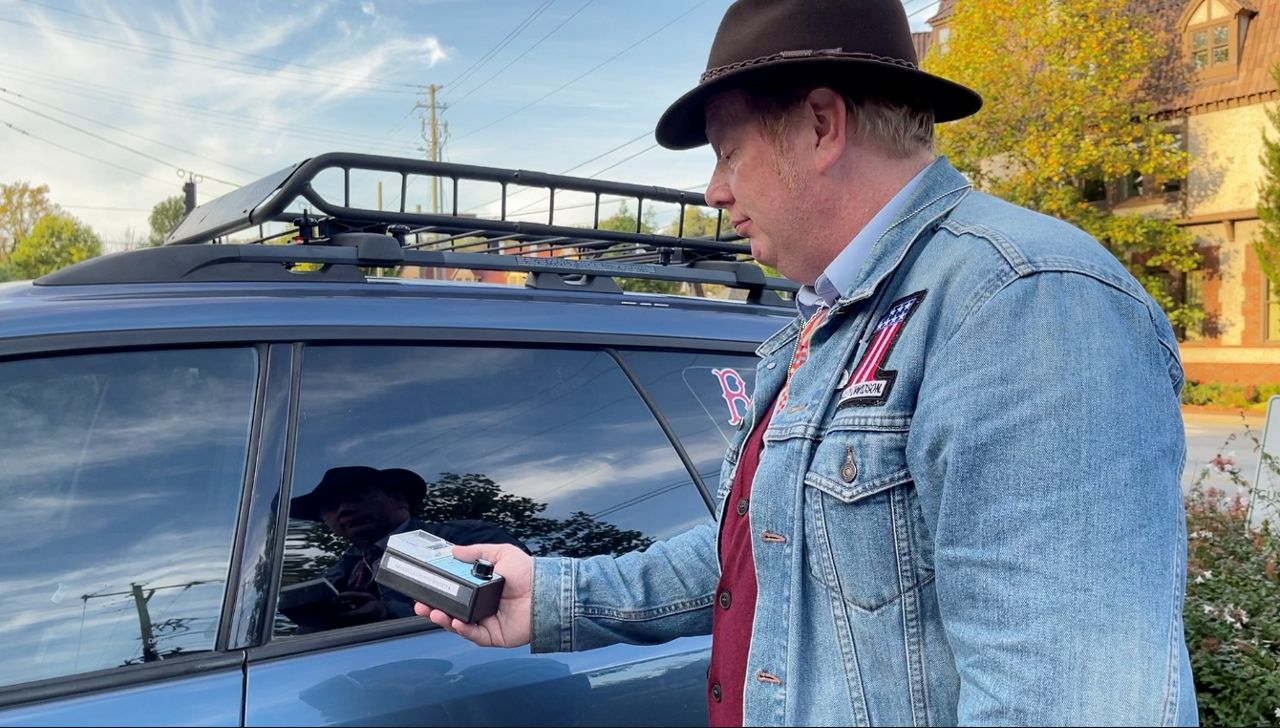 Christian MacLeod uses a tool that picks up paranormal activity.

The interest sparked when he was just a little boy growing up in Maine in what he believed to be a haunted house.

He witnessed many things go missing that would later turn up in one of their outbuildings. MacLeod remembers being a kid playing with a Nerf football in his front yard when a trolley came by giving a ghost tour.

"They said, 'That's the only place a witch was burnt, right where that little boy is playing with a football,'" MacLeod laughed. "I'm like, 'Uh.'"

Fast forward to today and he's turned his passions into something he considers more than a hobby — being a cryptid paranormal investigator. He formed the American Cryptid and Paranormal Society. A cryptid is an animal people believe to exist but has never been seen or proven to exist. MacLeod always believed he'd find Bigfoot.

He considers himself lucky with all the teams he's part of, like Haunted Asheville and the school he works at.

"I've got the greatest kids in the world," MacLeod said. "They think it's cool. I'm pretty cool on campus, you know.”

Being a paranormal guy at night and teacher during the day keeps him pretty busy, but he says the two have similarities.

"They're almost the same because I'm trying to educate, just on a different topics, and the American history is a huge part of the paranormal," MacLeod said.

He gives tours for Haunted Asheville on Tuesday, Friday and Saturday nights.

"A lot of the stuff on the tour, it's all based on actual folklore mythos, so I will make sure everyone knows that it is an entertainment-driven tour to begin with, but it's based on Asheville folklore and our investigations," MacLeod said.

He shares stories about his own personal investigations but also scary instances he has witnessed on tours he has given. MacLeod shared one story outside of the Wolfe House in Asheville when he saw a woman go up on her tiptoes before getting slammed into the outside of the house.

MacLeod has even been featured on the Travel Channel.

You can check out the Haunted Asheville tours yourself by booking online here.