WILMINGTON, N.C – Greenfield Lake in Wilmington is looking mostly normal again after living up to its name this summer when a blue-green algae bloom took over parts of the lake.

The plants naturally remove nitrogen and phosphorus from the water

Fred Royal, stormwater services manager for the City of Wilmington, said the root of the problem doesn't actually start in the lake – it comes from the 2,000-acre watershed in downtown Wilmington that runs unfiltered into the water. 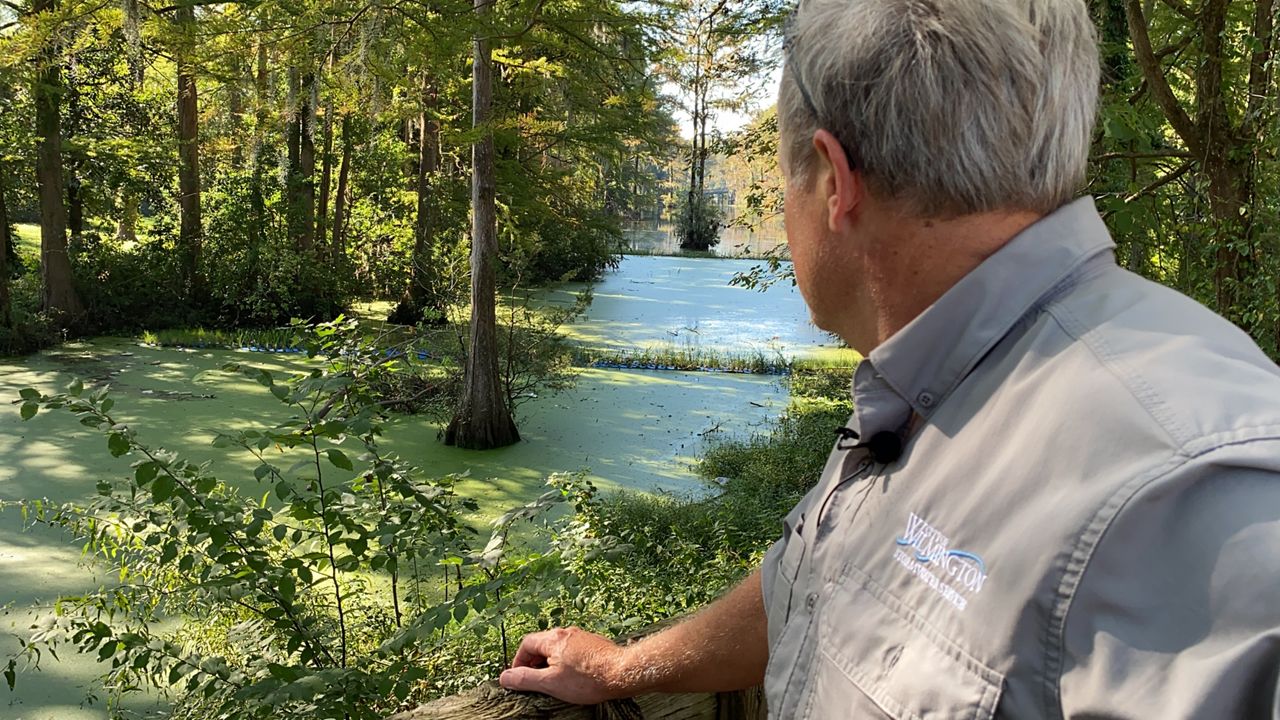 “Algae grows naturally in ponds and streams and rivers, but not at the rate that it does in a high urbanized watershed that really puts in a lot of nitrogen and phosphorus,” Royal said.

The hot weather and the nutrient overload from stormwater runoff create the perfect environment for the cyanobacteria to thrive. Now that cooler temperatures have chased away most of the algae, the City of Wilmington is pursuing a natural solution called a floating wetland that aims to eliminate the algae's food source.

One of the floating wetlands installed in Greenfield Lake. (Photo: Rachel Boyd)

“I am very excited about this because it relies on natural vegetation to do the job that nature does already,” Royal said.

The effectiveness of the wetland can't be measured visually by the amount of algae on the surface. Royal shared that when the researchers perform routine maintenance on the wetland, they'll take samples back to a lab where the biomass will be tested for levels of nitrogen and phosphorus.

“We maintain it every six months,” Royal said. “We can't let the plants get too big, or basically it'll sink. This device is not intended to remove all of this floating algae, that's just one tool in the toolbox.”

There are seven species in the wetland, all of which are native to the eastern and southeastern United States.

Royal expects that within a year they will know whether the floating wetlands are making a difference in the fight against algae. At the time they'll evaluate whether more should be installed at other locations throughout the city.