NATIONWIDE — A recall of onions distributed by ProSource Inc. has been issued after concerns over an outbreak of salmonella oranienburg, health officials announced Thursday.

The Food and Drug Administration and Centers for Disease Control and Prevention are investigating the outbreak, which they say has impacted more than 650 people in 37 states across the U.S. so far. 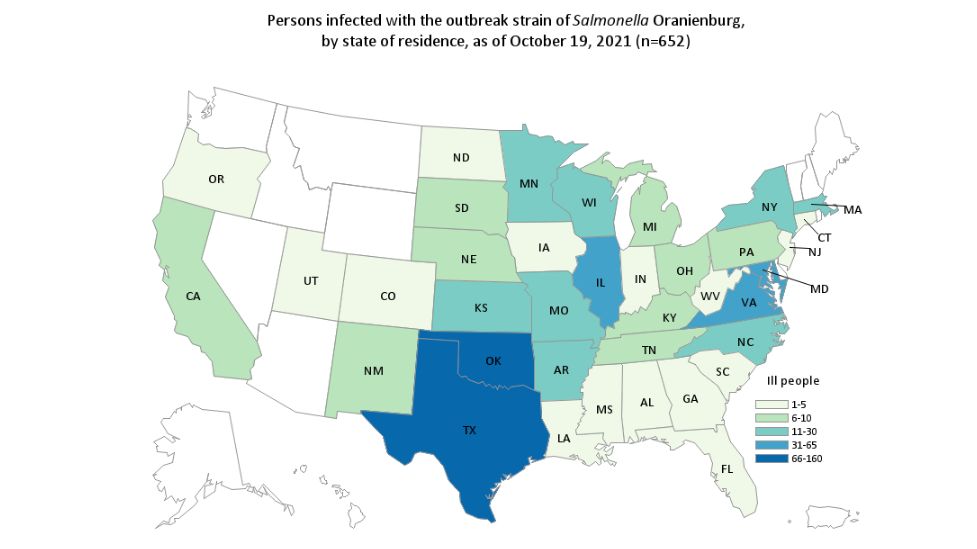 The outbreak has been linked to whole, fresh onions imported from the State of Chihuahua, Mexico and distributed by ProSource Inc. (also known as ProSource Produce, LLC) of Hailey, Idaho, according to a release.

The company has issued a voluntary recall of red, yellow and white onions with an import date of July 1, 2021 to August 27, 2021. Jumbo, colossal, medium and sweet onions are among those included in the recall.

Anyone in possession of the potentially contaminated product is asked to dispose of it immediately or return it to the place of purchase.

The FDA and CDC also recommends thoroughly cleaning and sanitizing any surface or container which may have come in contact with the product.

The CDC says salmonella infections commonly cause diarrhea, fever and abdominal cramps. More severe cases can include symptoms such as high fever, aches, headaches, lethargy, rash, blood in urine or stool and, in some cases, can become fatal if not treated. Anyone experiencing symptoms should contact their health care provider.

For more information on food safety tips, click here. Additional information on the recall and investigation can also be found on the FDA and CDC websites.