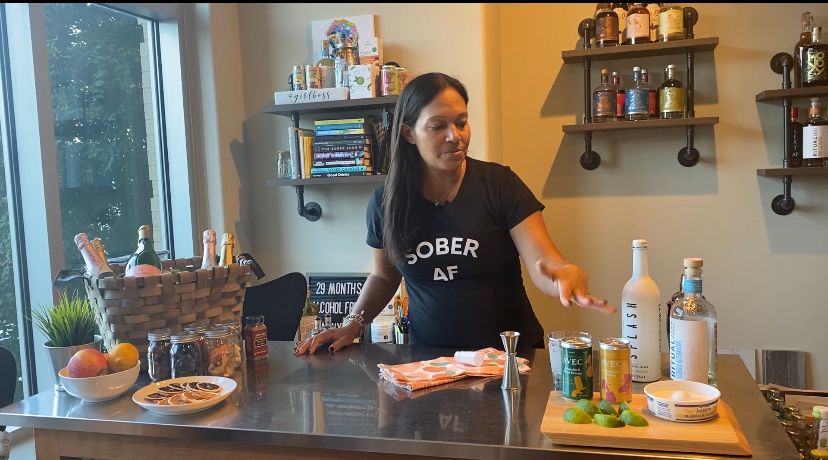 'On the Mocks': Charlotte woman shares her story, mocktail recipes

CHARLOTTE, N.C. — Christine Wayne’s home is filled with tequilas, rums and wines but these bottles are a little different, they’re zero proof.

“These are non-alcoholic spirits and they’re replacements for all of your go-tos,” Wayne said. “You can enjoy the experience of the way we used to drink but without all the negative stuff that comes with that.”

Wayne says her path to sobriety was a long time in the making with multiple wake up calls that she didn’t answer.

“I had a heart attack December 15, 2016. I experienced cardiac arrest four times. That could have been a wake up call to live a healthy lifestyle but it wasn't. It was instead a ‘you only live once,'" she said.

Wayne says a part of that “YOLO” lifestyle was more excessive drinking.

In 2019, she decided it was time to start a new life and pour a different kind of drink, starting with acknowledging she had a problem.

“It  didn't occur to me until I was in the car on the way to rehab that I was never going to have a margarita again,” Wayne said.

Studies by beverage daily show Americans will drink twice as much during the months between Thanksgiving and New Year's Day. Christine says she wanted to offer an alternative, so she created The Mox Box. It's a box filled with candy, beer, wine and spirits.

It's what she calls the one stop shop for “keeping the party going” and living a sober lifestyle.

For mocktail recipes and to learn more about Christine’s story, visit her website.