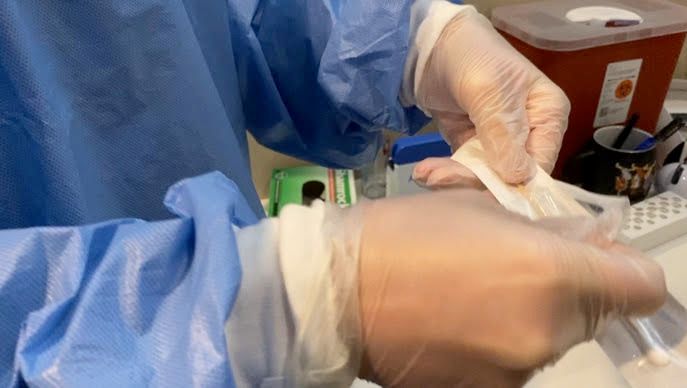 CONCORD, N.C. — If you’re looking for an at-home COVID-19 test, you might have a hard time.

At-home COVID-19 rapid tests are on back order

A local pharmacist says it's due to testing ramping up

He says he’s not sure when more could become available

These at-home options are on back order. Pharmacist Joe Moose, owner of Moose Pharmacy, says there are a few reasons.

Testing is ramping up as kids need it for school and people head back to workplaces.

"The big push all along was to get the vaccine, so in the U.S. we didn’t hear as much about testing being a commonplace thing like in the other countries,” Moose said. “But now that Biden says companies greater than 100 employees are going to need to have employees do testing, that’s ramped up demand.”

He says the shortages of these tests are reminiscent of the runs on household items we saw at the beginning of the pandemic.

“Just like we had shortages on masks and toilet paper early in this pandemic, we are seeing that right now with tests in the marketplace,” Moose said.

But he’s noticed a similar trend with regular testing, too.

"We’ve had increased demands of times on those tests and those have been rationed, too, and we’ve had the inability to get those kinds of tests, too, and now that’s trickling down to the consumer level,” he said.

He says he’s not sure when more at-home testing options could become available.

“We don’t know,” Moose said. "We are at the mercy of the manufacturers, how quickly they can make them, who they have made prior promises to, and then when they become available to us.”