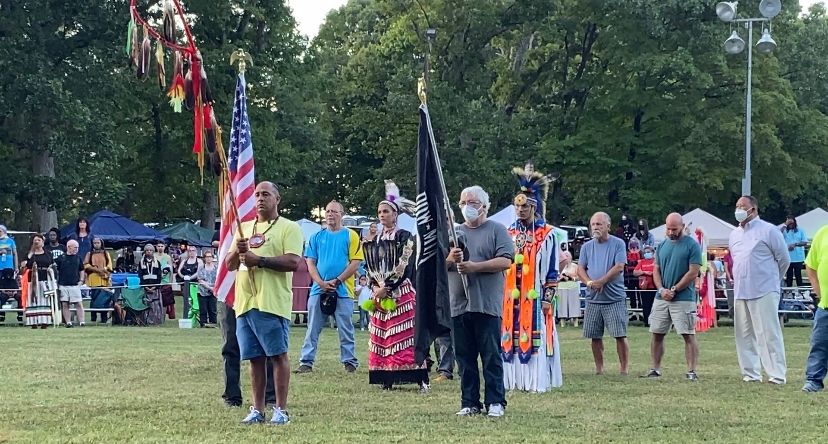 This is the 44th year the Guilford Native American Association put on the event. It happened September 17-19. The pandemic forced last year’s event to be cancelled.

Powwows are an important part of Native American culture. The gatherings allow people to sing and dance in celebration of culture and heritage. The celebration features head dancers and drum groups from across the nation.

Perry Hunt Jr. has been coming to the event since he was a child. He proudly represents the Lumbee tribe. He now sits on the board for GNAA, and served as head of security for the event.

“When Native Americans started moving back to the city in the '40s and '50s looking for work, being away from our culture and having this powwow every year brings us together and helps celebrate and helps to keep passing our traditions to our younger kids,” Hunt said.

The powwow honors American veterans, as well as the soldiers that lost their lives during the exit of Afghanistan. The powwow also honors the missing and murdered indigenous women with a red dress special.

While Hunt was glad to see the return of the powwow this year, he hopes the tradition continues to educate younger generations about their culture.

“It’s tremendously important keeping our heritage and our traditions and passing that along to our young kids,” Hunt said.