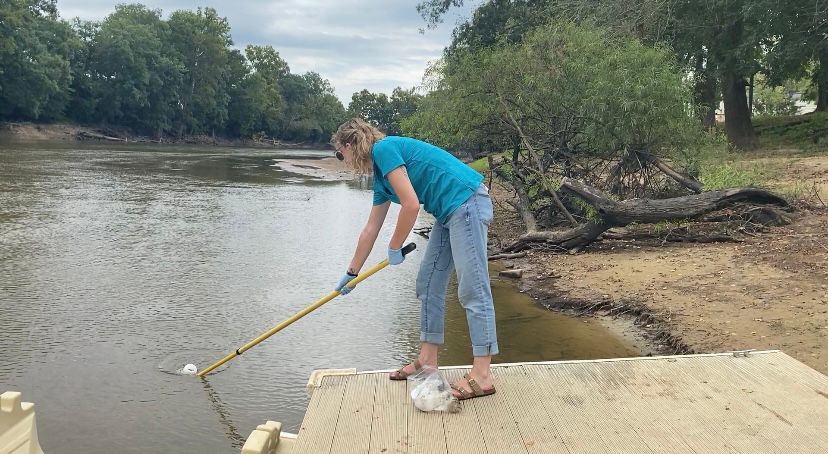 KINSTON, N.C. — With just over two months left in hurricane season, riverkeepers across the Neuse River are keeping a close eye on the health of the water in the western part of the state.

“Results have varied week to week. Overall, it’s been a good summer. We’ve had not too many sites fail, or have too high of bacteria results. But it’s not just bacteria pollution thats a concern, but nutrient pollution. Nutrient pollution leads to algae blooms, which leads to fish kills,” Hunt said.

The health of the river impacts wildlife, activities and the economy. That’s why some communities in the area are focusing on nature-based solutions to help mitigate any flooding.

Some of their options include wetlands, trees and building riverbanks, but Hunt says another deadly hurricane like Florence could bring all their work to a stop.

“It’s hard to predict how our rivers will react, but to put it simply, it won't be good," Hunt said. There will be a lot of flooding, a lot of damage to buildings, communities, properties. The dock we're standing on won’t be here, and would likely be washed away by floodwaters."

After the devastating flooding from previous storms, Hunt says taking care of the area now could help in the future.

“Flooding is going to happen, and the best thing we can do is be ready and adapt. Knowing how it will flood in that area and adapt,” Hunt said.