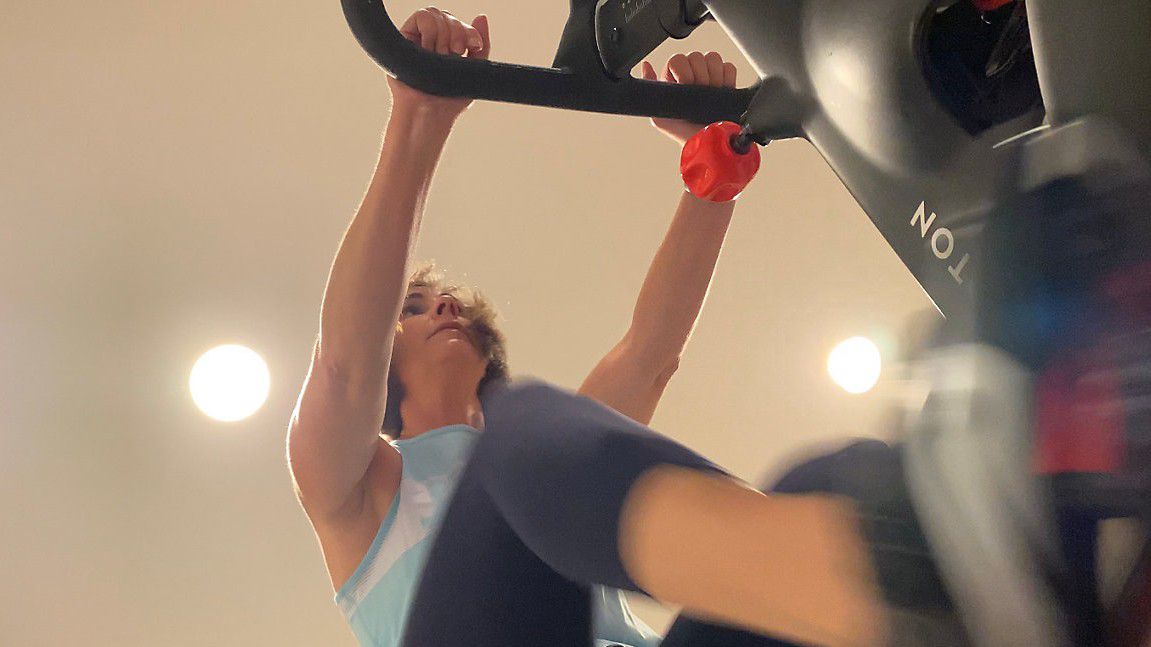 Ashley Bailey is a mother of two with stress incontinence.

Raleigh woman shares her story on getting help, changing stigma around bladder leakage

By Patrick Thomas Raleigh
SHARE
RALEIGH, N.C. — Imagine being a working mom with two boys while juggling the duties of a job and home life. Then on top of that, you have to worry about doing certain activities because it can send you to the restroom.

Ashley Bailey, of North Raleigh, knows this struggle as she has been living with urinary incontinence and inability to control leakage from her body based on physical stress. She wants to get the word out and let other women know help is out there.

A case study by a UNC Specialist shows SUI is common among women, yet less than 40% of affected women seek care

Screening can be easily achieved by asking women if they have urinary leakage with coughing, laughing, sneezing or exercise

Bailey starts every morning on her Peloton bike. It’s one of the exercises she enjoys the most. It’s a workout that doesn’t ruin her day.

“I realized I really couldn’t be running anymore,” Bailey said.

A case study published in the New England Journal of Medicine by a specialist at the University of North Carolina Chapel Hill defines stress urinary incontinence as a pelvic floor disorder in which involuntarily leaking urine happens any time an activity puts physical pressure on the bladder.

The result can lead to a woman accidentally urinating herself in public places.

Bailey said it is uncomfortable in every way possible.

“There’s probably a handful of times that I can think of that I can remember thinking 'did that really just happen?' One of them is my nephew’s baseball tournament. When I jumped up, I wet my pants,” Bailey said.

Uncontrollable acts like sneezing, laughing and coughing can also cause symptoms at work.

“I don’t know that it would occupy my mind, but when you have an incident you just think about 'Gah! I can’t believe that just happened,'” Bailey said.

The same expert who wrote the case study is the physician Bailey first saw to treat her problem.

Urogynecologist Dr. Jennifer Wu has been working with women to solve these issues for more than 10 years.

“The key issue is that women are out there suffering from this condition but are often embarrassed to talk about these symptoms," Wu said.

Wu’s work showed 50% of women 40 and over suffer from stress incontinence.

“That’s what happens when they come. They say, ‘Why me? Why is this happening?,’ and then we educate them to say this is really common,” the doctor said.

Over time, Bailey said she became so frustrated, she had to see what options were out there.

At first, she gave non-surgical methods a try, like strengthening her muscles, but Bailey said in the end surgery was the best choice for her.

"It’s embarrassing for people,” Bailey said of the issue.

For that reason, Bailey talked about it with close friends and was relieved to learn she isn’t alone.

“They knew about it, but as you talk about it and sort of bring it up they say ‘Oh that happens to me,'” Bailey said.

It’s about making sure this mother of two boys keeps and maintains a good quality of life.

Besides her own work with a medical professional, she wants to live her life as normally as anyone else.

What’s most interesting to Bailey is how news of her condition is received in contrast to something as common as her husband Hugh’s back surgery in July.

She said his operation was welcomed with open arms.

The big issue is now getting past the social stigma because if people are accepting enough of back surgery — why can’t the world extend open arms to her too?, she asks.

“I think it’s important that people know about it, and I really thought about it this week when my husband had surgery. I was thinking, ‘Wait a minute, everyone knows about this, and nobody knew about mine’ but it is because I wasn’t telling people about it.”

Wu and Ashley said the biggest step is going to see a doctor about your problems to find the best solution for you. There are some women who have a more severe case of incontinence called urge incontinence, who actually pack adult diapers with them.

Dr. Wu listed the following as some of the best non-surgical options available.