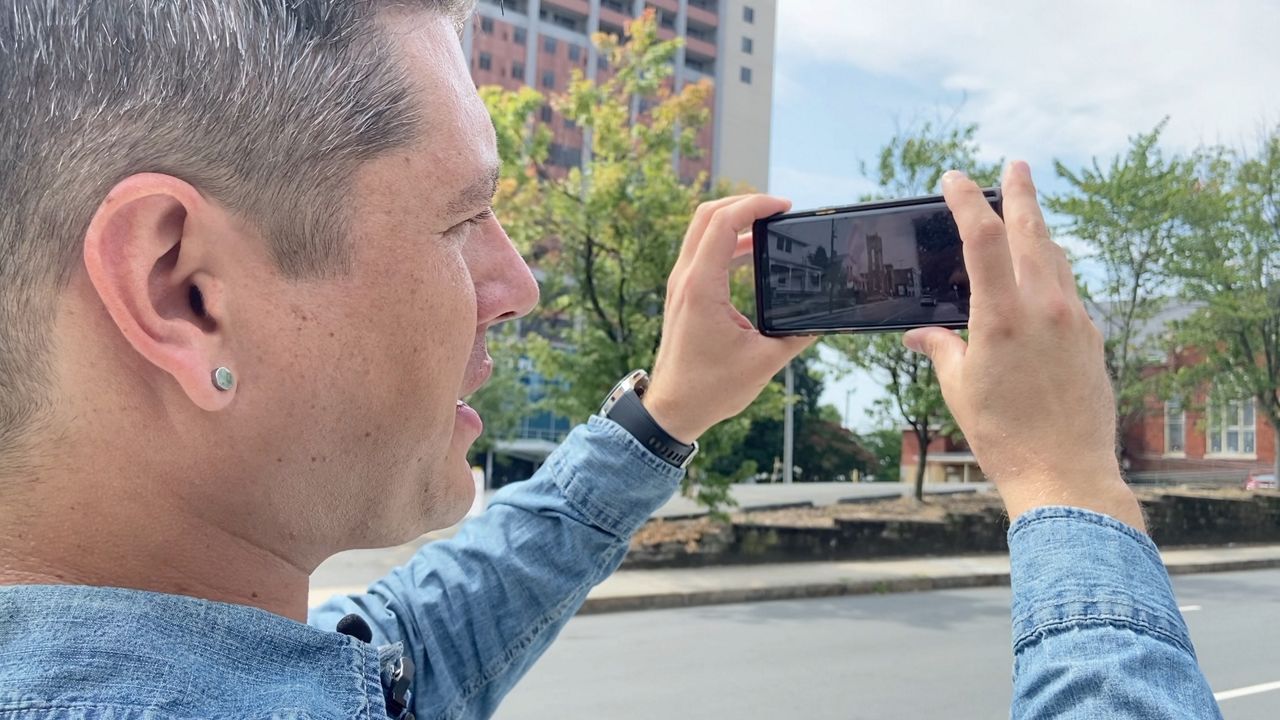 CHARLOTTE, N.C. — Scattered throughout Uptown Charlotte are seven signs for people to visit and scan QR codes to download and use a new app highlighting the city's historic Brooklyn neighborhood.

Brooklyn was once one of the largest African American communities in North Carolina. Based in the heart of Charlotte, nearly 7,000 African Americans lived and thrived there

But toward the 1960s, urban renewal slowly destroyed this community and pushed people out.

It's a history Charlotte native Michael Zytkow didn’t know a lot about as a kid.

“I didn’t actually hear much about Brooklyn growing up,” he said.

Zytkow began learning about this neighborhood once he became a history teacher.

“I used to teach African American history at Garinger, and I was familiar with it briefly then, but to be honest, there wasn’t that much material to really dig into,” he said.

But now all of that has changed.

Zytkow started a nonprofit called Potions and Pixels where he develops games and apps. Last year he was contacted by the Levine Museum of the New South to create a new app to help bring this portion of Charlotte’s history to life.

“I love Charlotte,” Zytkow said. “I love history. I love technology. This project was a no-brainer for us.”

The project was for Zytkow and his team to recreate the historic Brooklyn neighborhood.

“When you use the app, you’ll hear the stories of residents, you’ll hear poetry, you’ll see photos and you’ll really see how vibrant this community was,” he said.

This new app is called KnowCLT.

Scattered throughout Uptown Charlotte are a total of seven signs for people to visit. Once you get to one of those sites, all you have to do is scan the QR code there, which will allow you to download the app. Then you’ll step on a green marker located next to the QR code and watch this historic neighborhood re-appear right before your eyes.

“It utilizes everything your phone has to offer — GPS, augmented reality, your camera, accelerometers, gyroscopes, whatever it can be we are utilizing in your phone, and then it really brings the experience to life,” Zytkow said.

“Everybody is on their phone constantly or if not a computer at some point, and so it’s about bringing history to the people and allowing people to really appreciate things where they happen,” he said.

While Zytkow initially didn’t know much about Brooklyn growing up, he’s hoping as the city continues to grow that this app will be a new tool that helps people learn about this once vibrant community.

The Levine Museum recently announced plans to sell its Uptown location so it can focus more on delivering this type of programing for the public.

If you would like to learn more about the app and how it works, you can find more information on their website here.