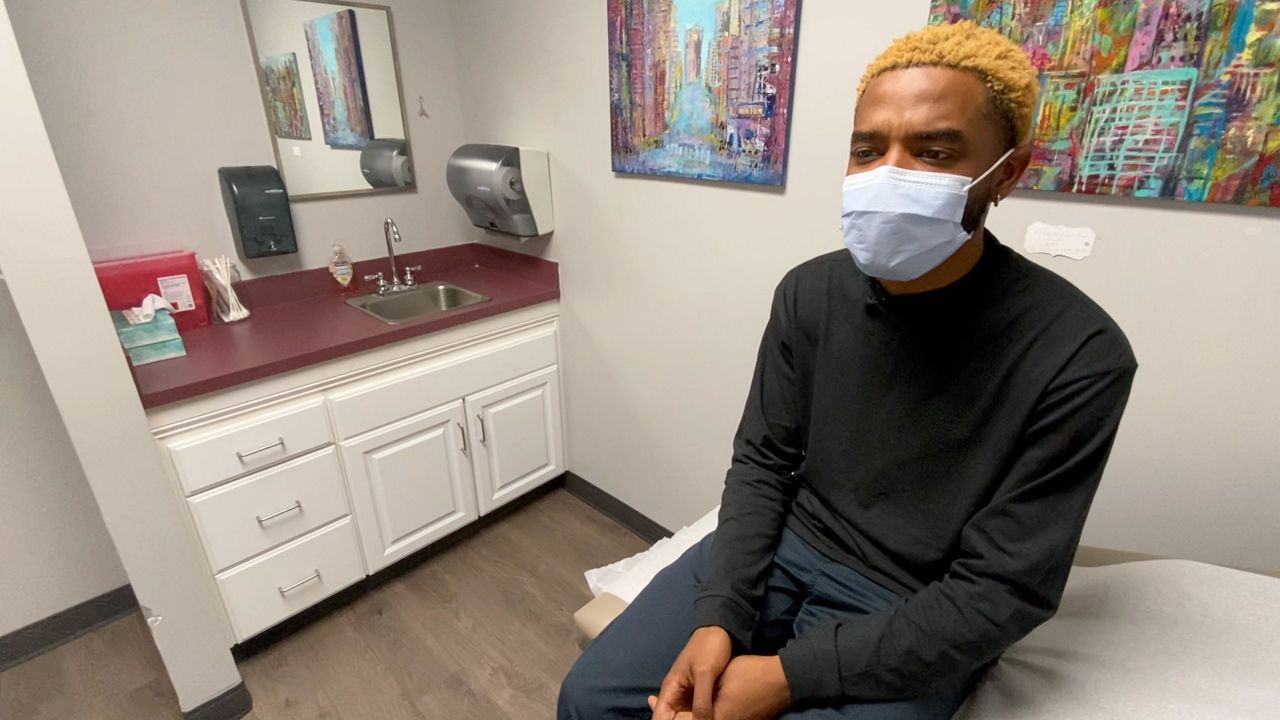 CHARLOTTE, N.C. — Members of Charlotte’s LGBTQ community are calling on Charlotte-area rapper DaBaby to get educated about HIV after he made homophobic comments about people living with the virus.

Laurenzo Surrell-Page, who works for RAIN in Charlotte, is calling on DaBaby to get educated about the virus

Surrell-Page has been living with HIV for about five years

Laurenzo Surrell-Page works for RAIN, a nonprofit in Charlotte that helps empower those who are living with HIV and AIDS. Surrell-Page is a peer navigator with RAIN’s Empowering Positive Youth Program.

“I work with a lot of young adults who are newly diagnosed or were born with HIV,” Surrell-Page said.

Surrell-Page sees firsthand how the stigma surrounding the virus impacts those who are living with it.

“It can be difficult for them to get over that hump of understanding,” Surrell-Page said. “You can live a long life, and you could be successful. This is not something that's going to kill you or take you out.”

Surrell-Page is “baffled” by the offensive statements DaBaby made to a crowd of thousands at a music festival in Miami.

“It makes it harder … not just for us, but it makes it harder for that person who is experiencing this life-changing event,” Surrell-Page said. “And now they have to try to figure this out, and it can be a mental battle.”

DaBaby’s comments hit a personal nerve for Surrell-Page because he’s been living with HIV for about five years.

Surrell-Page goes to regular medical appointments and takes medication to treat the virus. He says he’s living proof that being diagnosed with it is “no longer a death sentence.”

“You're able to live a normal life, and you shouldn't make that person who is living with HIV uncomfortable due to your lack of understanding … lack of education … just ignorance,” he said.

Surrell-Page is open about his status and enjoys giving back to the Queen City community. He works to not only empower those living with the virus but to educate those who are not, like DaBaby.

“[DaBaby] is not the only person that feels that way, and that’s what I think people don’t see,” Surrell-Page said. “There's a generational thing that has been passed down.”

A recent study found about 40% of Americans did not know that HIV can be treated. And nearly 60% believe it’s important to be careful around those living with the virus. Medical experts say today’s treatment is effective and can suppress the virus to a point where it’s no longer detected. This means it can’t be transmitted to another person.

Shortly after DaBaby’s comments and apology, a group of 11 organizations sent the rapper an open letter calling for the rapper to meet with them and educate himself about HIV and AIDS in the hope that he can learn the facts and pass them along to his fans.

To learn more about HIV and AIDS treatment and prevention, visit the CDC’s website.