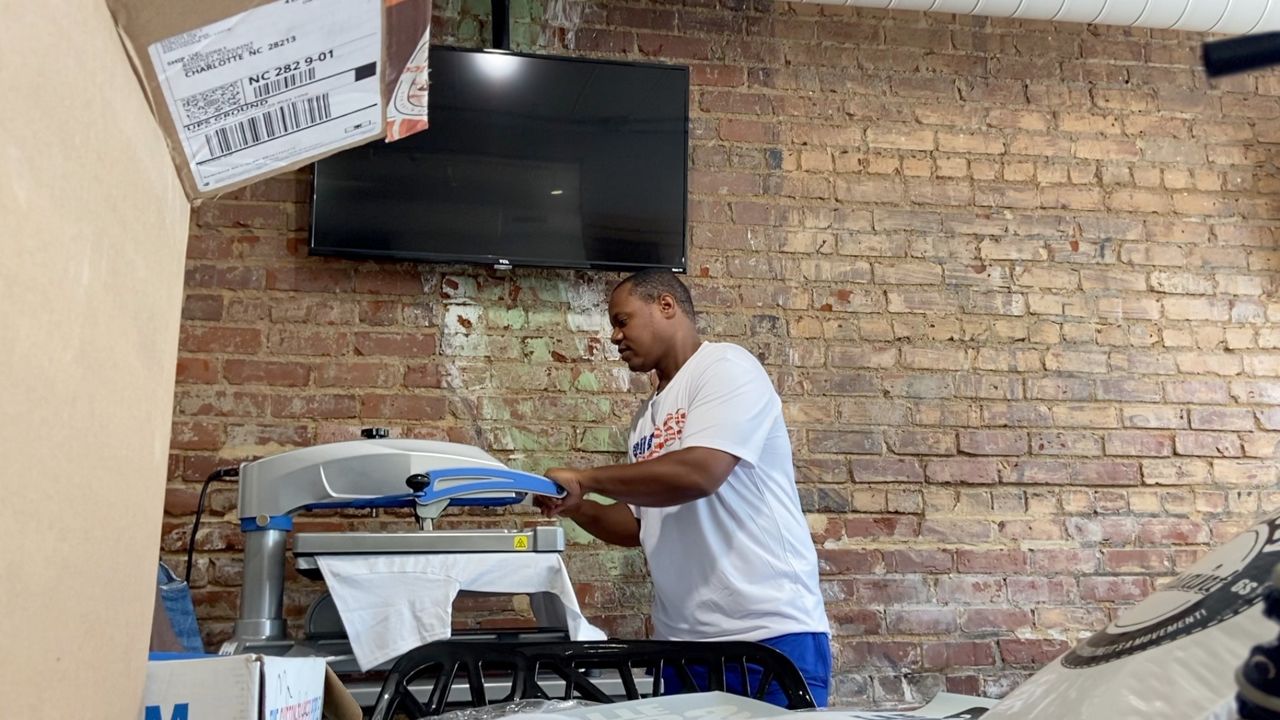 CHARLOTTE, N.C. — A T-shirt with one word printed on it was all it took to change Rodney Kersaint’s life.

His success shirts stands for stand up, create change, every single second

Kersaint not only sells shirts, but also passes them out around Charlotte and other communities for free

“I wasn’t trying to sell it,” he said. “I was just trying to put the word on the shirt for myself to stay out of trouble.”

Thirteen years ago, Kersaint put the word success on a shirt.

Twenty-thousand shirts later, Kersaint is still at it, but success has a different meaning to him.

“Success stands for stand up, create change, every single second,” he said. “It’s about breaking the cycle of negativity.”

That cycle of negativity started early on as a kid growing up in New York and New Jersey.

“I had a gun put to my head at eight years old,” Kersaint said. “It was just a lot going on where I was from.”

Kersaint was constantly in trouble, and even got kicked out of high school before his mom signed him up for the U.S. Navy.

“When I moved to California, I just felt like a positive switch or change come over me,” he said. “I was like 'I want to inspire people to stay out of trouble.'”

It was there he began making shirts, using them to push a positive message.

“They might think money, cars, clothes, but it has nothing to do with that,” Kersaint said. “I feel like this is the way you get to success. I redefined the word."

Kersaint not only sells his shirts, but also gives them away for free.

“I really do this from the heart, because I seen what was going on in my neighborhood, and I don’t need money for this,” he said. “I’ll do this without money.”

Success can be defined in many ways, but for Kersaint his definition involves a new outlook and a T-shirt.

Kersaint said he’s working to get his shirt into major stores, but also wants to use money generated from sales to build a resource center for kids.

You can learn more about his shirts or purchase one here.