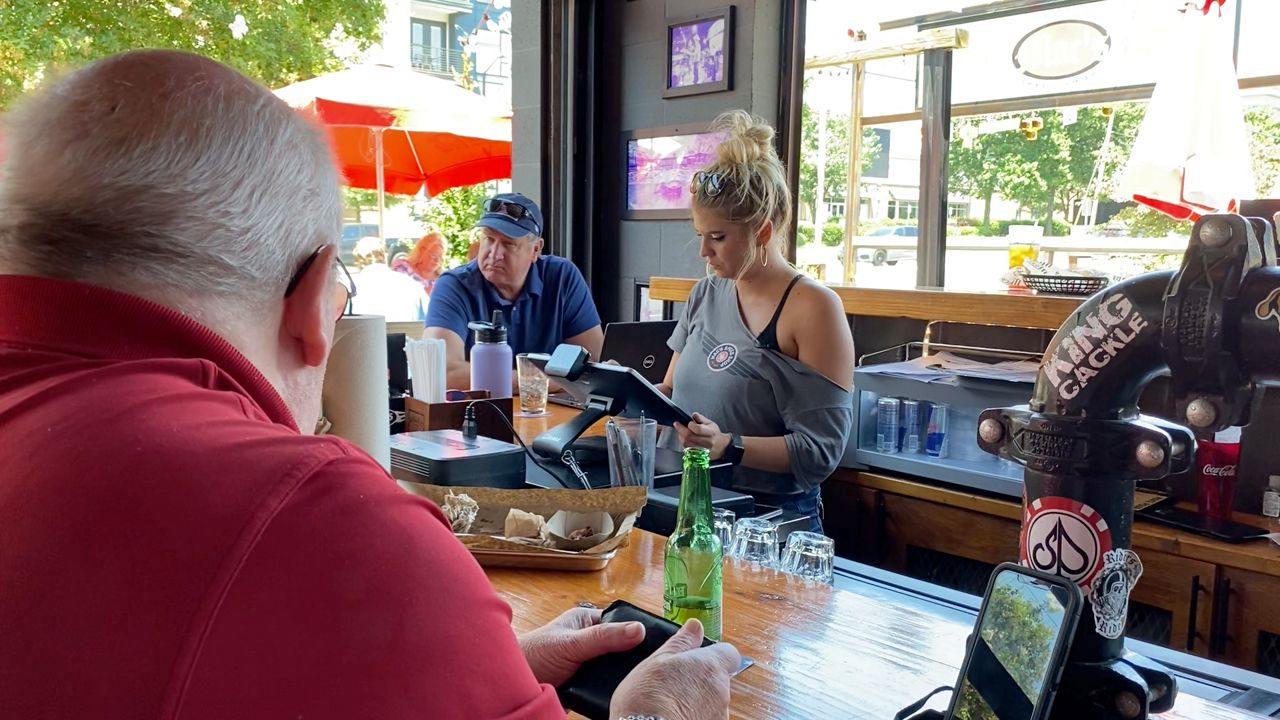 CHARLOTTE, N.C. — If you try to visit a Mac’s Speed Shop location on Monday, August 9 you are going to be met with a closed door and empty restaurant.

All Mac’s locations in both North Carolina and South Carolina closed to give employees the day off to prevent burnout and relieve tired employees.

The Mac’s management team says the decision was made several weeks ago in an effort to reward employees for their hard work, give them a mental and physical break, and prevent employees from feeling over-extended.

“The biggest thing we could do was just close,” said restaurant group president Shang Skipper.

Skipper, who’s been with Mac’s Speed Shop for a year and a half, says managers on the ground were hearing repeatedly from employees they felt overextended.

The feeling was not new or unknown to Mac’s Speed Shop management. Skipper says they’ve been working for months to reward employees for their hard work and do everything they can to prevent burnout.

They’ve provided free meals to employees when they come into work, ice cream breaks, a cash bonus of $35,000 split among all hourly employees, reduced requirements to get benefits and paid time off, and now, a day off for everyone.

Management’s campaign culminated in a leadership meeting several weeks ago, when someone suggested the best way to reset employees and show them management was listening was simply to close every location, and let everyone do their own thing for the day.

“And I said, ‘Yeah we should.’ So we looked at all the dates that were available to us that made sense financially. August 9 is a great day for us, but one of our slower days,” Skipper explained.

Roughly 700 employees at Mac’s eight locations across the Carolinas, along with staff at SouthBound, had no responsibilities or obligations Monday. From management, down to hourly staff, no one was on the schedule for the unpaid day off. However, Skipper did clarify any employees whom are regularly scheduled off on Monday will receive their pay.

The increased customer demand and rush back to regular business has presented some staffing challenges, which Skipper says management was working to fix. So far, they’ve hired nearly 200 additional staff to fill new positions at the restaurants, and are still looking for 50 to 60 more employees.

The more than 200 new positions are not re-hired positions originally cut due to COVID-19 last year, but instead are completely new, according to Mac’s Speed Shop.

So, Skipper and his team felt a day off was more than deserved and they hope customers notice and reflect on their reliance on the service industry.

“People forget how hard some people in the service industry work for all of us to go out and enjoy ourselves, have a great meal. I hope this gives everyone an opportunity to step back and realize how difficult the job is, the kind of hours these folks have to work, and the money that they make, all depends on them,” Skipper said.

The focus on employee happiness is not going unnoticed by Skipper’s staff. For Rachel Weaver, it’s another reason to smile behind her bar.

“So, [I’m] very grateful that they would do that,” Weaver said.

In the two years she’s been working at Mac’s Speed Shop’s location on South Boulevard there’s almost always a smile on her face.

“It’s always just been a great atmosphere. When I moved to Charlotte, I came here to get some food, and I ended up loving it. And I was just like, might as well get a job here. So, put in my application and I’ve been here and haven’t left yet,” Weaver said.

The role provides the flexibility and job security she wanted when she moved here, because family time is priority.

“I moved here to be close to my sister, to be part of the family, she was having a baby, and it just worked out perfectly, because you’re very close by but there’s so much to do in Charlotte,” Weaver explained.

She also says the the taps are running constantly since reiterates saying since COVID-19 restrictions were lifted and vaccines became more widespread.

“Ever since we’ve been fully opened up, we’ve been fully going. We have not stopped once,” Weaver said with a laugh. “Working doubles on doubles. It wears and tears sometimes, but it’s part of the industry,” she continued.

Weaver, who’s schedule fluctuates from day shifts to evening shifts, is exactly the kind of employee management says they want to enjoy the day off.

“I was so excited about, because honestly like we all are friends, and we all want to do stuff together, but somebody always ends up working,” Weaver added.

It’s unclear if the company’s day off will be a one-time experience, or if it will become more regular. Already, qualified employees get 1.5 mental health days per quarter, according to Skipper.

He says management will evaluate the morale of the company moving forward and is not taking anything off the table.

“We’re going to keep our finger on the pulse, and if we have to do it again, we will do it again,” Skipper said.