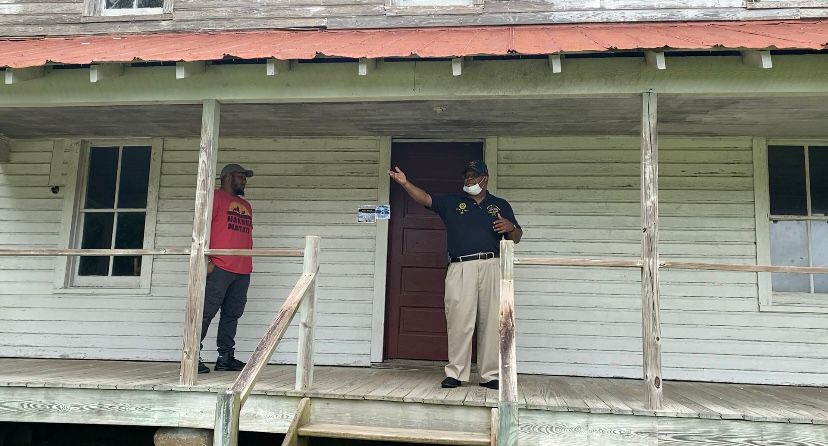 DURHAM, N.C. — Stagville Plantation was one of the largest plantations in North Carolina.

Now, the Cameron House is one of the top historic sites to visit in Durham.

The proposed memorial is at the original Durham Courthouse​

Ricky Hart visits often, and says Cameron’s story is only one of thousands whose history can be told there. He can trace his lineage to the land for more than 100 years.

“When this was open years ago, you could go in, and they had a huge book. In the book, they had the different family names. ... The first one was Hart,” he said.

Just a short drive from the Cameron House is the Holman slave quarters where Hart’s family lived until the 1970s. Hart said he takes his son to the home just like his father used to take him.

“Family first. That's what it’s all about,” Hart said. “Every day, when you come in here, whether they’re sick, passed away, a child was born. Everything happened in these houses.”

He is part of a group that is now fighting to create a memorial at the city's original courthouse downtown. They’re hoping to honor thousands of previously enslaved North Carolinians, starting with those who were enslaved at Stagville Plantation.

“Recognizing those that have given the utmost sacrifice during the time of bondage. We know it’s here, but there's nothing showing reference to that time,” Hart said.

Durham County commissioners are expected to vote on the proposed memorial. Staff is currently evaluating the project and will be coming back with recommendations during their August work session. One of the chairs of the Durham County Board, Wendy Jacobs, believes it's important Durham has a memorial to the formerly enslaved people of Stagville.

“We know this country and county were founded on first, taking away land from indigenous people, and our economy was built on the labor and backs of enslaved people that weren't compensated for their work and skills and abilities, and that's in the foundation of our economy, not just here in Durham County, but our country. For reconciliation, and all of us to move forward as a country, this is an important part of our story and our narrative that all of us need to recognize and reconcile with,” Jacobs said.

They’re proposing the memorial be at the original courthouse, about nine miles away from Stagville Plantation.