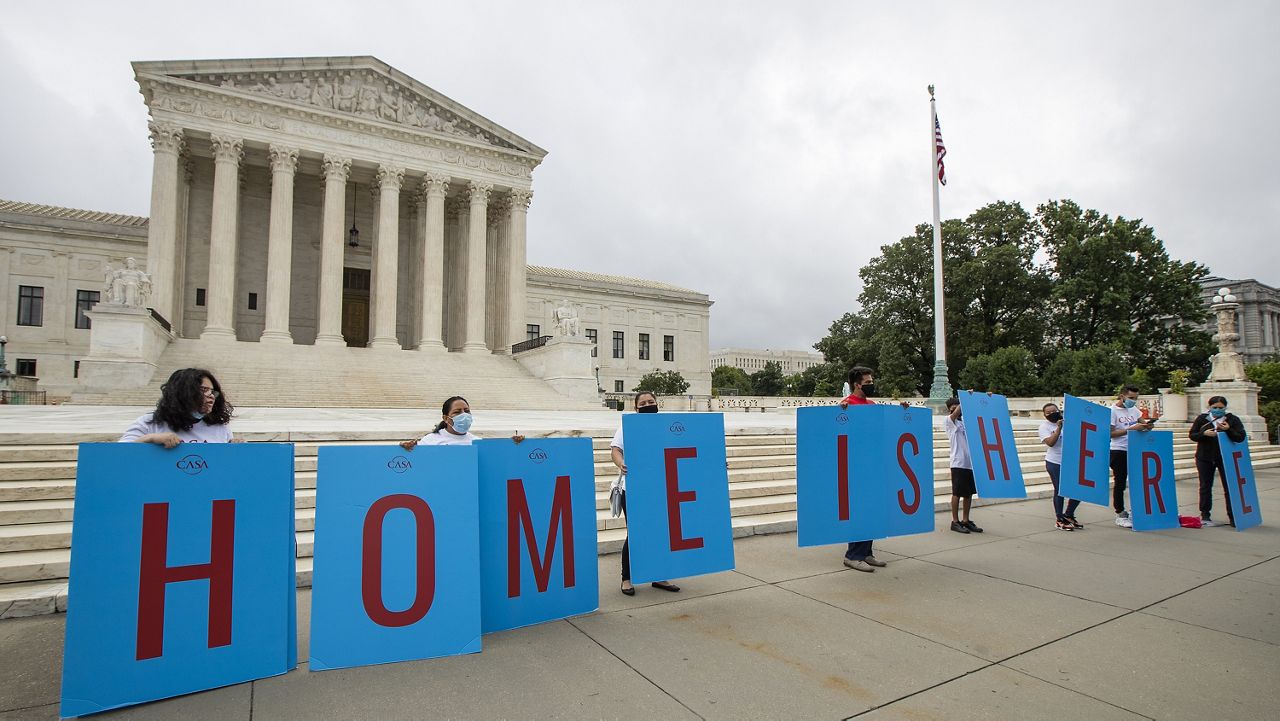 DACA recipients on edge following court ruling: 'I feel more American than anything'

It’s been a stressful few days for Jesus Alvarez.

He is one of hundreds of thousands of recipients of the Deferred Action for Childhood Arrivals Program (DACA).

The program, created by former President Barack Obama 9 years ago, provides limited protections to about 650,000 people

Friday’s court ruling bars the program from accepting new applications, but people who who are already enrolled will not lose protections

On Friday, U.S. District Judge Andrew Hanen ruled in favor of Texas and eight other conservative states that had sued to halt the Deferred Action for Childhood Arrivals program, which provides limited protections to about 650,000 people. People who are already enrolled won’t lose protections, but Hanen is barring the processing of new applications.

Hanen’s decision limits the immediate ability of Biden, who pledged during his campaign to protect DACA, to keep the program or something similar in place. His ruling is the second by a federal judge in Texas stopping Biden’s immigration plans, after a court barred enforcement of Biden’s 100-day stay on most deportations.

In a statement issued one day after the ruling, Biden called the decision "deeply disappointing" and promised that the Department of Justice will appeal the decision.

"In 2012, the Obama-Biden Administration created the Deferred Action for Childhood Arrivals (DACA) policy, which has allowed hundreds of thousands of young immigrants to remain in the United States, to live, study, and work in our communities," Biden wrote Saturday. "Nine years later, Congress has not acted to provide a path to citizenship for Dreamers."

"While the court’s order does not now affect current DACA recipients, this decision nonetheless relegates hundreds of thousands of young immigrants to an uncertain future," the president continued. "The Department of Justice intends to appeal this decision in order to preserve and fortify DACA. And, as the court recognized, the Department of Homeland Security plans to issue a proposed rule concerning DACA in the near future."

“No one likes being told that everything worked for might be in the balance,” TheDream.US Director of Advocacy, Gaby Pacheco said.

Alvarez was brought to Charlotte, North Carolina when he was 2 years old. His mother brought him across the Southern border illegally. Today, he’s a community college graduate and a manager at Target.

“Everything that I have ever wanted is here,” Alvarez said. “I feel more American than anything.”

He’s allowed to live and work in the U.S. without fear of deportation because of DACA.

The program was created by former President Barack Obama 9 years ago to protect undocumented immigrants who were brought to the U.S. as children.

“Without any congressional action, this is going to continue to be an issue,” Pacheco said. She works closely with DACA recipients to obtain college scholarships.

She said the ruling puts pressure on Congress to act.

That call was echoed after the court ruling by Obama and President Joe Biden, who said the Department of Justice will appeal.

“You try to go about your daily life, but at the back of your mind, you’re constantly worrying about 'well if they decide, that could be it, everything would have been for nothing,'” Alvarez said.

Biden said he wants Congress to act, which may mean through the reconciliation process. That means only 50 votes in the Senate, plus the Vice President as a tie-breaker are needed. Pacheco wants to see action this year because 2022 is an election, which will make it even more difficult for Congress to agree on a solution.

When asked about the judge's ruling on DACA at a town hall event on Wednesday night, Biden pledged that he is ”not going to let this go.”

“They should be able to stay in the United States of America,” Biden said of Dreamers.

Biden, with a fire in his voice, said that Dreamers “come here with really no choice,” adding that they are “good, good people.”

“We're going to make sure that a number of my Republican colleagues say they support the right of Dreamers to come,” Biden said. “They should be able to stay in the United States of America.”