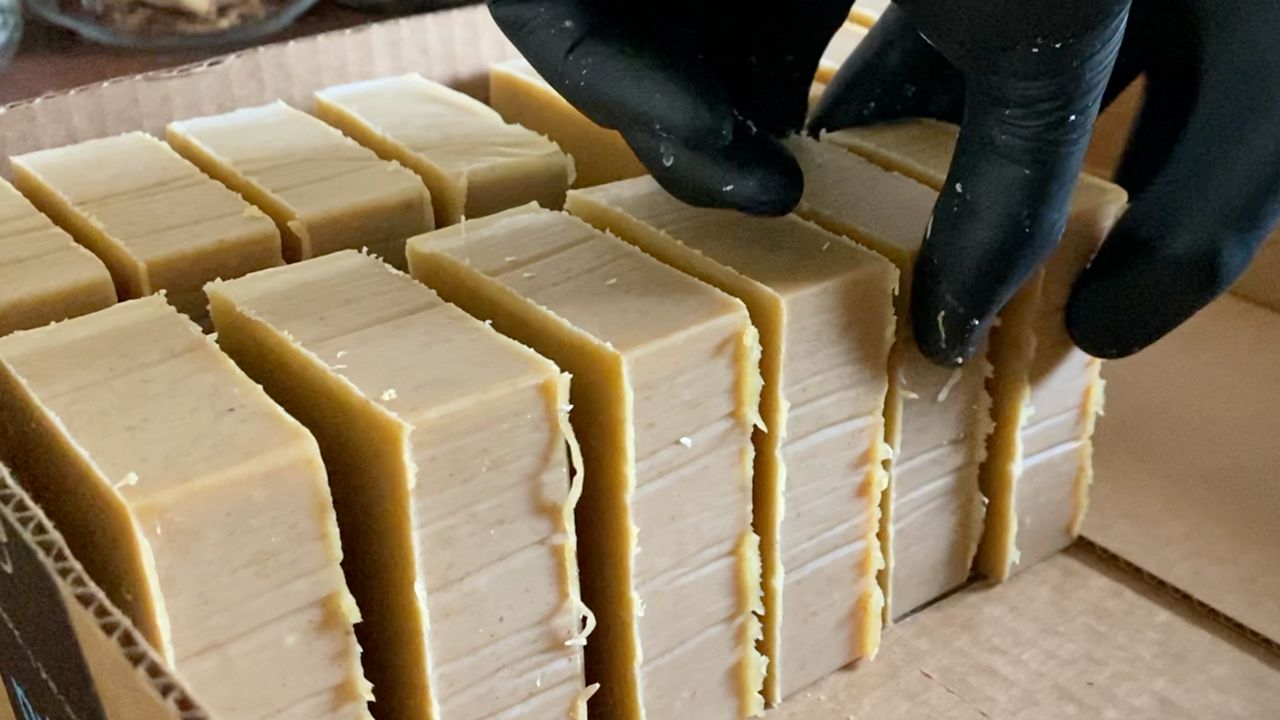 RALEIGH, N.C. — After seven years of trial and error, a mom in Raleigh has created "The Original Sunburn Soap."

They own WILD Organic Skincare and make soap, scrubs, sprays and more

Statistics show one out of every three Americans get sunburned each year, and the Angelinis want to help with that

When Brandon Angelini's mother got an awful sunburn, she tasked the couple to come up with a soap to help.

“We probably have 16 different soaps that we make and this one was like...we wanted to focus everything on it, because it's the one that helps the most people," Brandon Angelini said.

Monika Angelini used to only make soap on the side, while she pursued a career as a vet tech. But, once she realized her passion, she knew she wanted to pursue soap making full-time.

"I've made so much soap that just wasn't good, and I embraced the challenge," Monika Angelini said. "I embraced the learning and the experimentation, and I really found that my passion was almost being a scientist in my own way.”

According to the U.S. Department of Health and Human Services, more than one out of every three Americans report getting sunburn each year.

The Angelinis created "The Original Sunburn Soap" to alleviate sunburn's painful after effects, like peeling.

"The world didn't need another soap company that makes organic soap," Brandon Angelini said. "They needed a better one, and we wanted to be that company. We wanted to raise the bar. We wanted to do things that people said were impossible...we wanted to make a difference.”

The Raleigh business is run by Brandon Angelini's younger sister, Gabi Angelini. She has Down syndrome and says she had trouble finding someone to hire her because of it. So, she created her business with help from her mom, Mary. Now she employs other people with special abilities.

"It's important because I want my friends to have a chance to work with me," Gabi Angelini said.​

Right now, WILD Oragnic Skincare is run from the Angelinis' home, but they are looking into buying commercial space. In addition to "The Original Sunburn Soap," the couple also makes "The Original Suntan Soap."