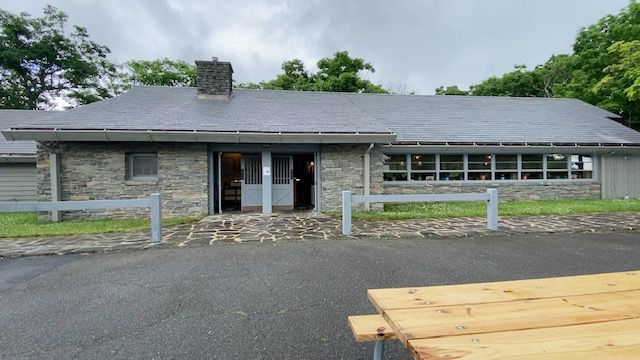 The Bluffs restaurant is back open on the Blue Ridge Parkway

BOONE, N.C. — Julia Hettiger grew up in Wilkesboro and after spending many years in Texas, moved back to Asheville.

Her family still makes a long drive every once in a while to get to their favorite restaurant.

"It's a family tradition, we used to come every week from North Wilkesboro, where I grew up for breakfast, lunch or Sunday night fried chicken," Julia Hettiger said.

"We would walk in the door and she would run and get a high chair and say, 'Here this is for Boo Boo,'" Hettiger said.

She remembers Ellen. Ellen was the longest running employee and one who made the experience what it was.

Parkway staff said they made the restaurant look like it did back when it first opened.

The Bluffs was the first restaurant to open on the parkway in 1949. It was shut down for a decade, but after raising money and a year of renovating, it opened back up in 2020.

It shut down again and opened just recently with a brand new operator. They brought back the original lights and found chairs that match.

They said this is much more than a restaurant but an experience for guessts.