From dawn to dusk: Behind the scenes at Big Rock

MOREHEAD CITY, N.C. — For spectators, the most exciting part of the Big Rock Blue Marlin Tournament is watching the fish come in and get weighed at the end of each day. However, the anglers put in a lot of work behind the scenes to try to make catches like this happen.

The boats leave around 5 a.m and have a three-hour ride into the ocean to their fishing location

Riley Adkin, the captain of the Social Distance, is competing for the second year in a row

Riley Adkins, captain of the Social Distance, arrives before 5 a.m. every morning to get the boat ready for the day. His team is allowed to fish in four of the six days of the Big Rock tournament. It's exciting, and Adkins seems to feel at home on the boat. He has been fishing his whole life.

“I went to college in Cape Fear for marine technology knowing that I was going to fish,” Adkins said. “So I've been running a boat for the last almost four years now. It's a full career.”

It's always been his goal to compete in Big Rock, and last year he got his first chance. Adkins and his team worked hard during the competition and walked away with the first-place blue marlin. He says when you see your first blue marlin there's nothing like it.

“I had seen a big fish, but I'd never seen a marlin,” Adkins said. “It was pretty spectacular. They do things out of the water that was absolutely mind-blowing.”

This year, he's been excited to do it all again. It's only 5:30 a.m. when the Social Distance pulls away from the dock. Adkins and his crew now have a two- to three-hour boat ride into the ocean before their day of fishing begins. 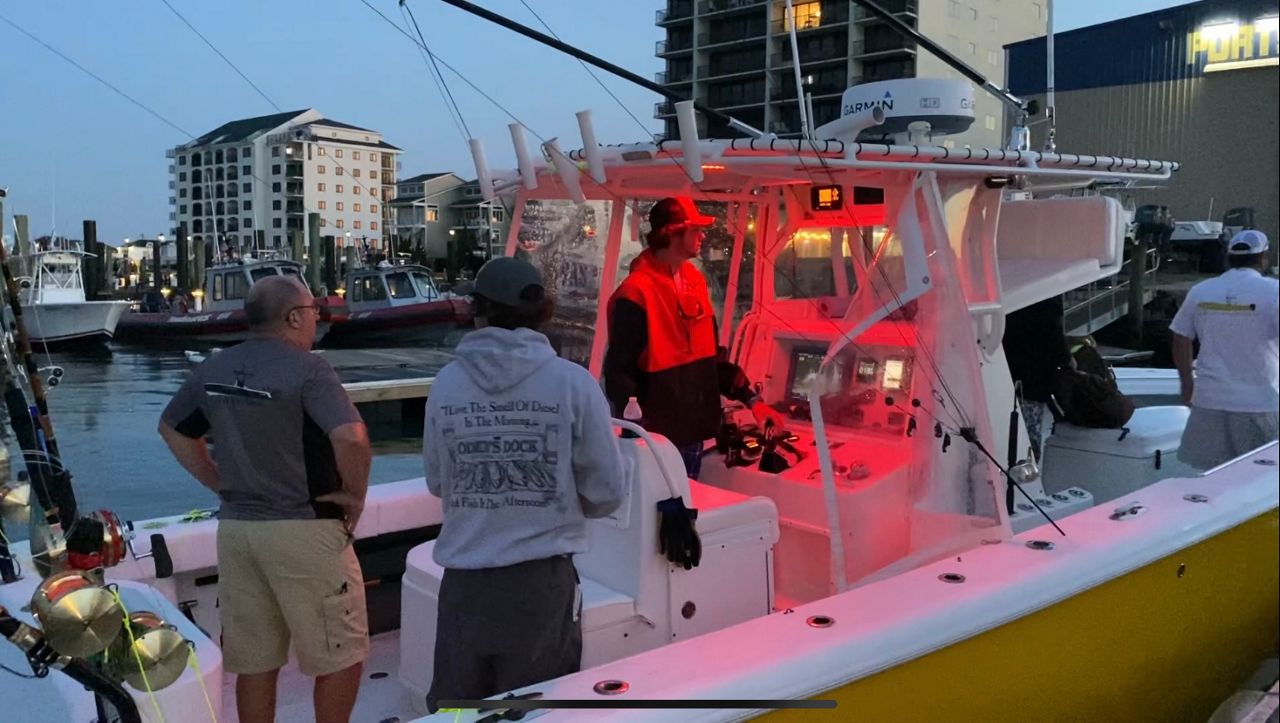 “We got to kind of sit out there and figure out where we want to be,” he said. “And then when they call lines in, we'll start fishing.”

Almost 12 hours later, the boats arrive back at the docks. The anglers' goal is to bring back the biggest fish, but it's not always easy to find where they are. 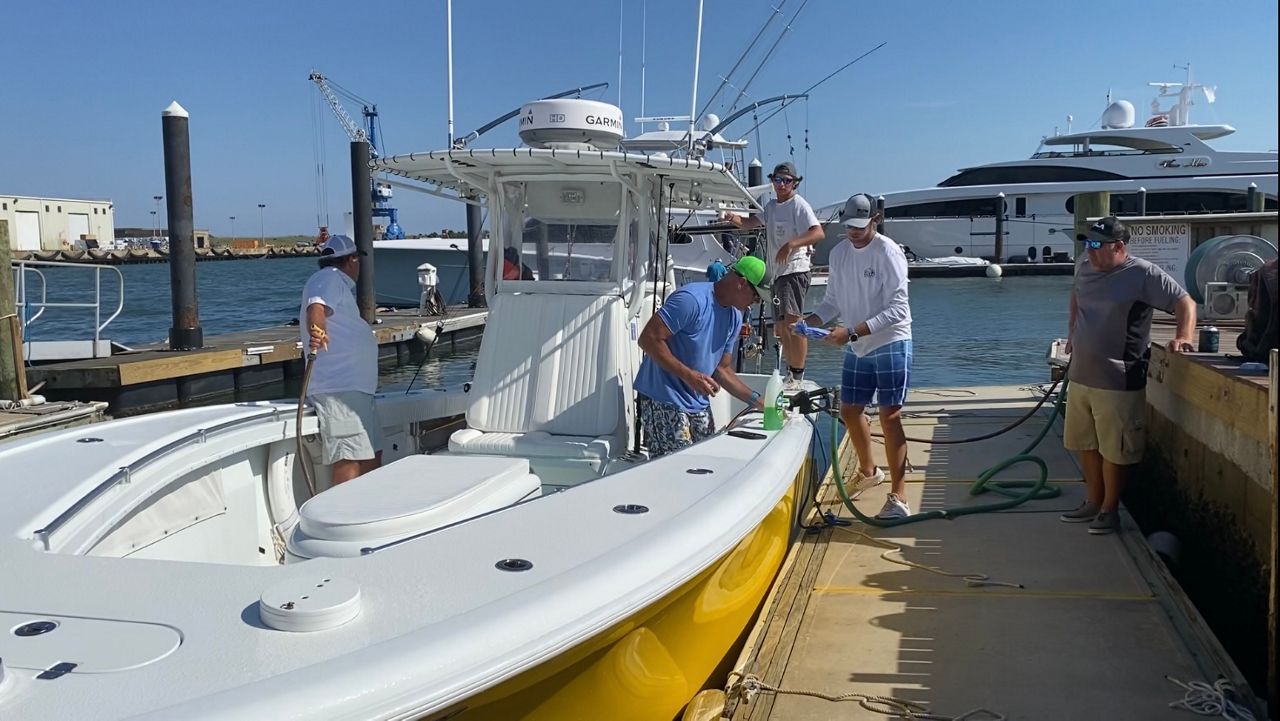 “You're really in a desert,” Adkins said. “So, you know, we were looking for any sort of life on the surface.”

After reeling in the winning 495-pound blue marlin last year, Adkins feels a lot of pressure to live up to his success. However, even if he doesn't catch the winning fish, the experience of being out on the water is still worth it. His favorite part is the camaraderie.

“The fishing is fun, but seeing everybody and hanging out is you know always fun to me,” he said.

At the end of the day, after everything is cleaned up and repaired on the boat, Adkins and his crew are ready to head home and prepare for their next day of fishing. 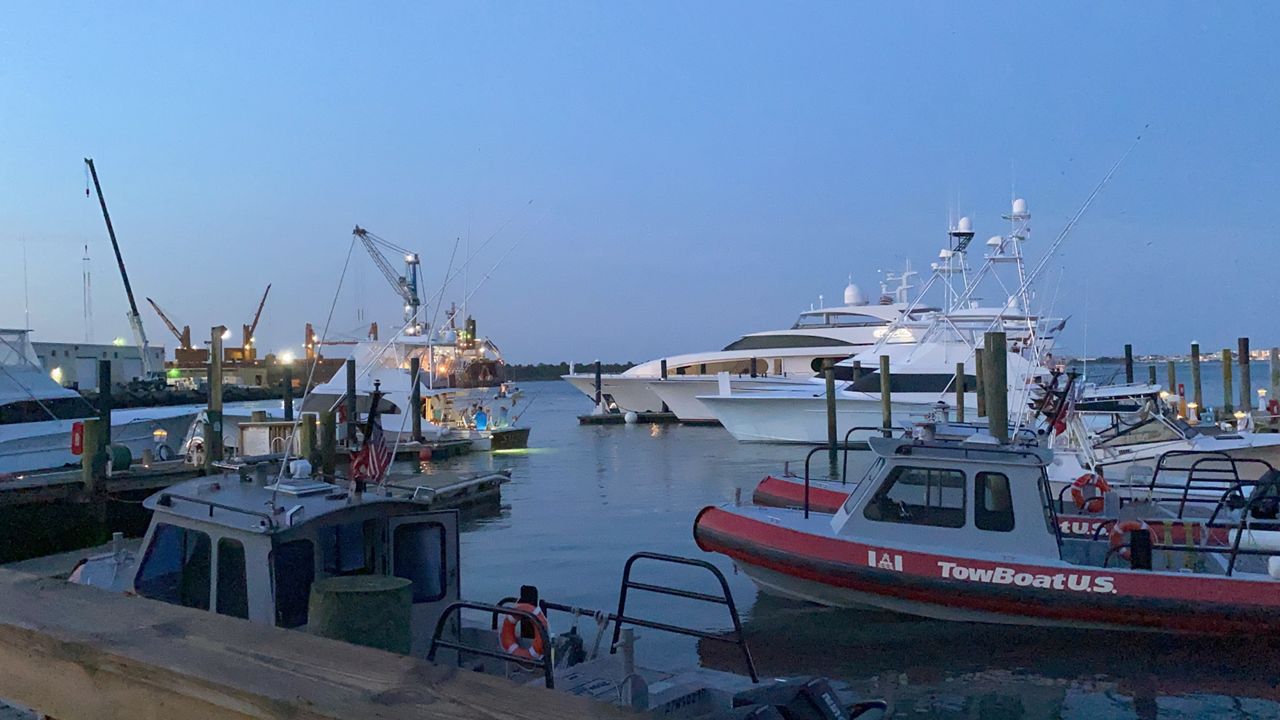