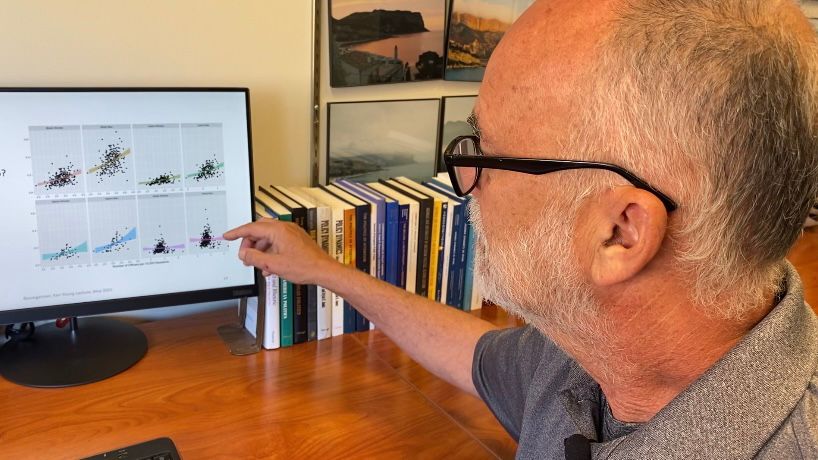 'It's targeted on men:' Developing research on racial bias in N.C. police arrests

He first published research in 2012 on traffic stop patterns in the state. Baumgartner says it's the most common way people interact with the police.

Now, he and his students are looking into North Carolina Admin of Courts data from 2013 to 2018. The numbers focus on the Black, Latino, native and white communities. For Black, Latino and native men and women, the more police there are per capita the more people get arrested. The same is not true in the white community.

These are questions that came up in the 1990s as well. In 1999 North Carolina became the first state in the country to mandate collection of traffic stop data.

"But, the issue disappeared from the political agenda after that. One of the things that's so interesting about the current moment since Trayvon Martin is that now we've been in a period of five to six years now of sustained attention to the issue of driving while Black and racial disparities," said Baumgartner. "I think that's to the credit of the Black Lives Matter movement and cultural change, and how a new generation of political activists has come into adulthood and refused to accept the status quo."

In addition to the protests, Baumgartner says he sees the differences in who is being elected.

"People [are] targeting county sheriff's elections and district attorney elections recognizing they can use the power of the ballot and the vote to overturn some of these criminal justice policies by electing new people who promise different policies."