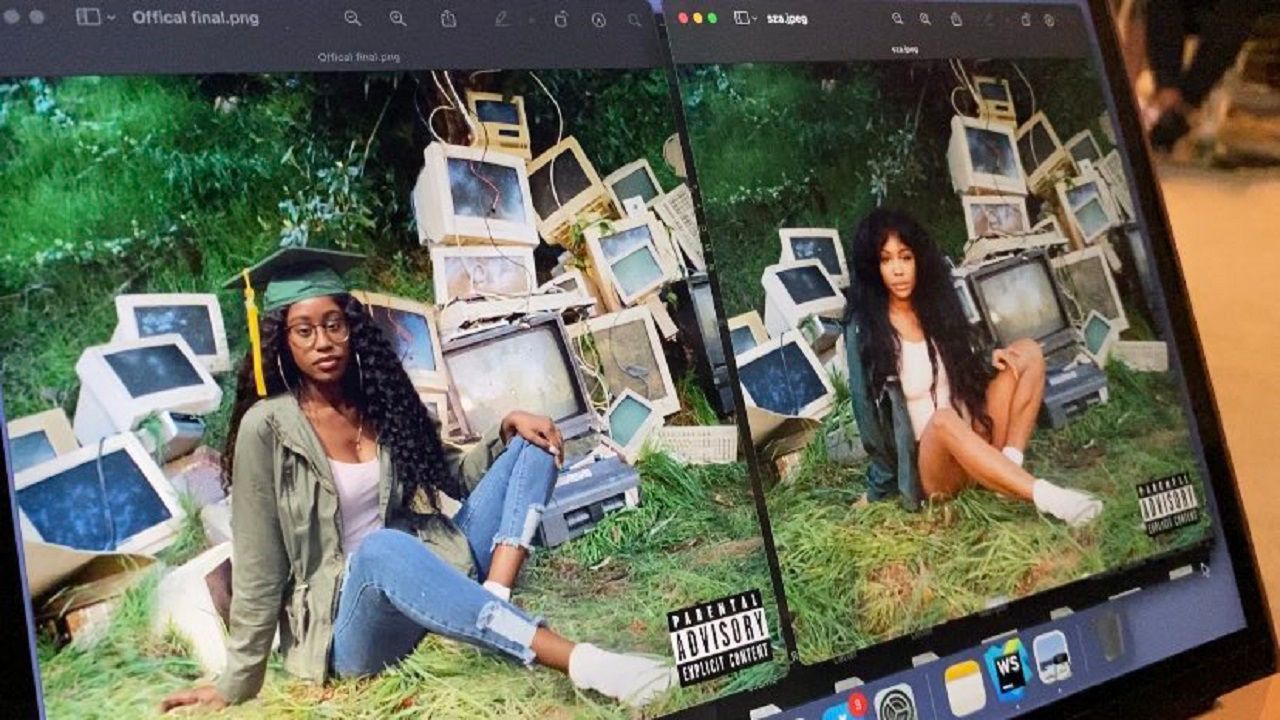 CHARLOTTE, N.C. — Students at UNC Charlotte are turning the tassel this weekend at graduation. One student is leaving behind a legacy for other UNC Charlotte students and for students around the country.

Maya Hamilton, a computer science major, said when she started taking classes at UNC Charlotte, there were times she felt out of place in her classes.

According to the National Science Foundation, women of color make up less than 10 percent of all bachelor's degrees earned in computing.

Hamilton did some research of her own to back up what she was seeing on campus. She interviewed women of color pursuing degrees in computer science to get a better understanding of what resources students need to succeed.

“One of the women said that she felt like people of color professors were more helpful and made her feel more comfortable,” Hamilton said.

Her research is going into a pamphlet that will be passed out to female students of color at UNC Charlotte who are coming into the computer science program.

“To be able to have research that backs up the information and experiences that I’m interviewing people about really proves that we have to do something about it,” she said.

In addition to her research, Hamilton wanted to encourage women of color to keep pursuing their passion. Inspired by SZA, one of her favorite artists, Hamilton created a graduation picture that reflected her love of computer science. She posted her picture to social media, and it went viral.

“I just thought maybe a couple of my friends and close family would see it,” she said.

She caught the attention of Women Who Code, Essence magazine, Alexis Ohanian and even SZA herself.

“I was on the phone with my mom, and we were just reading through the comments people were saying because they were so funny to us, and I was like ‘oh my gosh mom! SZA replied!'” she said.

Hamilton said the picture is doing more than shining a spotlight on her achievements, it’s helping women around the country.

“I think I’m more excited that it went viral because women are telling me how much of an inspiration the picture was, or they go to my Instagram and they read my story of how it really helped them, and made them want to stay in school and stay in computer science,” she said.

Hamilton said once her research is finalized, she also plans on posting it to social media and to a website so women around the country have access to resources and information for success.