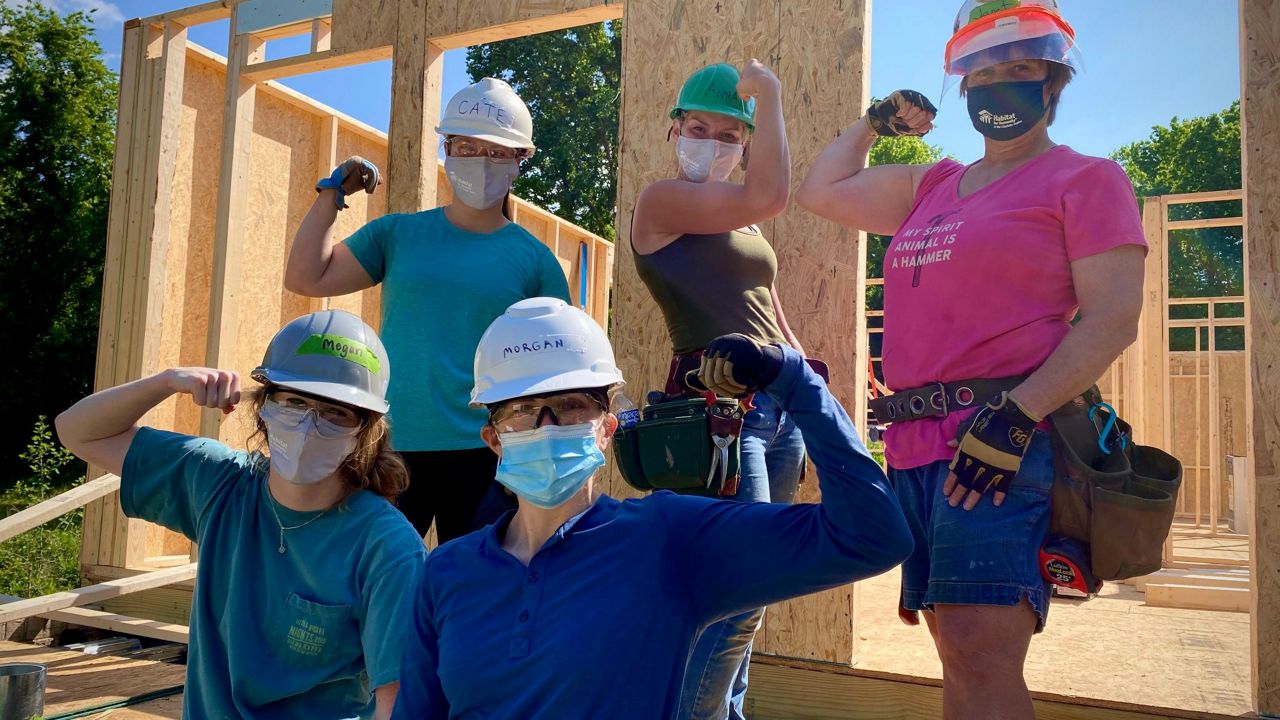 CHARLOTTE, N.C. — It’s a different way to celebrate Mother's Day — a group of North Carolina women coming together to build a house for a family in need.

It’s a Habitat for Humanity tradition that dates back 30 years, all to the first time an all woman crew picked up a hammer and nails to finish a home.

Anna Davis is a construction supervisor at Habitat for Humanity.

She’s leading the 30th anniversary of the women’s build and said it’s an honor to lead a group of women and break down the stereotype that it’s a field for men only.

“I see how they look at me, like, okay a woman in charge, whatever. But, then they start seeing my work ethic and everything, and I can see the change in how they approach me and everything and it just, it feels awesome,” Davis said.

Derrin Gleaton, will be living at this home with his wife and two young sons.

He said he works in a similar field with only men and having these women here building his home is an experience he can’t put into words.

“Words can’t explain how helpful this is and how amazing they are just to be building with women and having women build my house with me,” Gleaton said.

A moment that feels extra special on Mother's Day weekend, Davis said seeing her all women crew and looking back on how it all started 30 years ago is an emotional thing for her.

“We don’t typically think of women building houses, so having a whole crew of just women and being able to point to a house and say, 'yeah, this whole thing was built by women,' it's a huge deal and it makes us feel very proud,” Davis said.

Gleaton said when his two boys get older, he’ll tell them exactly that. This home was built by women.

“It’s amazing to watch them and learn more. I've learned more than I know about building a house in two days,” Gleaton said.

It is just as emotional for Gleaton as he helps build the home that will one day house many memories with his family.

“I told my wife yesterday, I was out here and I FaceTimed her and I was at home,” Gleaton said.

Building homes is what Anna Davis and many other women do.

She says she feels powerful, grateful and honored to be in the position she is and hopes to inspire other women to do the same.

“I really think it just shows the power of women, because a lot of the people that come through are women so there’s moms working on somebody else’s house and they know what it is to have a house for your kids so they can come home and feel secure,” Davis said.

This house will take about five months to complete.

This is one of three projects Habitat for Humanity is working on Mothers Day weekend.

They’re also helping with a critical home repair and rehabbing a townhome for a new owner.