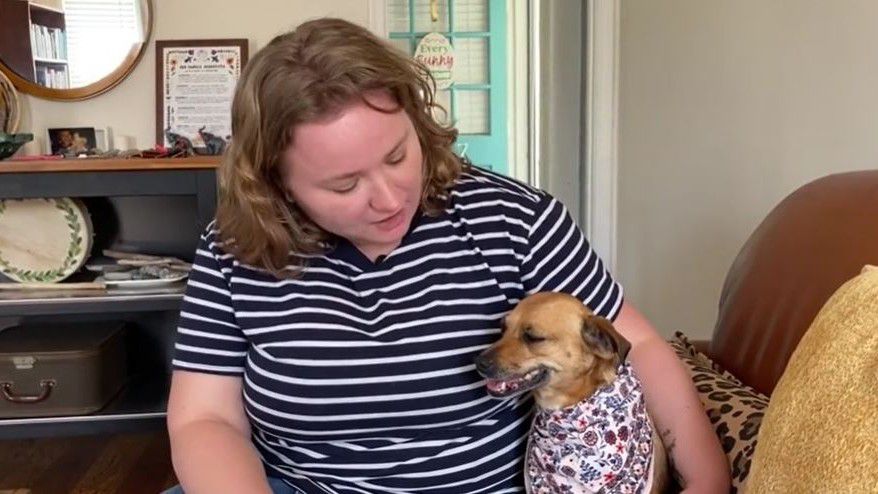 Mosquito season is especially dangerous for pets. Here's how to keep them safe

GREENSBORO, N.C. — Keeping your furry friend safe is especially key as a common pest starts to reappear along with the warmer weather.

"Our incidence of heartworms is very high. It's over 92 or 93 percent, so if they're not receiving the preventative consistently, there is a very high risk they are going to get exposed to it," Raczkowski says because the condition can be caused by mosquito bites.

Heartworm disease can lead to severe lung disease, heart failure, other organ damage, and even death if untreated. Treatment includes injectsion on top of the typical preventative measures.

"The sooner a patient is treated, the better off they are. We know that even having a positive heartworm test, we know the parasite has been there in their system for a minimum of six months already," Raczkowski says.

Victoria Budesa adopted her dog Ellie Mae from a shelter, and she found out her dog was coming with heartworm disease.

"She had a really good chance of surviving, but if it wasn't taken seriously enough, we could lose her," she says.

Ellie Mae's case was not uncommon because heartworms spread through the bite of a mosquito.

For her, the treatment lasted about a year and impacted all aspects of her life.

"She really was not allowed to play or run, and it definitely was hard for me to see," Budesa says.

Raczkowski says you should never skip your pet's monthly preventative measures, even if money is tight.

"In the long run, the risk of contracting heartworms and the expense of treatment are far greater than what it will cost to do appropriate prevention," she says.

Ellie Mae's heartworm treatments cost Budesa thousands of dollars, but now she is healthy again and Budesa does not regret anything.

"I wouldn't change it for the world. It gave Ellie a second chance at life that she might not have had if I didn't adopt her," Budesa says.