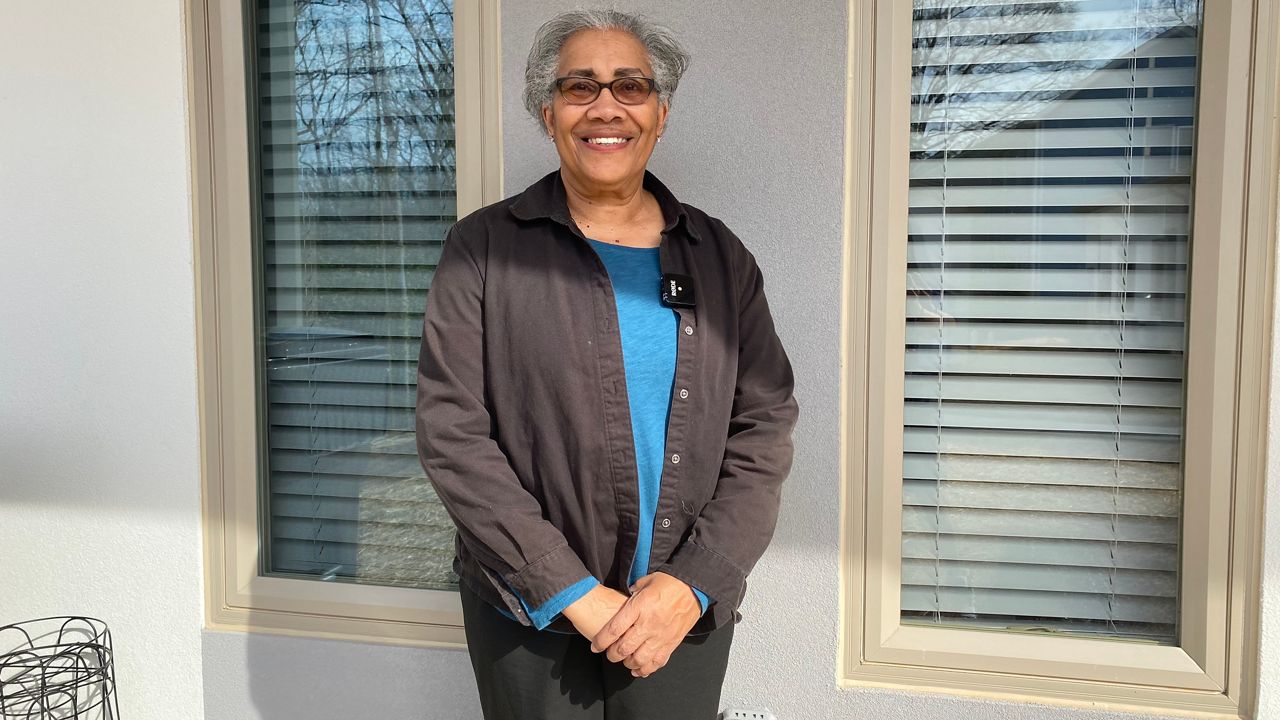 CHARLOTTE, N.C. — After struggling to pay rent, a Marine veteran is resting easier knowing she can afford rent in her new home.

Home Again Foundation, a nonprofit organization, built eight cottages for neighbors who were homeless or at risk of becoming homeless.

Blount owed two months of back rent at her previous apartment.

“I was working, trying to put money aside but it was a little overwhelming for me,” Blount says.

She was also having trouble finding affordable housing in Charlotte.

“They had a two, three year waiting list,” Blount explains.

Her experience is not uncommon in Charlotte. According to the City of Charlotte, in the city more than 55,000 people are in need of housing.

UNC Charlotte Urban Institute’s 2020 State of Housing Instability & Homelessness Report states the inventory of permanent housing in Charlotte and Mecklenburg County is decreasing while the need for permanent affordable housing is increasing.

In addition, the report revealed 70% of households with income at or below 30% of area median income are renting units at a higher cost they can afford.

Home Again Foundation aims to be a part of the solution.

The tenants cover rent with housing vouchers or pay out of pocket.

“Not only are we providing them with a safe place to call home, but also giving them that dignity of a new beginning and hope for a brighter future,” Cody says.

Blount moved to Small Beginnings with the help of Supportive Services for Veteran Families program of the Catholic Charities Diocese of Charlotte.

The SSVF paid for her $1,600 in back rent at her previous apartment and the initial costs associated with moving to the new community.

“There I had to pay utilities. Here I don’t. They helped get myself back in line financially,” Blount adds.

Blount, who is a pastor, wants to have her own congregation in the future. She said having an affordable place to live helps her in this venture.

All the cottages at Small Beginnings already have tenants.

The goal of Home Again Foundation is to build a 300-cottage community similar to it by 2022.