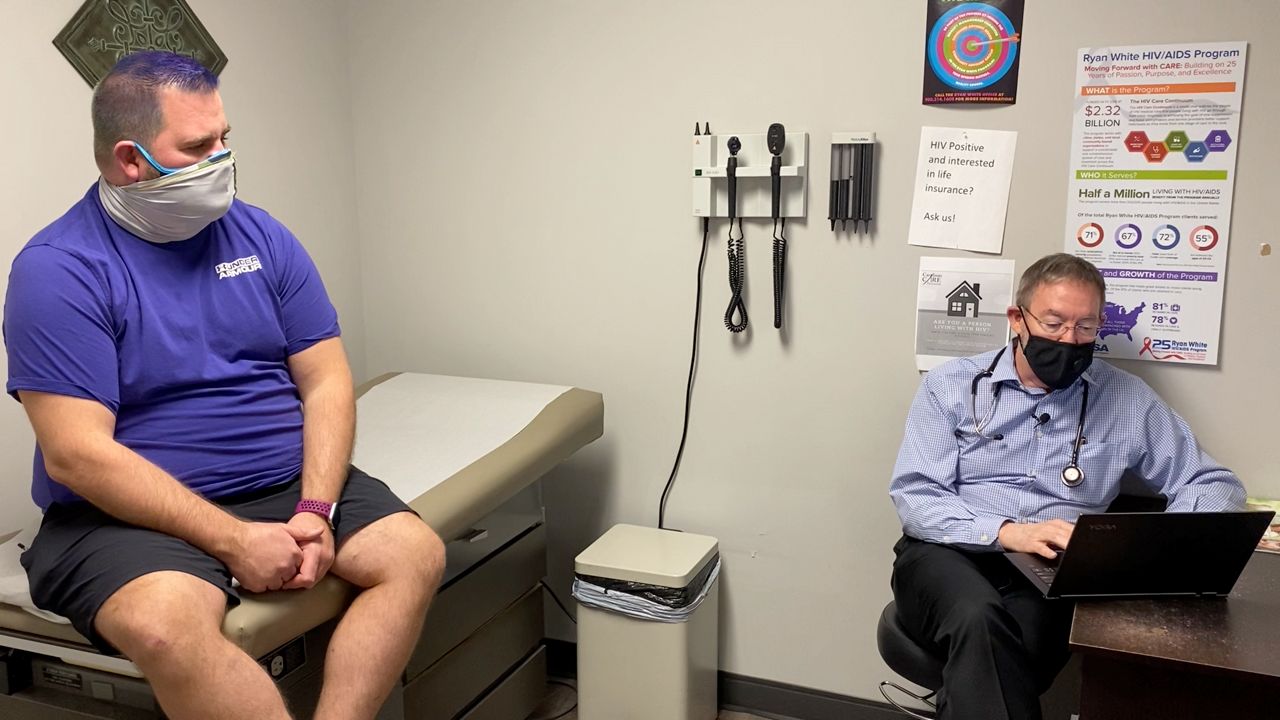 CHARLOTTE, N.C. — The Centers for Disease Control and local health care experts say the LGBTQ community could be more at risk for severe COVID-19 outcomes, due to underlying discrimination and a lack of access to health care.

The CDC published a study in February of this year, which says, "Sexual minority persons experience health disparities associated with sexual stigma and discrimination and have a high prevalence of several health conditions that have been associated with severe coronavirus disease 2019.”

The reason for the discrepancy in pre-existing conditions is also explained in the report.

"Because of their sexual orientation, sexual minority persons experience stigmatization and discrimination that can increase vulnerabilities to illness and limit the means to achieving optimal health and well-being through meaningful work and economic security, routine and critical health care, and relationships in which sexual orientation and gender identity can be openly expressed. Persons who are members of both sexual minority and racial/ethnic minority groups might therefore experience a convergence of distinct social, economic, and environmental disadvantages that increase chronic disease disparities and the risk for adverse COVID-19–related outcomes,” it states in the study.

The stigmatization and discrimination is something J. Wesley Thompson has been fighting against his entire professional career.

Thompson is a physician assistant at the Amity Medical Group, which runs two clinics he founded to be a safe and welcoming space for LGBTQ patients and others.

He’s been in medicine for 36 years and also happens to be a gay man.

"Being gay puts you on edge anyway and on the defensive. And, being able to talk so frankly with a member of our community, the LGBTQ removes so many barriers,” Thompson says.

He sees about 20 patients a day and many of them are LGBTQ.

"I think that’s the success story here, is patients can be themselves, sometimes almost too much,” Thompson says.

The clinic is Thompson’s passion and a one-stop shop handling appointments, X-rays, lab work, prescriptions, and financial assistance. The need for all those in one place was to make it easier for LGBTQ patients, which Thompson says lack adequate access to care.

"The LGBTQ population has more psycho-social challenges and social determinant challenges. Jobs are not as secure, housing is not as secure, food security is not always there,” Thompson says.

Combined, the difficulties facing the LGBTQ community make it more difficult to keep a regular doctor and routine. Meaning, patients struggle to keep appointments, prescriptions, and a regular eye on their condition, according to Thompson.

"Any of these social determinants can interfere with one’s ability to acquire health care and to maintain health care,” Thompson adds.

Thompson says the CDC study was no surprise. He’s been seeing the same trends in LGBTQ health care for decades.

"There were challenges before COVID came along, COVID just multiplied exponentially the challenges for the LGBTQ population,” Thompson says.

It’s something he recognized early in his career. Back in 1986, Thompson put an ad in a Raleigh paper, saying he was taking appointments for LGBTQ patients in need of a welcoming health care environment. After the ad, Thompson says demand for appointments was intense.

It is better now, groups like the Charlotte Transgender Healthcare Group, which Thompson is a member, is doing everything it can to connect LGBTQ patients with affirming and welcoming providers.

But, old stigmas and discrimination still exist. They are the reason Chris Wingard went searching for a new doctor.

Wingard says about four years ago, he had a doctor’s appointment. During the appointment, he asked to be prescribed a medication which can prevent HIV infection. Wingard says the doctor initially said he did not need to be on it, then found a reason to stop the prescription just a few weeks in, which made him uncomfortable.

So, he went in search of a new, more welcoming spot to receive regular care. Eventually, he made an appointment to see Thompson at the clinic.

Thompson says there could be multiple reasons some doctors and physician assistants are not comfortable with LGBTQ patients. They range from discomfort with taking non-heterosexual medical histories, a lack of training, and existing societal stigmas facing LGBTQ patients and their lives, according to Thompson.

All of these factors are why COVID-19 outcomes could be more severe for LGBTQ patients. However, there are other threats COVID-19 is creating as well.

Thompson, a certified HIV specialist, says he and other HIV experts are concerned about, and already seeing, an increase in new HIV infections. He attributes the increase to the pandemic’s impact on cancelled health care appointments and new financial difficulties. Meaning, existing HIV-positive people missed appointments, could no longer afford HIV-managing medication, or afford HIV-preventing medication which can prevent new infections, or some combination of all three.

But even with all of the challenges facing the community moving forward, Thompson says after nearly four decades, he has no plans of slowing down. He says as long as people like Wingard keep seeking out his clinics, Thompson will keep a welcome sign on the door.

"It’s a sense of humbleness and gratitude that I get to serve, because that’s the whole reason I went into medicine was I wanted to help and serve. And, I found my niche,” Thompson says.