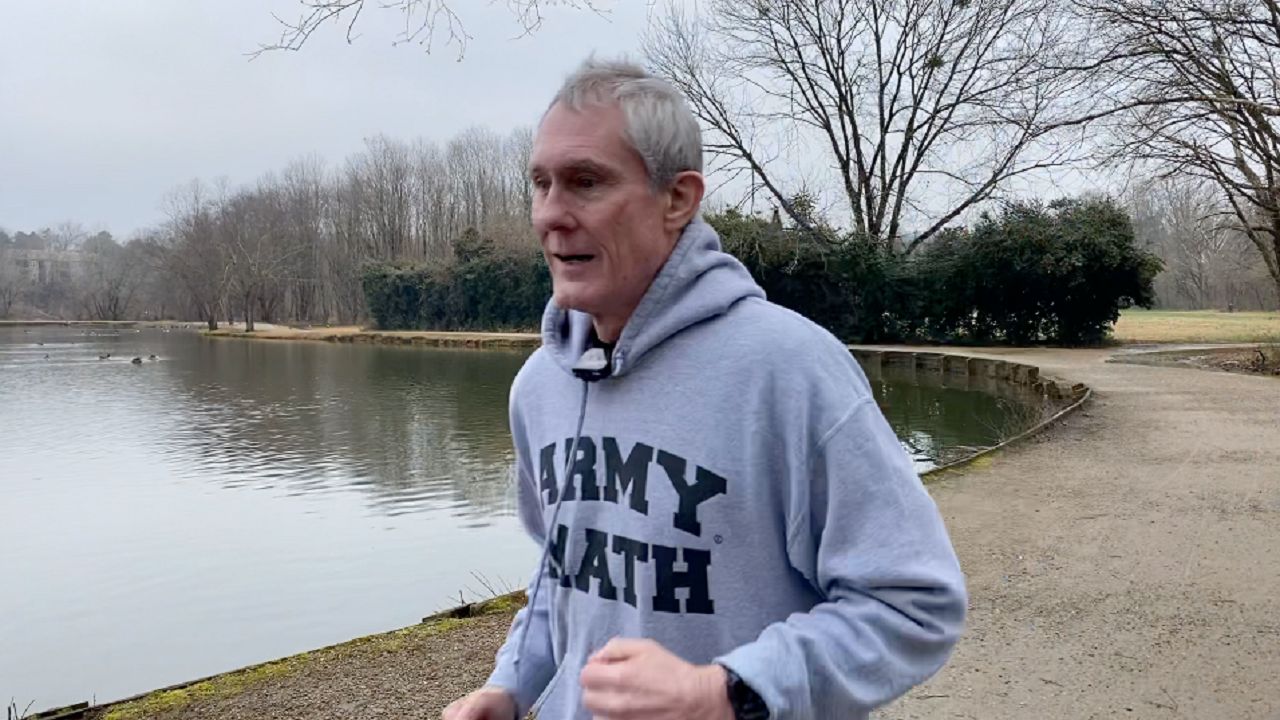 CHARLOTTE, N.C. — Ken Whitley has been running for as long as he can remember. He has even kept up his running during the toughest years of his life. He was diagnosed with glioblastoma in February 2017. At first, doctors tried to surgically remove his tumor. Then, they tried chemotherapy and radiation.

“My tumor grew through all of that,” Whitley says. “This was a very resistant tumor.”

The normal life expectancy for his cancer is usually one to three years. The expectancy decreases if treatment doesn’t work. His family started preparing.

“We were going through planning his funeral and end-of-life documents,” his wife, Cathy Whitley says.

But then they found out about a new treatment in clinical trials at Duke Cancer Institute. It was a treatment that gave them both hope. Oncologist Dr. Annick Desjardins is leading the study.

“They drill a small hole in the bone or the skull,” Desjardins says. “It’s just above the tumor. Then, they put a small needle in.”

It’s similar to a brain biopsy, but instead of taking a sample out, they put something in the brain. In this case, it was a bacterial toxin that attached to the receptors of the tumor cells.

For the first time since his diagnosis, Whitley was seeing promising results. The treatment helped shrink his tumor from the size of two small limes to the size of a pea.

“I think what really helped with Ken was the fact that he was in such good health,” Desjardins says.

Whitley tried to stay physically active as much as he could during treatment. He would walk or run as much as possible.

“It’s really inspirational that he gets up every day and says, 'I need to run or exercise today,'” Cathy Whitley says.

Without the treatment, Whitley may have survived a year. Now, he has lived with glioblastoma for four years. He hopes to live many more.

“A local neurologist looked at the scans and said, ‘Ken I have never seen glioblastoma do this. He said this is unreal.’ I said, ‘no, this is the work of God,’” Whitley said.

Doctors could not release the results of the clinical trials so far since they are only in phase two. At this point, they have figured out the right dose of the toxin to administer and will continue testing that in phase three. Doctors say it will still be several years until this is a mainstream treatment.