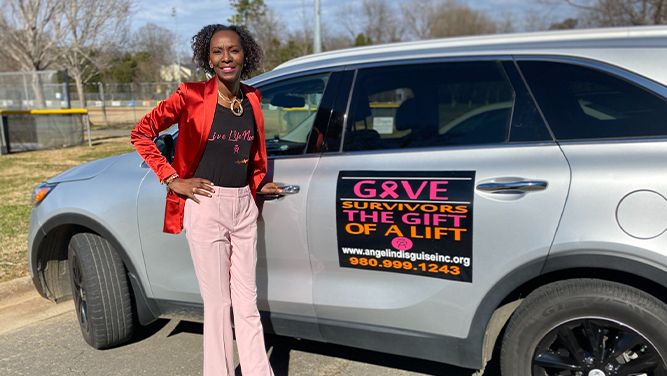 CHARLOTTE, N.C. - Cancer patients often have several appointments they need to attend for treatment. But what if they don’t have a car or simply need a ride? That’s when Angela Baker comes to help out.

Carolyn Sanders was diagnosed with stage two breast cancer in Nov. 2020 at the age of 29.It was right before her 30 birthday in December.

“When they first told me, I hollered and I screamed to the point where my head hurt,” Sanders says. “I didn't take it good at all. It ruined my birthday.”

The next thing she knew she was scheduling appointment after appointment. That was tough because she didn’t have a car. Luckily, someone came to the rescue. Angela Baker started giving her rides to medical appointments free of charge.

“I’d be lost without her,” Sanders says. “It means the world to me, for her to actually come get me.” 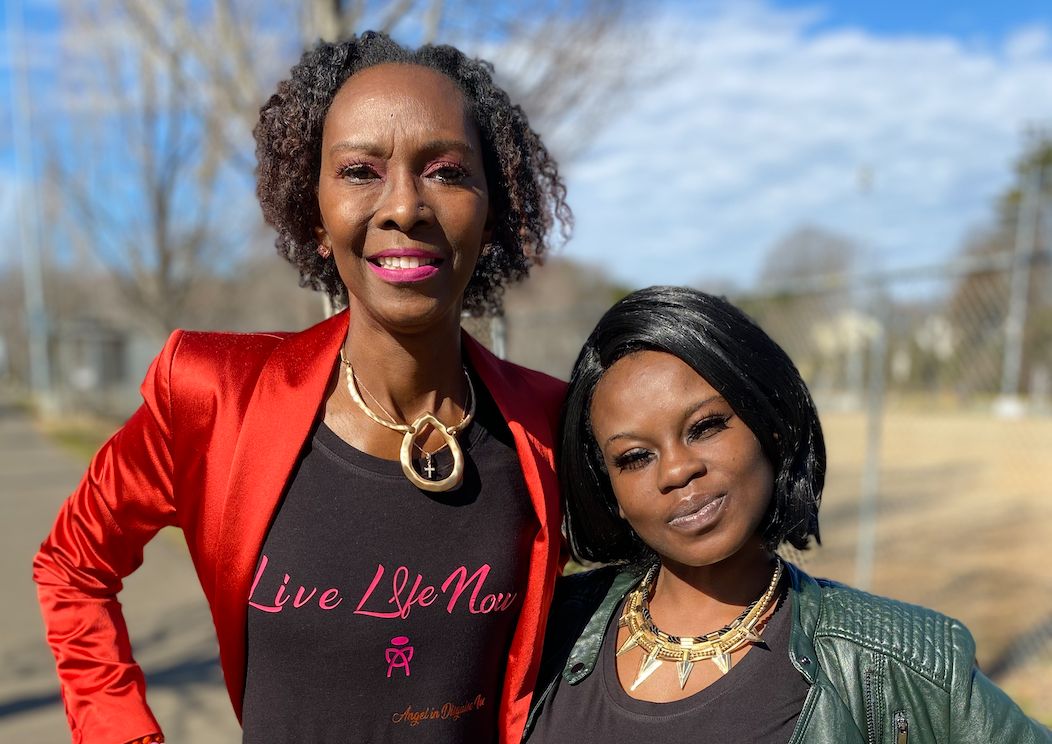 Baker is doing it through the non-profit she started five years ago called Angel in Disguise. Baker says during the pandemic there has been an uptick in demand.

“A lot of organizations have stopped because of the pandemic,” Baker says. “So I have gotten more calls from both of the healthcare networks here in Charlotte.”

But it hasn’t slowed her down. Since the non-profit started Baker and a few of the board members have helped drive patients more than 21,000 miles. In total, they have given rides to more than 1,600 patients.

Baker says she used to go inside and wait with the patient, but due to COVID-19 restrictions, that is normally not allowed. Now, she usually waits in the car.

“I was in the car for six hours one day, taking a patient from place to place,” Baker says. “I call them my vidas because vidas means life.”

Baker has a personal connection to these patients. She has stage four metastatic breast cancer. It’s something she’s been battling since 2003.

“In 2014, I started helping people because I was out of work,” Baker says. “I started out just doing errands for people and I was charging at the time. Then, I came across a breast cancer patient who couldn’t afford to pay, but needed to go to her breast cancer appointments.”

Baker says that moment changed her life. She spent five hours that day driving the woman to her appointments.

“I thought, ‘if she has this issue there has to be other people,’ and then I said, ‘I’m going to make this into a non-profit,” Baker says.

Since Baker is still battling cancer herself she says some days it can be tough. But anytime she is well enough, she drives.

“It gives me a sense of purpose,” Baker says. “Everyone always wants to find their purpose in life and I guess I found mine.”

Sanders says Baker even calls her to check up sometimes. It’s a friendship and kindness she will never forget.

Angel in Disguise is accepting donations to help cover the cost of rides. For more information visit their website.