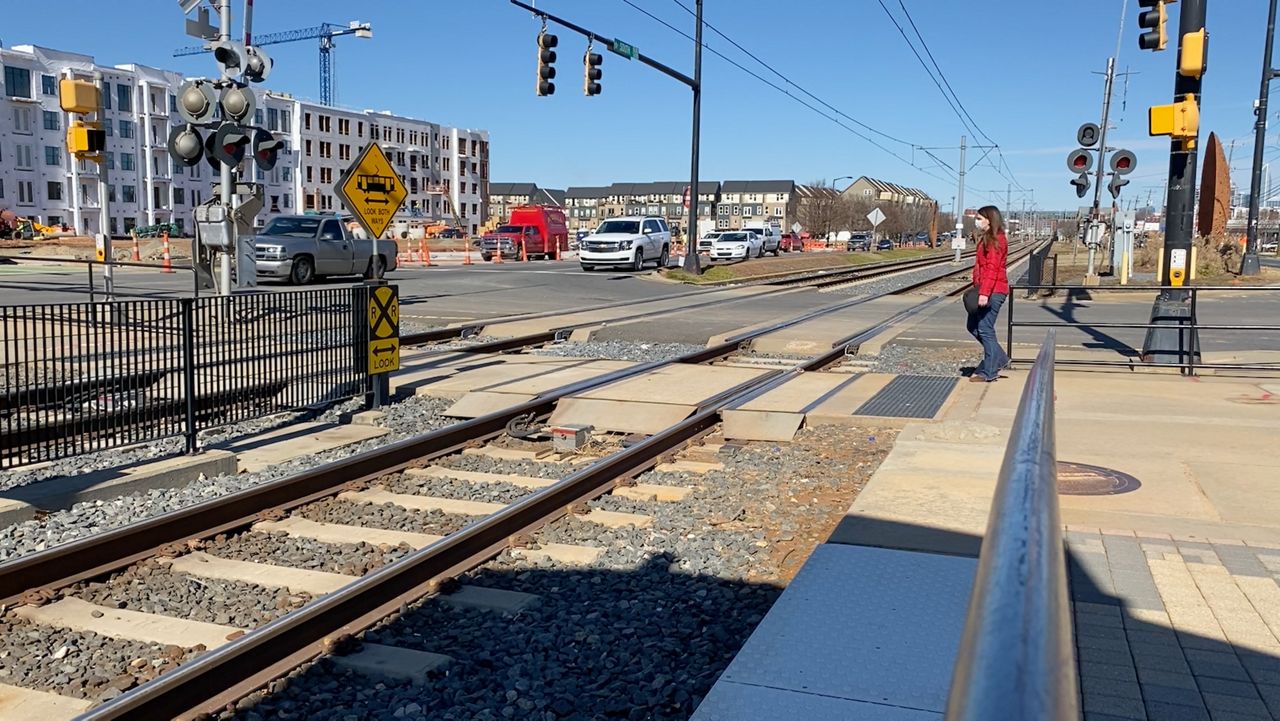 CHARLOTTE, N.C. — The Charlotte Regional Transportation Coalition is on a mission.

The coalition of more than 20 groups and organizations wants two things — more equitable transportation options and a better connection amongst Charlotte’s many neighborhoods.

The coalition, which formed officially in December of 2020, held its first meeting in January and plans to continue pushing for better transportation options as the city grows in the coming decades.

While visiting the light rail at Scaleybark Station for the first time in months, Fencil says she’s already noticing changes, which she says prove an important point.

“This construction behind us really shows that there’s a very strong demand for people to be able to live close to public transportation. To be able to live somewhere where they don’t necessarily need a car to get to work, to get to the grocery store, to get to dining,” Fencil says, gesturing to a large multi-unit housing project being built across the street.

She says the goal of the coalition is relatively simple, even if solutions will take complex planning.

However, more train and bus stops are not the only purpose and represent an oversimplification, according to Fencil.

They also want to broaden economic and employment opportunities for people without equal access to vehicles and easy public transportation rides to work.

"Nationwide, commute time is the single strongest predictor of whether a family escapes poverty. And in Charlotte, it’s an average 90-minute, one-way trip time on public transit for a person who has to make connections,” Fencil says.

COVID-19 accelerated the coalition’s launch plans, but actually did more to highlight the economic pitfalls waiting for folks without easy access to transportation and community, Fencil states.

She says it’s not just access to jobs. More affordable transportation infrastructure could improve access to grocery stores, healthcare, and better schooling. Not to mention, as Charlotte continues to grow, so will the number of vehicles.

"Everyone’s life could be better if we had more ways to get around without a car,” Fencil says leaving the Light Rail station.

Rickey Hall and Jordan Brooks-Adams are part of an organization, which joined the coalition.

Hall is the board chairman of the West Boulevard Neighborhood Coalition, and Brooks-Adams is its current executive director.

"We are a pedestrian-orientated community, so it makes sense for us to be part of an advocacy body that looks to put all these connections together,” Hall says while on a walk.

The two say the Transportation Coalition’s work to expand public transport, pedestrian walkways, and greenways makes it a better life for everyone.

"When you consider a family that has to take multiple buses just to get to a grocery store, then they’re going to shop in an area that’s convenient that may not be the most healthy. When you consider disconnected parts of the city, then that limits even people’s access to jobs, to homes, to schools,” Brooks adds.

Together, the two want to make sure Charlotte’s decisions in the 2020s improve transportation connectivity without leading to gentrification and displacement.

Hall says too often, in his view, major transportation and infrastructure improvements lead to displacement of minorities and less financially resourceful families. They hope their work with the Transportation Coalition gives them a seat at the table as Charlotte plans its future.

The West Boulevard Neighborhood Coalition represents roughly 19,000 people and 9,000 families across 18 neighborhoods, according to Hall.

The Neighborhood Coalition now has a liaison on the Transportation Coalition, to try and make the future a smoother ride together.