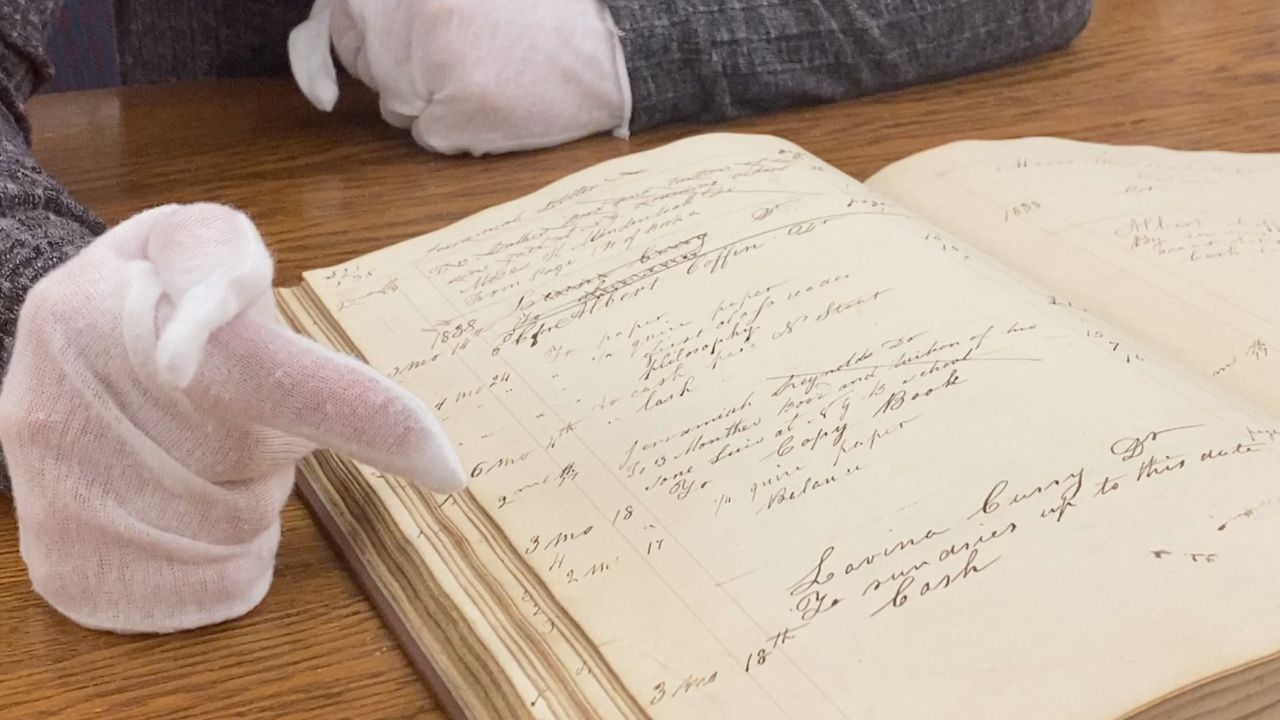 GREENSBORO, N.C. — Guilford College is uncovering a lost part of history tied to the Underground Railroad.

Vina Curry was a free Black woman who lived at Greensboro’s New Garden Boarding School in the 1830s, which is now known as Guilford College. She was married to a freed Black man, Archibald Curry. After his passing, Vina Curry held on to his freedom papers, lending them to Black men who resembled his description, looking for freedom through the Underground Railroad.

Curry lended her late husband’s freedom papers to at least 15 Black men who were led by Levi Coffin to the Midwest. This act was illegal and punishable.

“At that time, according to the slave codes, there were so many codes against helping freedom seekers. One was 39 lashes on your back. If we were to magnify that by 15 or 16 times, she would’ve died for sure,” says Guilford College’s Krishauna Hines-Gaither.

Vina Curry's name was mentioned in a paragraph at the end of an old memoir written by Levi Coffin's relative. Historians at Guilford College don’t know much else about Vina Curry. They found her name in ledger books dating back to the 1830s, where it lists her payment for housing at the boarding school and some supplies. The last time Curry’s name appears is 1843. Historians at Guilford College know Curry had seven children. Now, they are searching for descendants and answers to many questions.

“There are lots of layers of vulnerability that were at play, and I think that makes her courage and her acts of bravery towards others, helping others find freedom all the more powerful,” says Professor Sarah Thuesen.

Guilford College is planning to install a historical marker to honor Curry and her contributions to abolitionism. One of Thuesen’s classes has been tasked with the important project of deciding how to properly envelope Curry’s legacy in a few short words on a plaque.

Guilford College wants Vina Curry’s story to be known, as many others who did what she did remain unheard.

“It also reminds us that there are so many others whose names do not show up in the records, wondering how many more people like her were active in our region and continue to go unnamed,” says Archivist Gwen Erickson.

Guilford College is part of an international group of academic institutions that explores its ties to slavery and universities studying slavery. The college hopes to dedicate Curry’s marker when they host the international conference on campus in 2022.