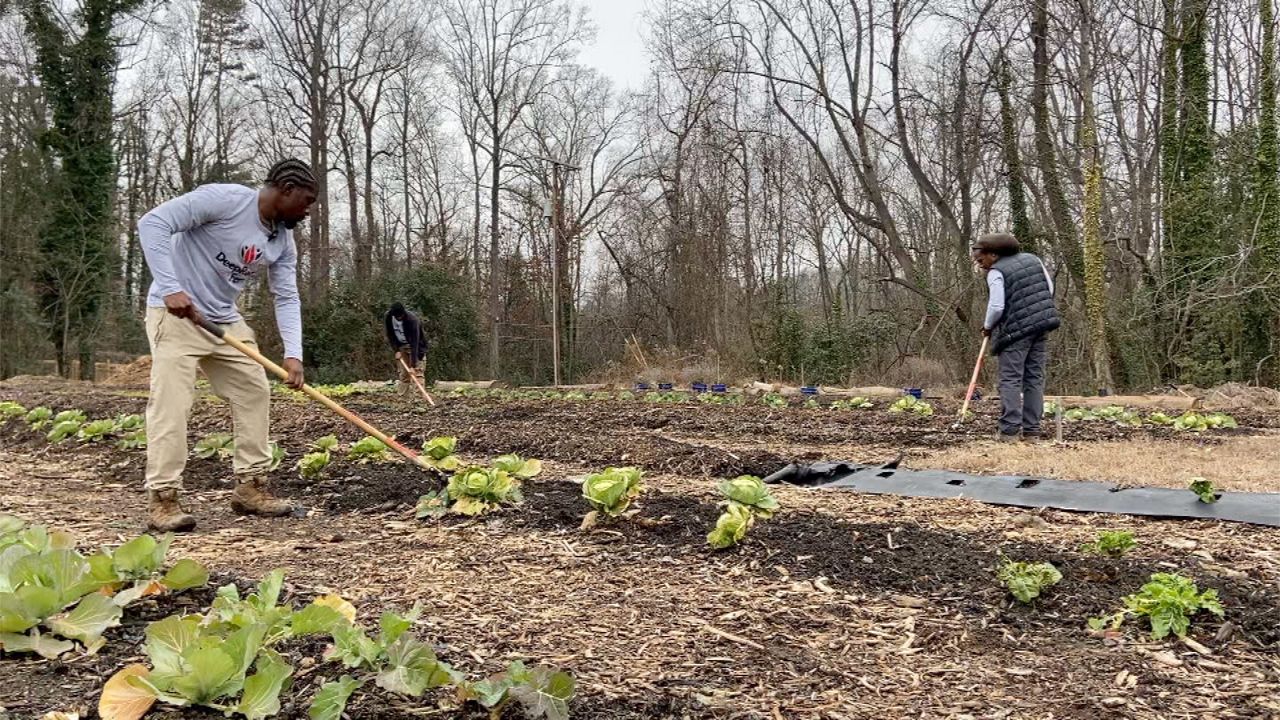 CHARLOTTE, N.C. — The Department of Agriculture’s last census in 2017 showed 95 percent of farmers in the United States are white.

That leaves a small group of Black farmers in our country with some being right here in North Carolina. One Charlotte urban farm business is working to change that by making sure they cultivate more African-American farmers.

On a cold Friday morning Wisdom Jzar is outside working. Jzar is a first generation farmer that runs his own urban farm business called Deep Roots CPS Farm.

“We got a little big for our yard and we started to get satellite plots and eventually it came into saying let’s go full blown,” he says. “Let’s not just do this for ourselves to sustain ourselves, but what about others in our community and that’s Deep Roots.”

Farming around his home soon expanded. Now, he and his family manage multiple properties across Charlotte including the Farm at Aldersgate.

Getting into the farming business made Jzar realize something though.

“There’s not that many Black farmers as compared to our population and our need. We said 'you know what? This is exactly where we need to be,'” he says.

Jzar soon started an apprenticeship where he hired Samuel Hargrove.

Hargrove’s friend, Khyle Kelly, grew interested in his apprenticeship so Jzar decided to hire him too.

“I think knowledge is worth more than anything,” say Kelly. “This is something that really can give us sustainability when really we won’t have enough money to go out and get groceries. You know we can learn how to make a little garden and get an extra meal at night.”

This apprenticeship is not just about learning this trade, but ultimately cultivating more Black farmers

“It’s not just I’m working for him and I’m making him money. It’s he’s investing his time, his money his effort, his energy towards me,” says Hargrove. “So, I mean with that it feels a lot different. It feels like we’re working together and not that I’m working for him.”

Farming is no easy job, but Jzar is planting the seeds that will grow into better opportunities for his community.

They sell their food at farmers markets in Charlotte and also on their website.  If you are interested in learning more about their farm or purchasing fresh foods you can find more information here.