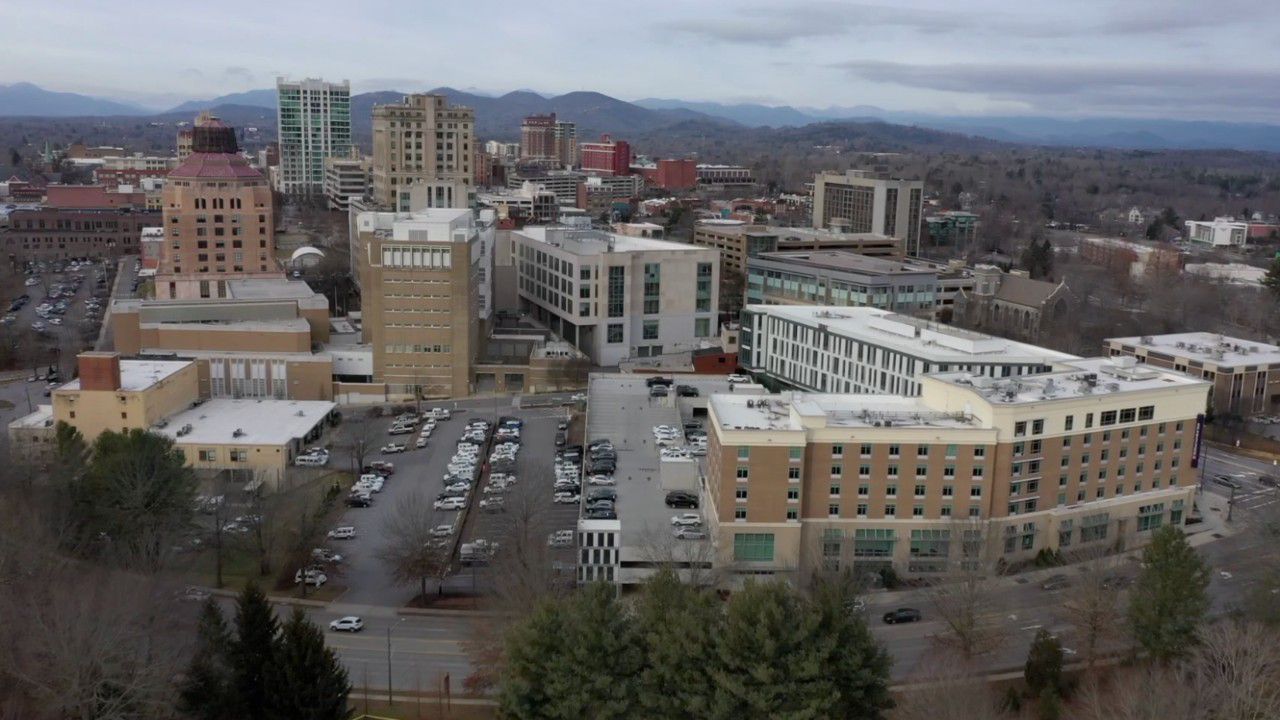 Housing Market Impacted by Influx of People Moving to Asheville

ASHEVILLE, N.C. – North Carolina is the ninth fastest growing state in the country, according to U-Haul.

The company tracks one-way trucks entering states and then compares that to the number of trucks leaving that state in the same year.

In 2020, those one-way trips to North Carolina were up 11%, and the city of Asheville is particularly feeling that growth.

But, why are so many people moving to the area? Is it Biltmore? Breweries? Restaurants? The mountain views and the hiking?

“We’re secure in the little hug of the mountain or something,” says Adrienne Miceli-Trask, who recently moved to the area. “Here we are, and the mountains are all around us and I just love it.”

Trask moved to the city from Florida. A lot of driving factors brought her and her husband here, a key one being they’re both auto-immune and didn’t like the COVID-9 response where they were.

As much as they wanted to get to Asheville, he says finding a place to live was hard.

“We just kept pushing and it’s kind of like everything kept dissolving, nothing was working out,” she says. “It became very frustrating, so that’s when my husband decided ‘I just got to go up there’.”

And that’s what he did. He stayed in an Airbnb for 10 days visiting several houses and FaceTime-ing his wife to get her input.

However, they didn’t find their home through a realtor, or rental sites like they thought they would. Instead, they found it through Facebook.

“It wasn’t even advertised out there on Facebook or anything. It was all pretty much me searching through comments,” says Trask. She did scoured through Facebook posts, determined to find her next home, and it paid off.

Heather Collins and her family moved to the city early 2021 from Virginia.

“People everywhere if you say ‘hey we’re looking into Asheville’ they’re like ‘you have to go to Asheville, North Carolina it’s the best place ever!’ and you’re like ‘really, why? What’s going on there?’ and you look around and there’s just so much to offer,” says Collins.

They had a similar struggle to Trask, being unable to find a house and everything they looked at would sell within 24 hours.

“We signed a lease a couple months early so that we could live here,” says Collins. “So, we paid two months extra to have a place to live because of how fast everything was going.”

On top of housing being an issue, she says it’s been impossible to find childcare. She keeps getting wait-listed or told to call back in the spring.

Heather runs a mobile vet practice, and her boss wanted her to relocate to what she called “the most dog-friendly city in the country.”

AAA Storage World is feeling the effects of everyone moving to the city and business is booming.

“The dealers are getting overwhelmed with trucks coming in from other states,” says Manager Andy Nelson.

So many one-way U-Hauls have been coming to Asheville, Nelson has had to turn away over a dozen trucks, asking that they drop them off at other locations, sometimes in nearby cities like Hendersonville or Weaverville.

He has u-hauls wrapped around the entire facility, almost all from out of state. His storage units are also full with newcomers and locals.

“We’re getting the same folks moving in from out of state that are coming here to rent their storage facilities too because they’re waiting on to buy a house or try to find an apartment,” says Nelson.

He says some of his customers are locals who just sold their house a lot sooner than they were even able to find another home. So, for the time being they’re having to store their stuff.

“Storage is, it’s big right now,” says Nelson. And obviously, so is moving to Asheville.