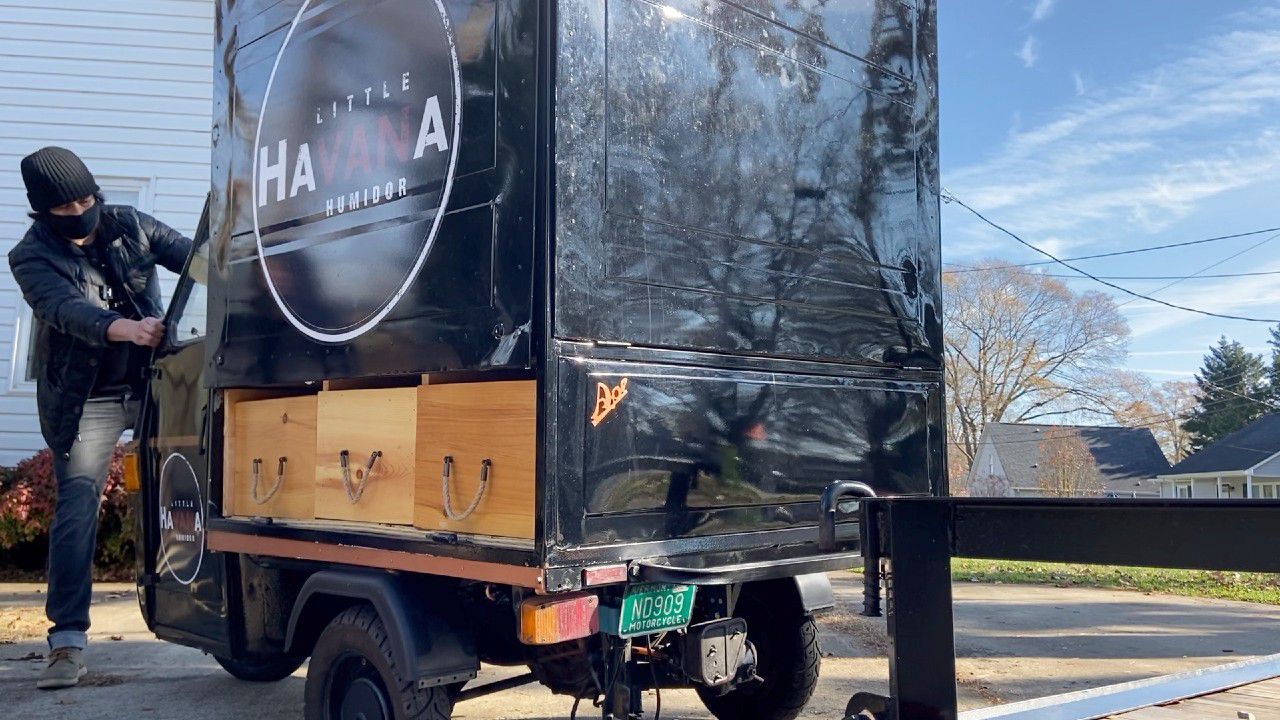 BELMONT, N.C. — The pandemic has forced many businesses across North Carolina to close, but it’s also forced even more local business owners to get creative to stay afloat.

He paired the motorcycle with his love of cigars to create a mobile cigar business called the Little Havana Humidor. His business was born right as the pandemic hit the United States and began shutting things down.

“For a good month, two months we had product that we just couldn’t move and we were trying to figure out well what do we do now,” says Martinez. “What’s going to be our business model, do we just ride out the pandemic?”

His wife pushed him to create a website and eventually he started delivering his cigars. Right now, the Little Havana Humidor isn’t drivable but the motorcycle is a key part of Martinez' business.

“It’s very eye catching and you put anything on this and people want to see what you’re offering,” he says.

Martinez says so far it’s been an interesting ride, but he’s excited to see just where his little Piaggio Ape takes him next.

“It was in me for a long time to do something and when my wife said 'hey I think you should do it' and then I felt it, I knew that was the point where 'okay this is going to fly,'” he says. “This is going to go whether it crashes or burns I’m going to go out and do this business.

Martinez is actually from the neighborhood Little Havana in Miami, so that’s how his business got its name.

He currently delivers cigars all over the Charlotte area and across Gaston County.