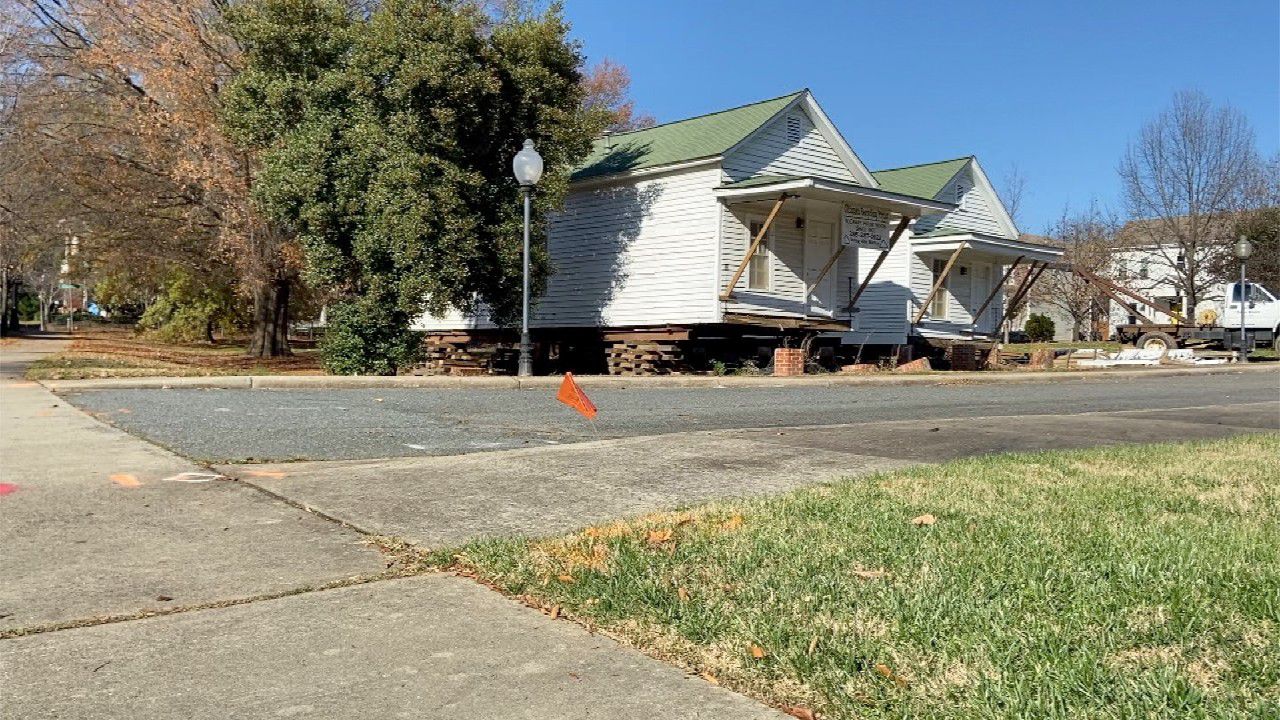 CHARLOTTE, N.C. — In the early 1900’s, many African Americans in Charlotte lived in shot gun houses that took over a part of Uptown.

By the late 1900’s, urban renewal came along and many of those homes were destroyed. Two of these historic homes survived and are still standing in Uptown Charlotte just off East 7th Street.

“Essentially, both of these homes were located in Charlotte’s Blandville community, which was off of Bland Street, which is adjacent to First Ward in Uptown,” says Charis Blackmon, the executive director of the non-profit West Community Land Trust.

Blackmon says these homes were originally owned by the City of Charlotte and then donated to the Harvey B. Gantt Center for African American Arts and Culture.

“These are going to stay as an accessory dwelling unit for an efficiency use,” she says.

Both homes have now been passed to Blackmon’s non-profit.

“They are the first of a group of homes that we are creating that will be permanently affordable homes, so they are pioneering… we’re not only preserving history, but we’re pioneering and making history as well,” she says.

Blackmon says the non-profit has plans to refurbish these homes where families will be able to live in them again. These homes will end up in the LakeView Community, which is something Blackmon says community members want.

“Individuals within that community were looking for affordability, (and) they recognized that they were facing gentrification, so they’re also looking to have some saying power,” she says. “Community members over there had been having conversations about how they themselves can contribute to affordable housing.”

By the end of 2020, these homes were officially moved, and as the group works to see this vision come to life, Blackmon says this is just beginning of so much more.

“Even though it may sometimes seem like the ideas that we carry in our minds and in our hearts are very far away from becoming a reality, I think that this project alone shows and demonstrates the power and the resilience of community and our ability and capacity to make things happen,” she says.

The West Side Community Land Trust says by March 2021 these two homes should be officially refurbished, and they are hoping to move two families in them by the end of 2021.