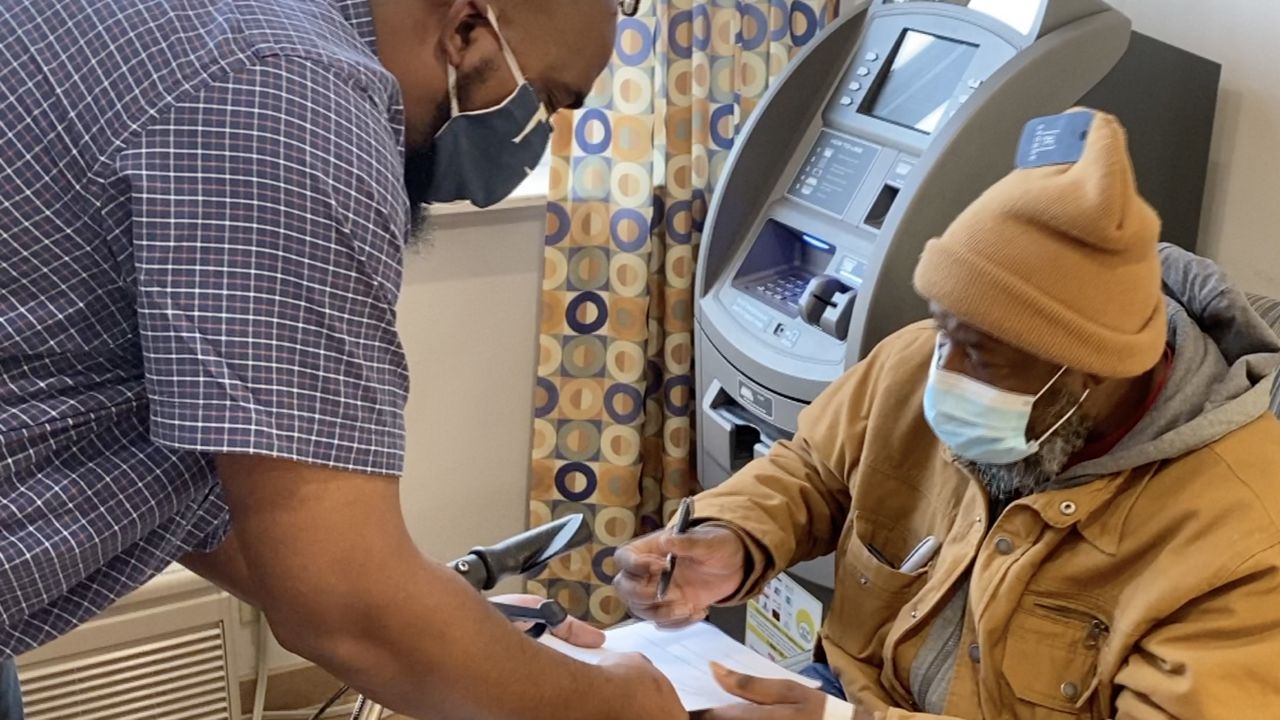 RALEIGH, N.C. — A group dedicated to helping those living with disabilities is also helping the formerly incarcerated get back on their feet.

Sharif Brown of Raleigh’s Alliance of Disability Advocates is the manager of the Prison Reentry Program. Brown and his team typically work with the incarcerated up to 16 months before their release. They establish personal and professional goals, and sharpen their interviewing skills. Brown also connects them with resources for mental health, food security, and housing.

“They have individuals who are post-release who are struggling with their reentry, whether it’s homelessness, whether it’s lack of employment, they have been greatly affected by COVID, whatever it may be,” Brown says.

Adrian Boone is the first successful participant of the Prison Reentry Program. Boone served a 20-year sentence in federal prison. While at Butner Federal Prison, he studied and worked as a biomedical equipment technician. He also worked on HVAC systems and got certified in fitness and nutrition.

“I tried to set myself on a pathway to success, taking all the classes and training that I did while I was incarcerated,” Boone says.

Before he was released, Brown met with Boone weekly to lay out his plans for reentering society. Boone had to learn how to use a smartphone through reading. By the time he was released, Boone was offered a job with the Alliance of Disability Advocates.

“I think the connection I made with ADA catapulted me to another level and enabled me to reach those goals a lot faster than I would’ve been able to on my own,” Boone says.

Boone started working as a community inclusion specialist, pairing people living with disabilities and the formerly incarcerated with the resources they need. He was recently promoted to revamp the Winston-Salem Solutions for Independence, but his work has not changed.

Because of the pandemic, Brown and his team are not currently permitted inside of prisons. They are helping newly released people with housing, medical care, and employment.

According to Brown, traditional prison reentry programs don’t supply enough information or resources for people entering back into the world after a number of years in isolation.

“So they’ll give you basic, generic information that might not necessarily meet the needs or requirements for your reentry but they met their requirement by giving you this information,” he says.

Brown’s work is personal to him. His brother spent nearly 20 years in and out of prison. Brown says if he was aided with the correct tools the first time, his story would’ve turned out differently.

““He didn’t know of any agency that could assist him, he fell back into that negative vibe and that negative path that he was on, and he reoffended,” he says. “As I do this job, I try to use the same passion that I would like I was helping my own brother.”

Brown’s program has a 2% recidivism rate as opposed to the State’s 40-45% recidivism rate. The North Carolina Council of Developmental Disabilities awarded the program funding in 2020.

Brown has helped more than 150 people in prisons. The program is currently serving about 10 newly released people, but they are expecting more in coming months.