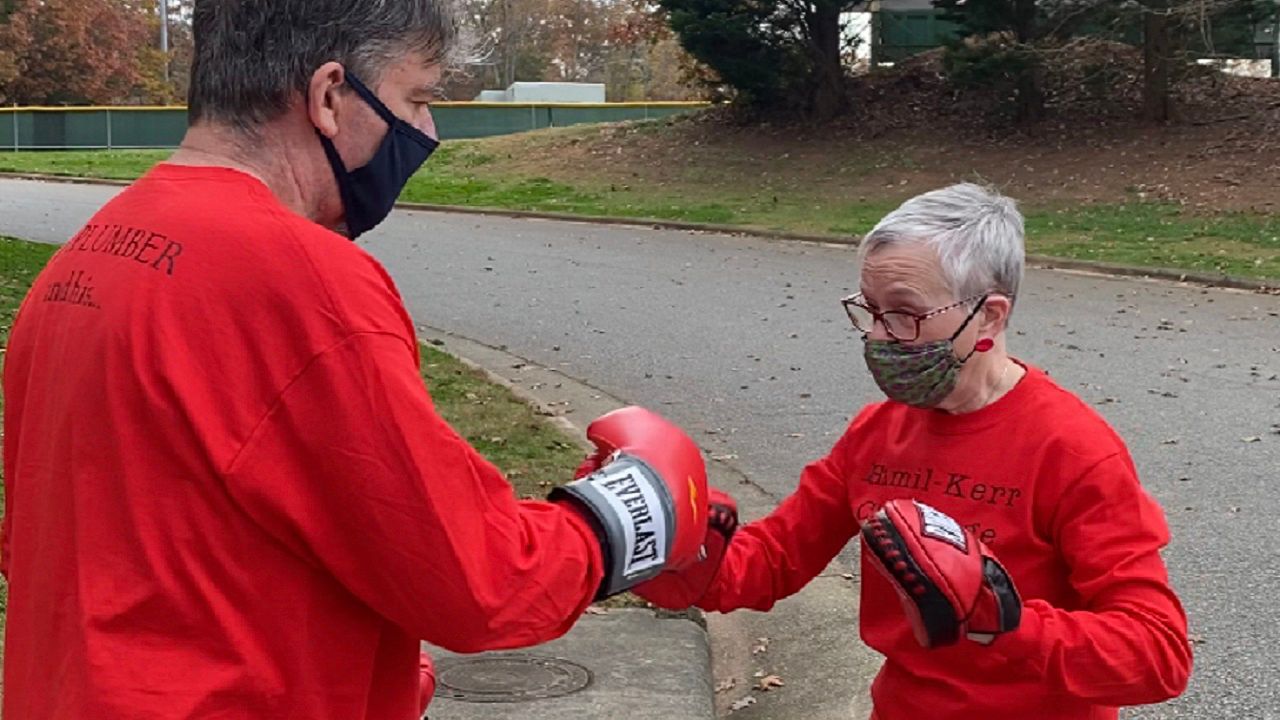 GREENSBORO, N.C. — A former police officer battling Parkinson’s is running to raise money for others fighting the disease.

George Holder served as an officer with Greensboro Police Department for 30 years. Ten years after he retired, doctors diagnosed him with Parkinson’s disease.

Holder was an avid runner. He ran the Charlotte Marathon three times, as well as the Marine Corps Marathon. When he was diagnosed with Parkinson’s, Holder says his life stopped.

“I had sort of sit on my butt for the first year just feeling sorry for myself. And relocated from Virginia to be closer with family,” Holder says.

A year after his diagnosis, Holder began boxing classes with Rock Steady Boxing. The group is geared toward teaching people living with Parkinson’s. The force-intensive exercise helps them with muscle control, balance, and coordination.

“With Rock Steady Boxing and these other resources, it can at least slow down the progression of Parkinson’s,” Coach Betsy Lerner says.

Holder's boxing classes were led by Lerner. The pair decided to organize and run a 5K to benefit Hamil-Kerr.

“If you saw four weeks, he could barely go from here to my car, and now he’s ahead of me,” Lerner says.

Holder and Lerner trained together for four weeks. The motion of pumping his arms caused his tremor to go away temporarily. Holder says running is his escape.

“It gives me part of my life back. Running was important to me, and it just makes a difference in my whole outlook,” Holder says.

Holder and Lerner raised more than $5,000 for the nonprofit. The 5K was the first long-distance run George had completed in nearly 30 years. He and Lerner ran the 5K faster than they had in training, shaving off more than five minutes.

To find out more information on the Hamil-Kerr Challenge, click here.