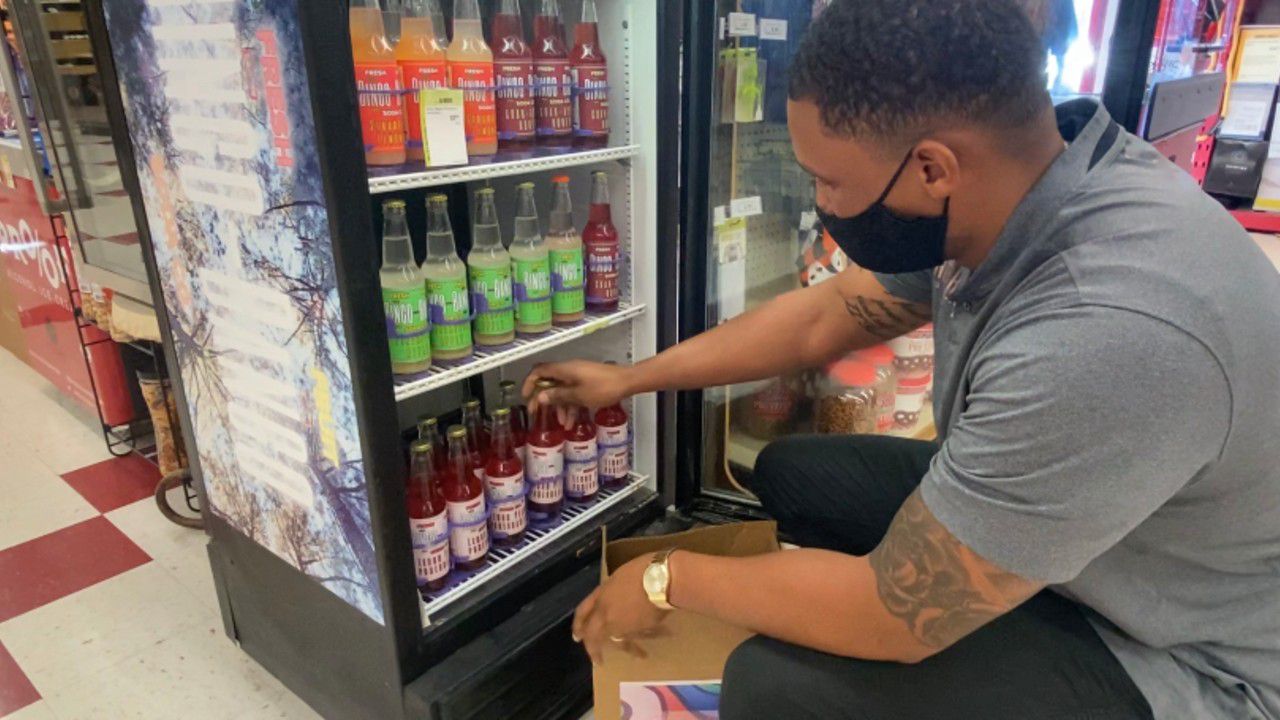 WINSTON-SALEM, N.C. — One of the first Black-owned soda companies was born in North Carolina.

Michael Robinson is the creator and owner of Bingo-Bango Fresh Fruit Soda Company, which is based in Winston-Salem. He got his start in the beverage business by working with his brother at Carolina Vineyards & Hops, a wine and beer lounge featuring North Carolina-made beverages.

The challenge of brewing led Robinson to soft drinks. He worked as a Coca-Cola representative for more than a year before starting his own business.

Robinson first used his family’s juicer to juice fresh fruits to experiment with different flavors. The inspiration for Bingo-Bango comes from Robinson’s grandfather, Emile Worthy. He says it’s a nod to his New Orleans roots and entrepreneurial legacy.

He says, “‘Bingo Bango’ is something he would say to symbolize something that’s unique or exciting or creative or artistic.”

Robinson’s parents own Crown Trophy and Award. His brother and sister-in-law own and operate Carolina Vineyards & Hops. Now, Robinson owns one of the first Black-owned soda brands in the nation.

“I don’t want to say it’s nothing new, but it’s exciting and I appreciate it,” Robinson says.

He offers crowd-pleasing favorites like strawberry lemonade, cran-apple honey, and lemon peach pomegranate. Bingo-Bango is a labor of love. He commutes from Chapel Hill to Winston-Salem to make his concoctions. Robinson hand-delivers six-packs to breweries, stores and homes across the state.

“In entrepreneurship and being a business owner, you just learn to improvise and think on the fly so it’s another opportunity to rise to the occasion and do that,” he says.

To find out where you can find Bingo-Bango, or how to order, click here.