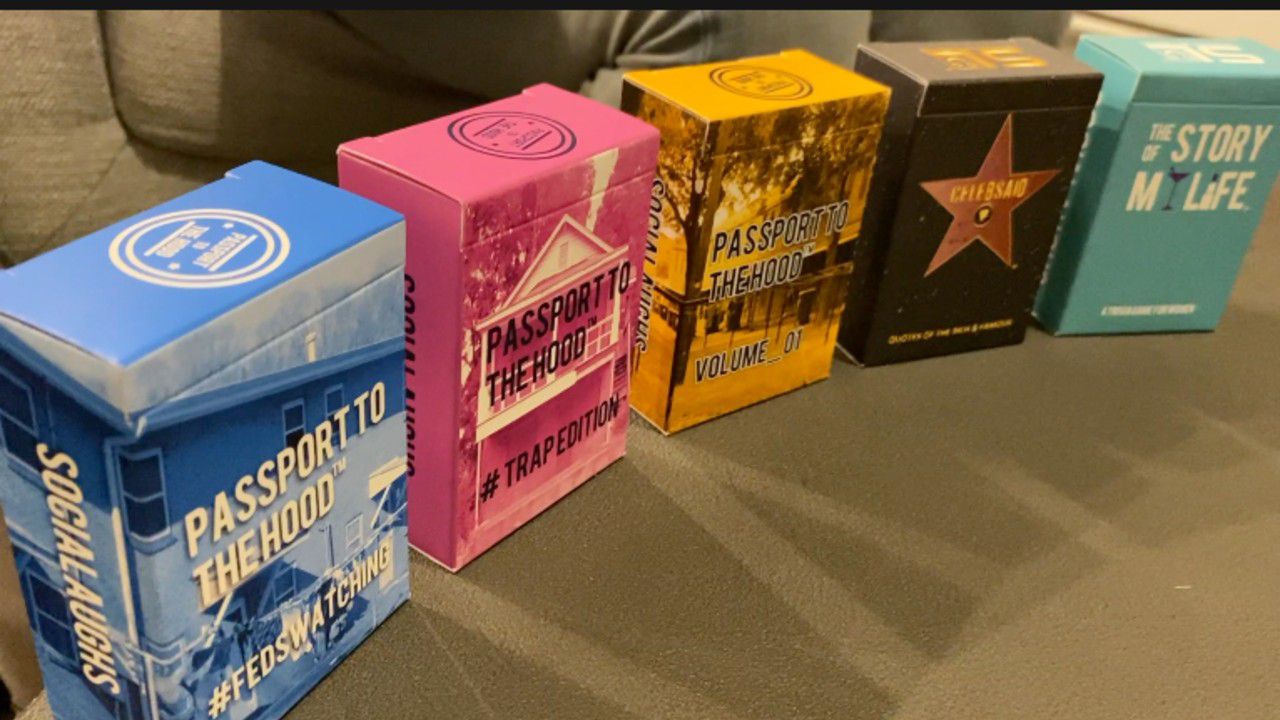 HUNTERSVILLE, N.C. — Get ready for game night, with a little education on the side.

A Huntersville couple’s fun idea for a card game has turned into a learning experience on Black and women’s culture, with a few laughs along the way.

After Anthony Kent woke up with the idea for a new game called Passport to the Hood  focusing on Black culture, the family got to work creating questions and designing the cards.

Once people started learning about the game, the family says it took off. That allowed them to expand to even more games, including two Passport to the Hood expansion games, as well as The Story of My Life, a game focusing on women’s experiences.

Their newest game, Celebsaid, is a catchphrase game of the rich and famous.

“Black culture is kind of popular around the globe, so a lot of people gravitate to it," Anthony Kent says. "You have rap, sports, we have a major imprint on entertainment. So, it’s definitely a game to where any race can play, and if you don’t know a lot about the Black culture, that’s a learning opportunity.”

You can check out all of their games at Socialaughs.com or on Amazon.