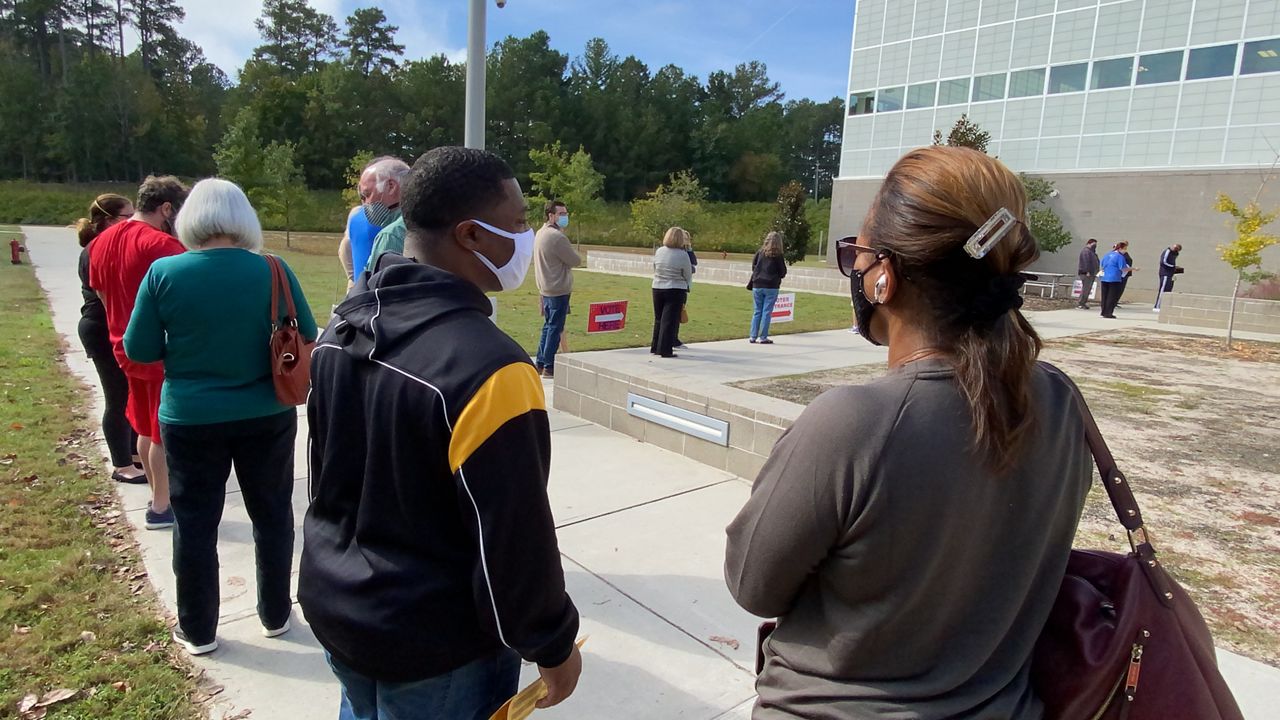 RALEIGH, N.C. – Voters on Monday said they were glad to see so many people voting early.

More than 900,000 North Carolinians visited the polls during the first four days of in-person early voting. That led to waits of an hour or more to cast a ballot in some parts of Wake County Sunday and Monday.

Jackie Burton and her son Lanair visited a polling site on the north side of Raleigh late Monday morning. Although the line stretched for at least 75 yards out the door, they were able to get through in about 20 minutes. She said she didn't mind the wait.

“Many have died for this right for us to vote, and we by all means need to take advantage of it because every vote does count,” she says.

Oliver Miller didn't face any lines at a polling place in Wilmington. He says he deliberately waited until the second week of early voting so he could avoid the initial rush to the polls. Miller says he was glad to see the lines of people that showed up earlier.

“That's showing the people are exercising their vote,” he says. “I think everybody should vote.”

Lois Washburn didn't encounter any lines at the Greensboro Coliseum. She said she “absolutely” felt safe casting a ballot in person.

“Absolutely go early,” she says. “That way, you know your ballot has been put in and counted, and there's no worry about long lines on Election Day.”

Back in Wake County, wait times fluctuated throughout Monday. Some polling sites never reported a wait of longer than about 30 minutes, while one in Cary briefly exceeded the two-hour mark.

Wake County Elections Director Gary Sims says his team is looking into opening additional voting sites. Officials also are considering adding barriers between voting booths so more can be packed into a given room, though he says any such decision will ultimately come down to COVID-19 safety.

“Normally, I'd be able to put three voting booths in the same amount of space that I'm currently putting one, so definitely that's the biggest contribution to it,” he says.

Sims says during early voting, you can vote at any polling site in your county. If the line at your preferred location is too long, he says you should check other sites. All early voting sites statewide are open from 8 a.m. to 7:30 p.m. on weekdays. The N.C. Board of Elections suggests voting during those business hours for a shorter line.