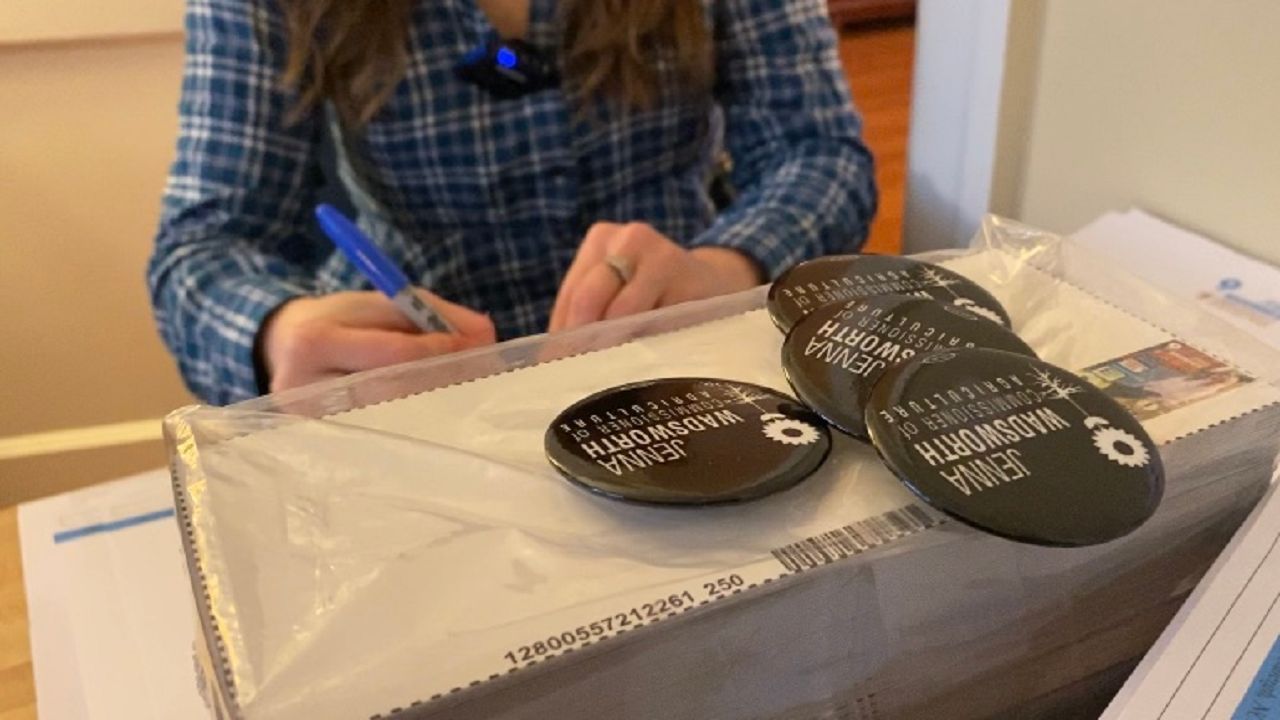 GREENSBORO, N.C. – Jenna Wadsworth has already made history once. While in college in 2010, she became the youngest woman elected to public office in North Carolina.

Now, she hopes to make history again. She's running for the Agriculture Commissioner position. If she wins, she'll be the first openly LGBTQ constitutional officer in the state.

“It has been pretty phenomenal to have folks who are out throughout the state, throughout the country, the parents of young people who are in the process or who have just come out, or folks who don’t yet feel like they can authentically live as themselves reaching out to me and talking about how much my visibility matters to them,” Wadsworth says.

She's up against Steve Troxler, who has held the position for 16 years.

Her team works out of her home, and says her young staff have helped her think outside of the box.

Instead of yard signs, her outreach includes TikTok.

“We’ve been excited to watch the comments come in where people say ‘Hey here’s a vote for you from Wilmington’ or ‘A vote for you from Forsyth County’ and so hopefully it’s really effective. We’re going to do everything we can to take advantage of any opportunity to be able to reach voters,” she says.

She lives in Raleigh now, but says agriculture is in her blood.

“I grew up on a hog, cow, chicken, corn, cotton, tobacco and soybean farm on a dirt road in Johnston County, and to this day, I still help manage farm operations with my father,” she adds.