Eric Trump Holds Campaign Rally at a Farm in Monroe

MONROE, N.C. — Eric Trump was working hard on behalf of his father Thursday to gain the support of voters in North Carolina.

From the moment Eric Trump took the stage, he got right to what has been on our minds. The upcoming presidential debate and why his father, President Donald Trump, won't participate.

“He goes [President Donald Trump], 'why wouldn’t we have an in-person debate?',” Eric Trump said. “Every president for the last 200 years has had a debate. They said it was going to be over Zoom. He was like, ‘I am not doing a damn debate over Zoom.’”

The event Thursday afternoon was held at Aw Shucks Farm in Monroe. It was held completely outside with hundreds of people in attendance. 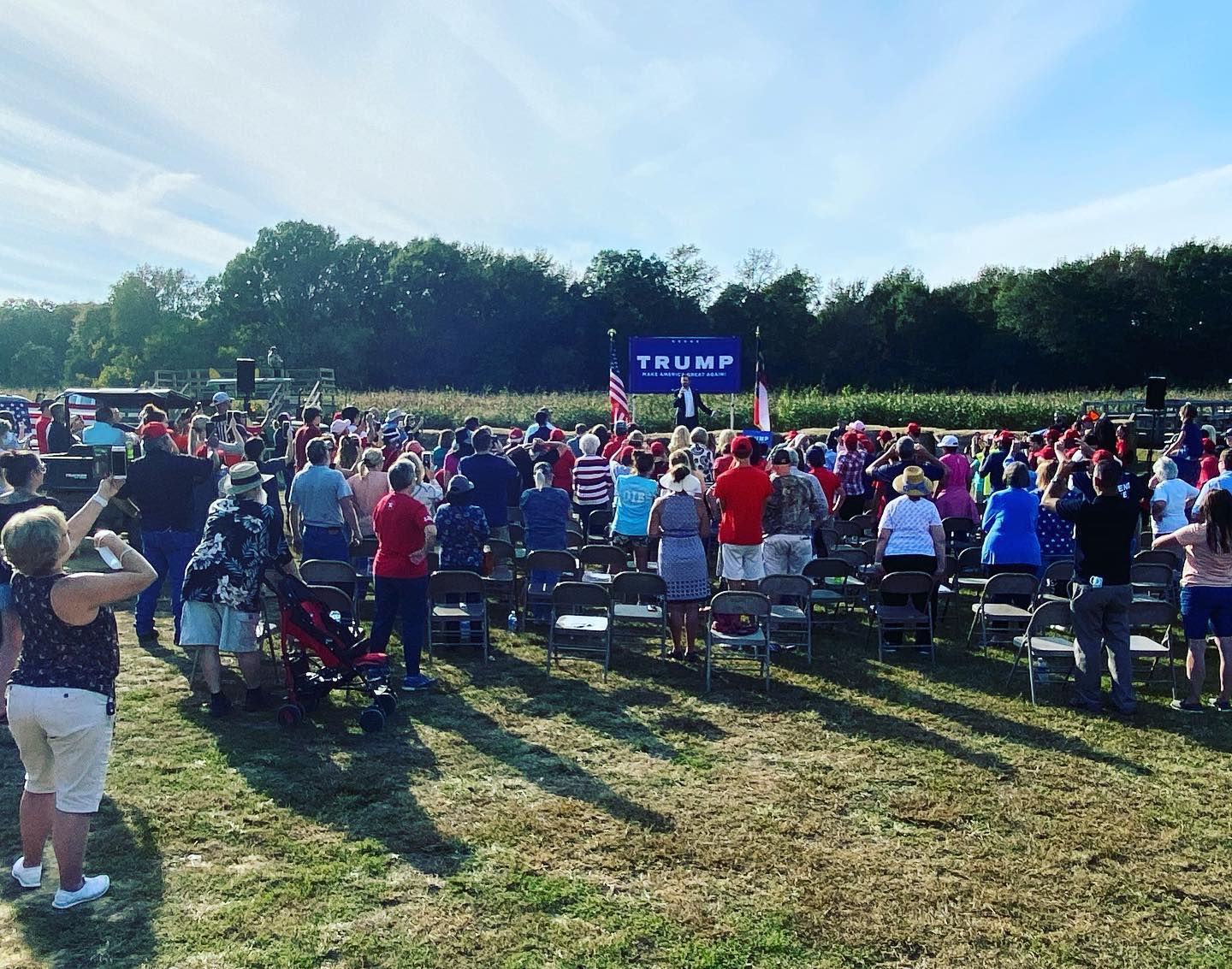 One family who came said they live just down the street.

“We just found out yesterday, and it was right up the block so we said let’s go,” Katherine Haller said. “My grandchildren are very big fans and want President Donald Trump to win again.”

When asked why he picked a farm in Monroe for the rally, Eric Trump responded, “This is a state that we care about and we are crisscrossing the state. This is a beautiful area to be in and there is incredible enthusiasm.”

“I really believe in his platform,” Marquette said. “I am a Christian, and he aligns with my values. Therefore, that is how I will vote.”

Both the Trump family and the Bidens have made numerous stops in North Carolina since it’s considered a battleground state in the November election.

Eric Trump says it’s a state that means a lot to the president.

“It is a state that we love and it’s critically important to the White House,” he said. “People have to go out and fight, and they have to cast their vote.”

Dr. Conley says that will be 10 days since the president was diagnosed with the coronavirus. He also says Trump has completed his therapy for COVID-19, and there are no indications the illness has progressed.