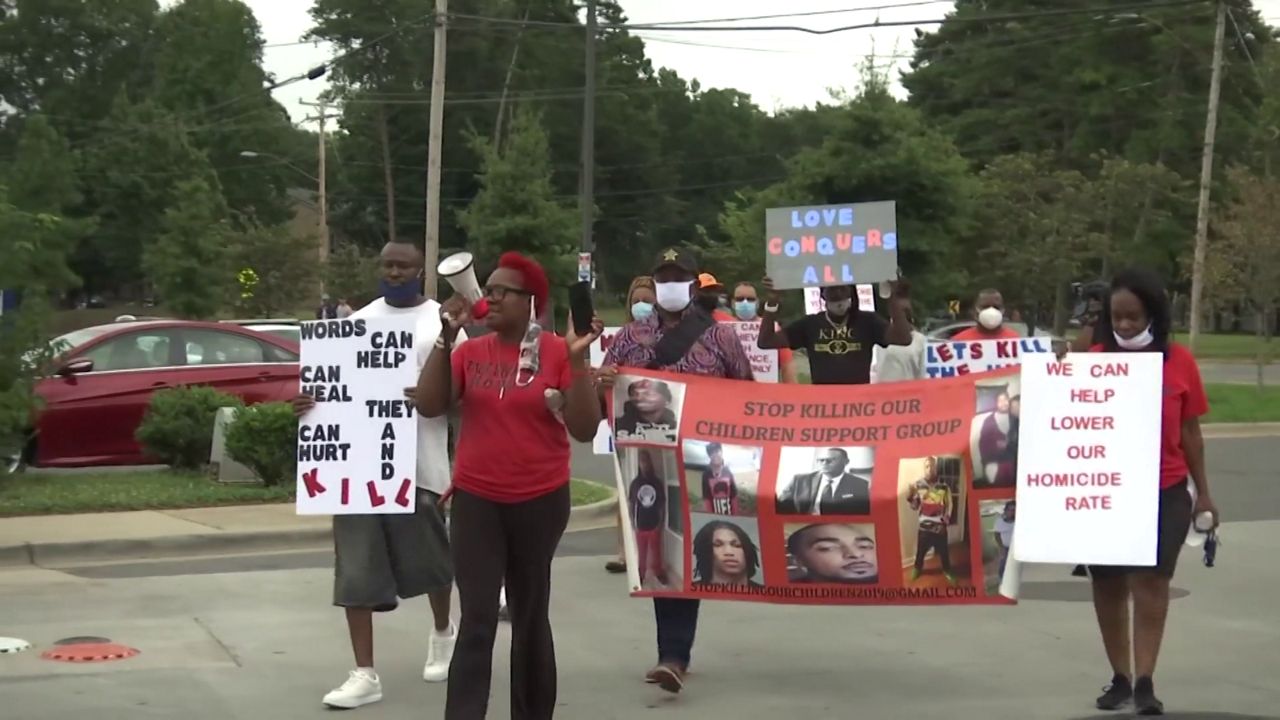 They took to the streets for the "Stop Killing Our Children" march. The Charlotte-Mecklenburg Police Department says there have been 84 homicides in the Queen City so far this year. The latest victim was a 5-year-old girl.

Parents of victims, law enforcement, and community leaders gathered to condemn it.

"I lost my son in 2016 and for a parent to lose their child, even though my son was 24 years old, still 4 years later, my heart still hurts," Lucille Puckett, said.

"Why should a gun lie on the ground where where child could obtain it,” Mecklenburg County Sheriff Garry McFadden said. “Education, open your venues to education, the churches should have education on church safety and gun laws."

CMPD officials say they have a limited number of gun locks they are giving away for free. You can pick one up at the department located at 601 East Trade Street while supplies last.