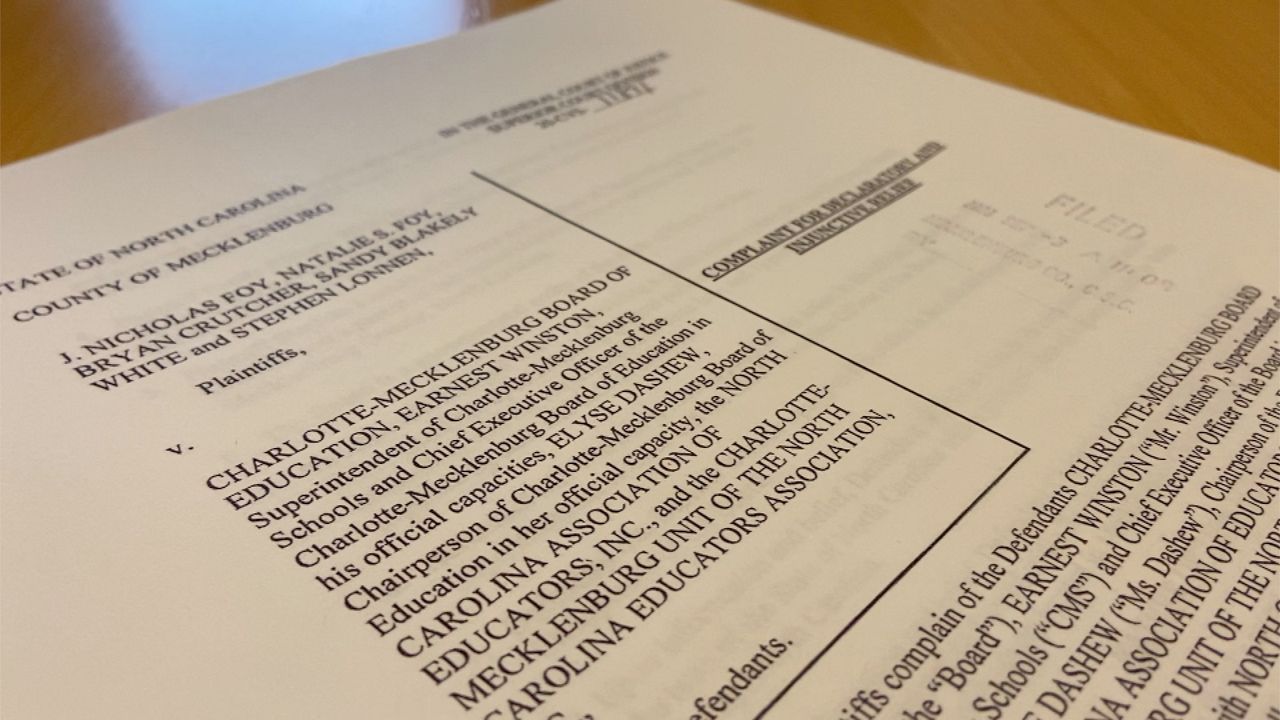 CHARLOTTE, N.C. -- “I’m the involved dad," Nick Foy says. "I’m the one that shows up and does reading and whatever else.”

But suing the Charlotte-Mecklenburg Board of Education was the last thing Foy thought he would be doing.

“The fact that we have daycares open with 5-year-olds and 4-year-olds but we can’t figure out how to open schools for 5 and 6-year-olds, and 7-year-olds, I don’t think makes a lot of sense," he says.

The lawsuit claims the district did not put the needs of students first when it decided to move to fully online instruction.

“The state of North Carolina has a constitutional provision that requires for schools to be open nine months out of the year and requires equal access to education." Foy says. "It became pretty obvious that having schools online isn’t doing that.”

The lawsuit also says the North Carolina Association of Educators organized a campaign to influence board members and the superintendent into abandoning in-person instruction.

“The board, I think, was pretty close to at least wanting to go full option B, and then after a meeting in July, they changed their mind and they decided to go for this all remote option," Foy says.

With so many kids in the district without access to internet, Foy is hoping this lawsuit will not only hold the board accountable, but hopefully get students back in the classroom.

“There’s nothing against the school board or the North Carolina Association of Educators or anything else," he says. "I want us all to be working together to make our schools really really great places for kids to go learn, but they have to be open in order to do that.”

Foy says the lawsuit seeks an immediate injunction that would allow students to return back to school immediately.

A spokesperson for CMS says the district has not been served with the lawsuit yet.

Spectrum News 1 spoke to members of the board of education who say they can not comment on active litigation.

Spectrum News 1 also reached out to the North Carolina Association of Educators and is awaiting a response.