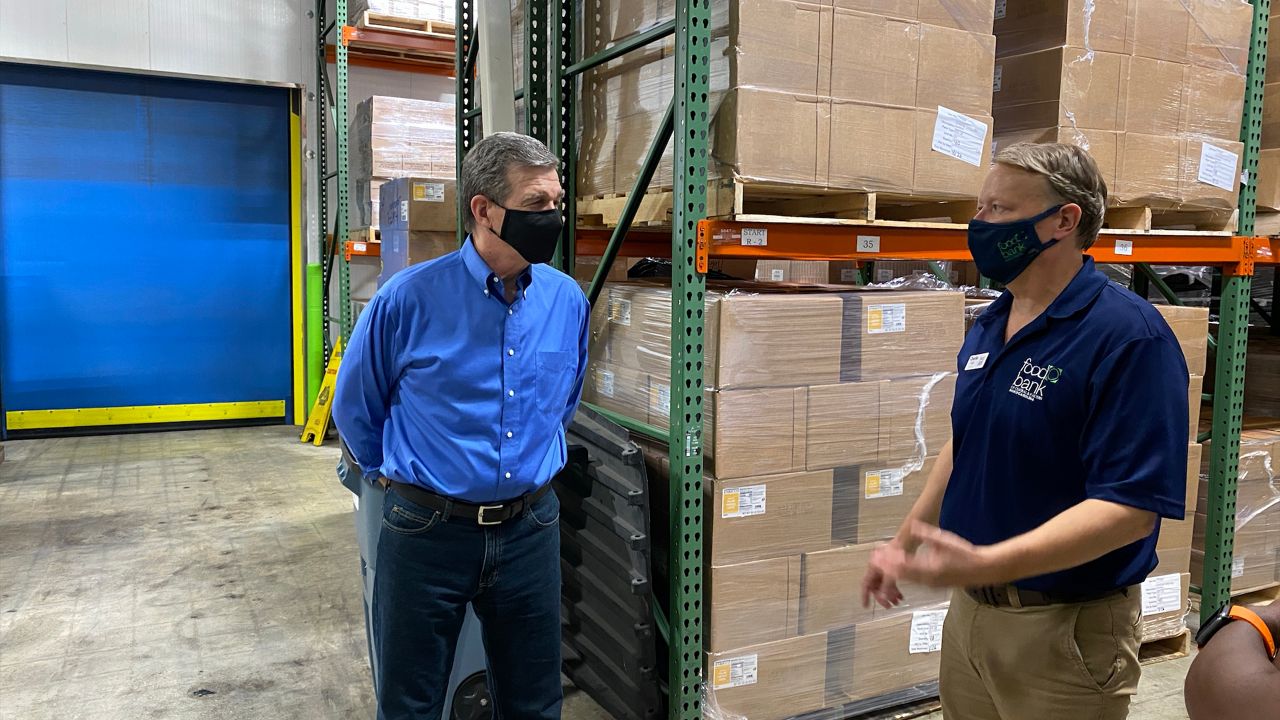 The governor stopped by The Food Bank of Central and Eastern North Carolina Thursday afternoon to meet volunteers and to plug the budget proposal he wants state lawmakers to consider when they return to Raleigh next week. Among other things, Cooper is asking for $50 million in aid for food banks and related organizations. He said food banks are filling the gap left by school nutrition programs low-income families now cannot access due to school closures.

“Their referrals have almost doubled during this time, so we know they need help,” he said.

Food bank officials said donations and volunteer participation are both up, but so is the need. They said by the end of the year, they expect demand for food bank assistance to increase by 38 percent compared to last year. At this point, one in five adults and one in three children in North Carolina face food insecurity.

Leaders in the North Carolina General Assembly's Republican majority have questioned the wisdom of the governor's budget proposal, which also calls for Medicaid expansion and increasing unemployment benefits to $500 per week. Lawmakers have warned the state's tax revenue is now increasingly unpredictable due to the current economic situation. Cooper said most of his proposals involve one-time expenditures and more than $900 million of the money he is asking for has to be used before the end of the year.

The governor said state health officials continue to monitor COVID-19 clusters in public schools, most recently in Gaston and Randolph counties. When asked whether there was a possibility of the entire state moving to all-online instruction, he noted school districts have the option to go to that model if they believe it is necessary.

As for the outbreaks at universities around the state, he said the institutions affected have done a good job of shifting quickly to all-online learning once it became clear they faced an outbreak. He said it's too soon to say if those outbreaks will trickle down to K-12 schools.