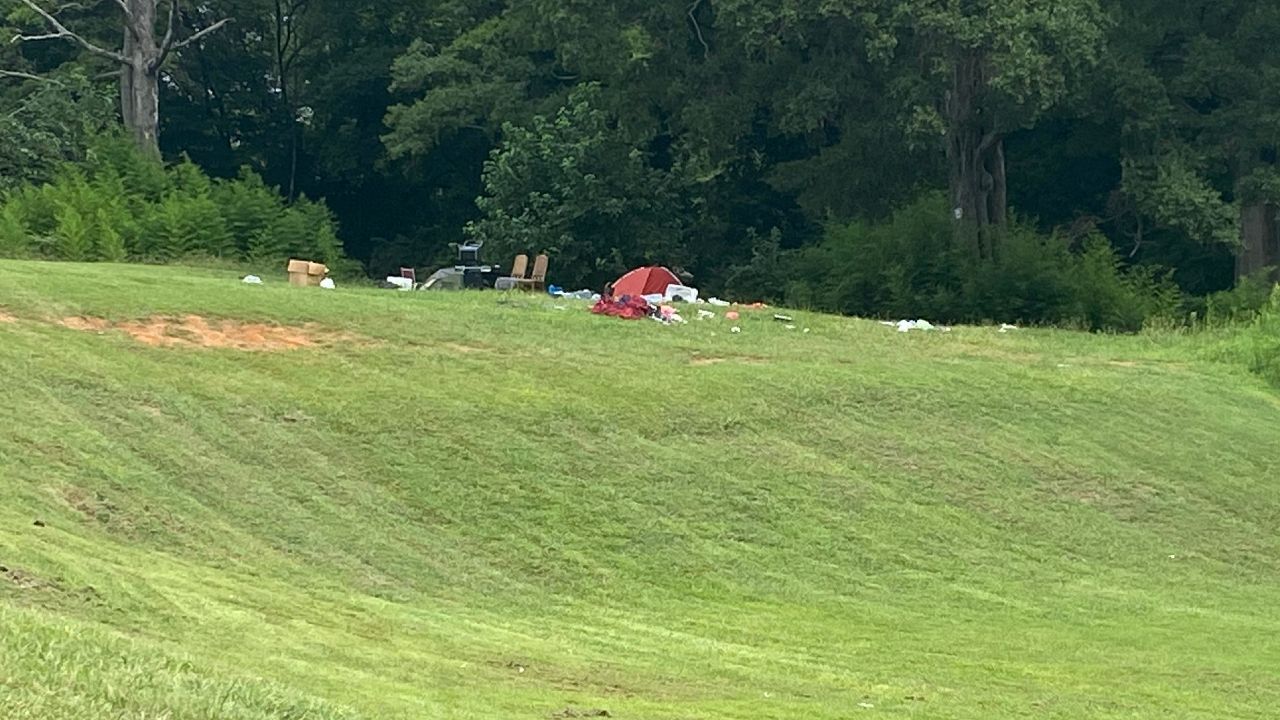 CHARLOTTE, N.C. – People living in Charlotte’s “tent city” are now setting up in a new spot after they were recently forced to move.

The people were living in a homeless encampment on 12th Street and North Poplar Street. That land is private property and belongs to WB Moore, an electrical contractor.

The owners of WB Moore issued an eviction notice, and people had until Friday at 5 p.m. to leave the property.

Only one tent remains at 12th and N. Poplar after the community was forced to find a new place to live this week. The tent encampment had been set up on private property, and people have until 5 pm today to vacate @SpecNews1CLT pic.twitter.com/X7iC71ct1b

She says the concern now is that they will be asked to move again.

“Our hopes are that they can be left alone until a viable solution is actually made, which is emergency shelters, transitional housing, and safe encampments,” she says.

WB Moore said in a statement the company plans to start construction on an employee parking lot in the vacant space next week.