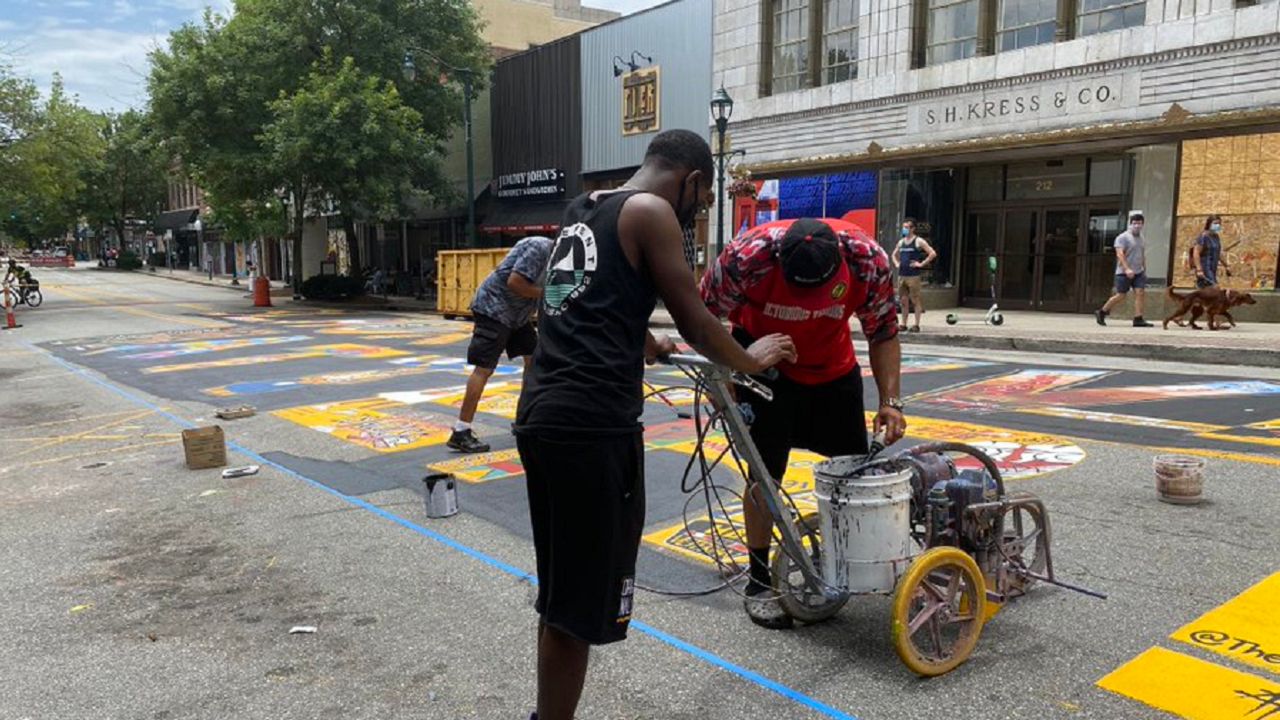 The mural can be seen on South Elm Street, between February One Place and Washington Street.

The project allowed several artists to take one letter from the mural and make it their own. Each artist individually created their own letter design, forming one cohesive masterpiece.

Greensboro artist Tyler Agnew said he made his artwork personal, as he has struggled with mental illness.

“I had the letter 'M', 'M', for me, meant a lot. I wanted to represent mental illness and mental health in the black community, I don’t feel like that gets enough credit," Agnew says.

Portions of Elm Street and February One Place will remain closed until 7 a.m. Monday.