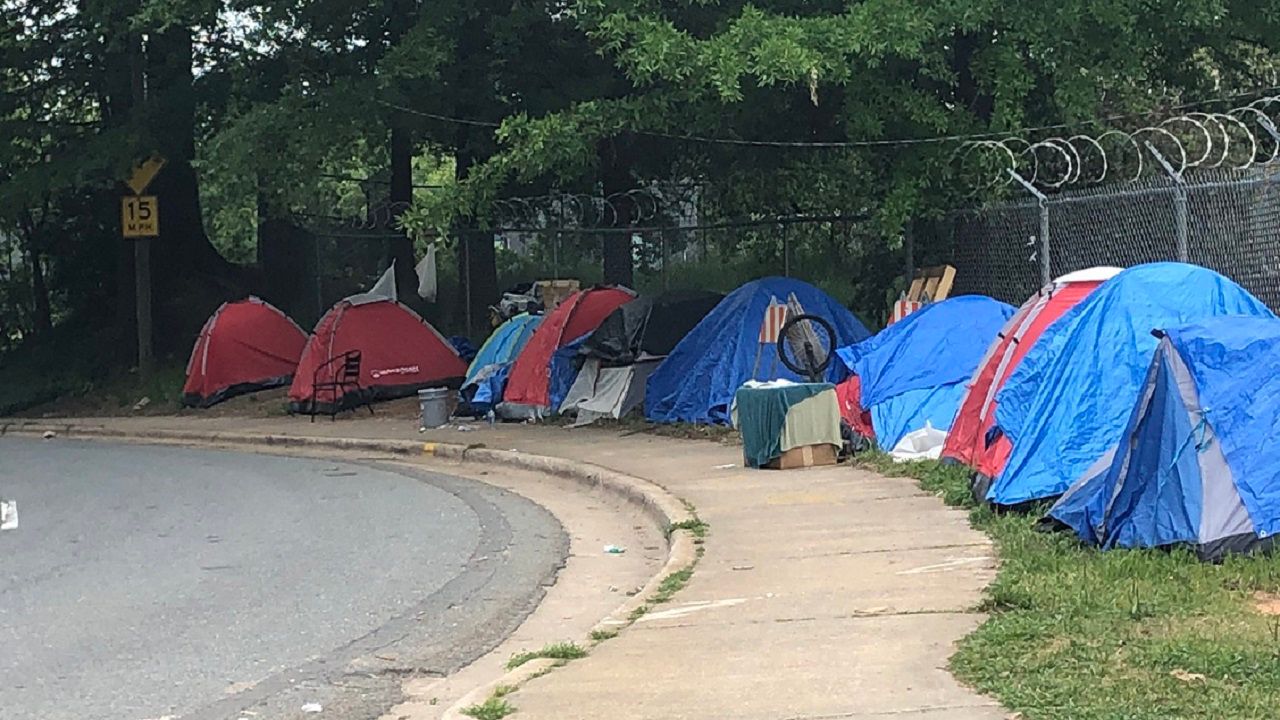 Charlotte Homeless Population Living in Tents as Shelters Fill Up

CHARLOTTE, N.C. -- Outside the Urban Ministry Men’s Shelter in Charlotte there are around 50 tents set up. Normally tents aren’t allowed on their property, but due to social distancing in the shelter, there is no other place for the homeless population to go.

“These are my two sleeping bags and blankets that have been donated to me,” Prince David said as he showed his living arrangements. “It’s uncomfortable, you are not able to withstand the climate and type of weather that comes in.”

David is one of dozens of people living in tents. Some are just a few feet from another.

“It’s really a health hazard,” said one man living in a tent, who asked to not be identified.

Randall Hitt is the Chief Engagement Officer for the Urban Ministry Men’s Shelter. He said prior to the coronavirus outbreak, they had the capacity to house about 460 people, but now due to social distancing they have reduced that number to about 365. This takes away about 100 potential beds.

“In partnership with others, there were folks that were identified and moved people from our shelter into a hotel setting to reduce those numbers.” Hitt said.

The hotel Mecklenburg County leaders have set up is mostly for homeless individuals who test positive for COVID-19 or those who need to self-quarantine. David said there needs to be more hotel rooms for the general homeless population as well.

“You could honestly put everybody in hotels,” David said. “Due to COVID-19, a lot of entities aren’t even in these hotels.”

David fears if nothing changes, the row of tents will only grow bigger.

“Treat others like you want to be treated,” David said. “When you see your brother or your sister in need, get off your high horse, get off your pride and get over here and help.”

The Urban Ministry Center is asking for more tents, tarps and sleeping bags. For more information visit the website.