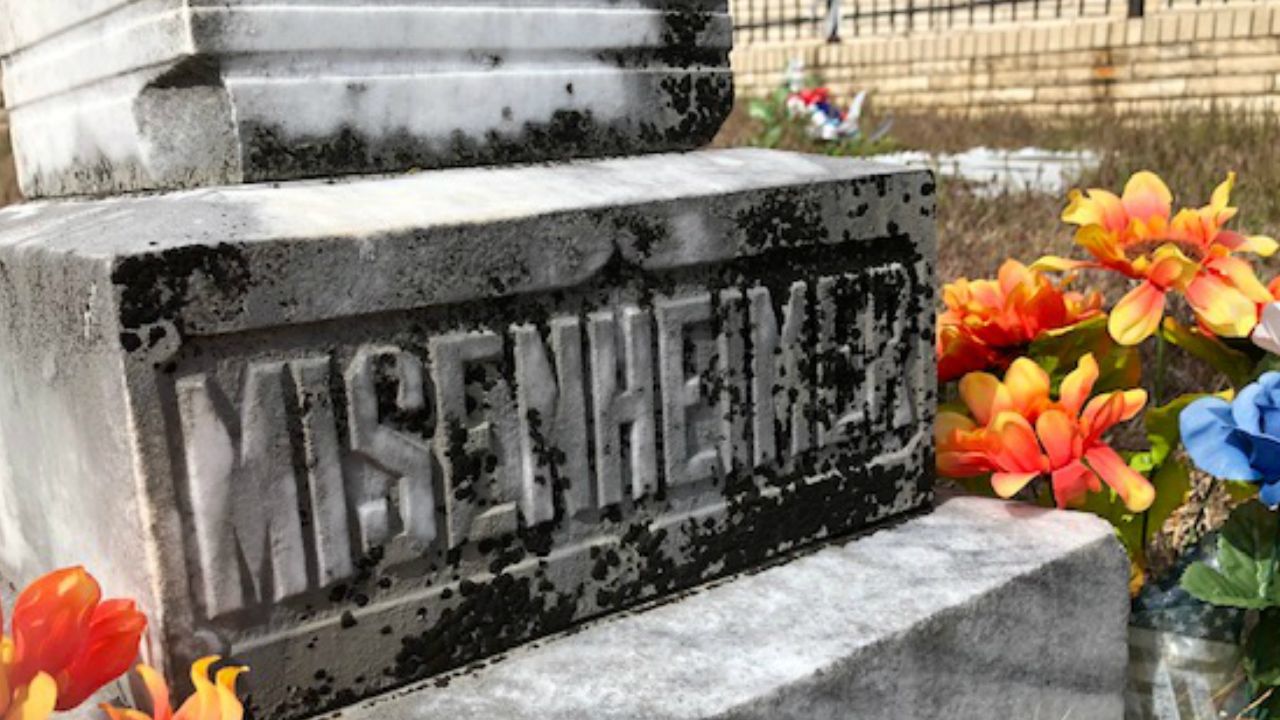 CONCORD, N.C. — Shoppers at the Carolina Mall in Concord have likely just glossed over it, but behind the wall and through the gate is a place where history is everywhere.

The Misenheimer Family Cemetery is located in an unlikely spot surrounded by the mall’s food court and Belk.

The mall was built decades ago, but the cemetery dates back to 1821.

It has 22 known graves. From infants to seniors, they were all members of the Misenheimer family.

After the Revolutionary War, North Carolina gave the land to Private Jacob Misenheimer.

“North Carolina at the time didn't have hard money to pay its soldiers or its veterans so they basically promised them land for service in the American Revolution,” says John Misenheimer.

Mary Burgess is a member of the family and was born in a home that is now the mall's parking lot.

Years ago, Burgess says her family was pressured hard to sell the land

The family eventually gave in, but the one thing they didn't budge on was the cemetery.

“It's not for sale,” Burgess says. “We're not allowed to sell it. It's tied up because it's supposed to be passed down and never to be sold.”

Which is why it's now surrounded by the mall.

The family says this small plot of land should be cherished.

“My great, great, great grandfather Jacob Misenheimer fought for North Carolina and America in the Revolutionary War against the king of England. He's one of the reasons we are free today,” Burgess says.

Jacob Misenheimer was officially laid to rest last year in a ceremony Spectrum News covered. He was 78 years old when he died in 1821.

The cemetery is closed to the public.

You may have never noticed this cemetery surrounded by the Carolina Mall in Concord. It turns out it has a rich history dating back to the Revolutionary War. The history lesson tonight at 5 and 6 on @SpecNewsCLT. @ConcordNCgov pic.twitter.com/erSHORpmXi