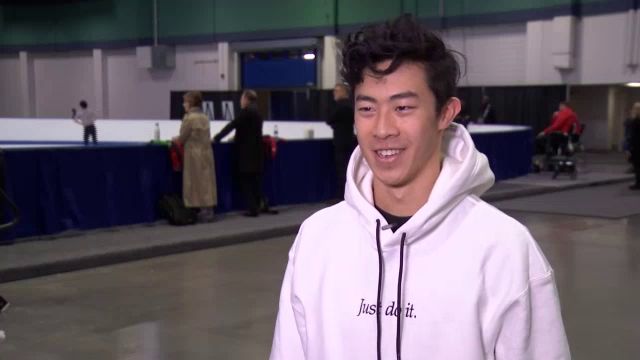 Chen began ice skating when he was 3 years old and began competing at 4.

“Ice skating has been like the most integral part of my life since I was basically born. It's something that really, in a sense, completes me,” Chen said.

On top of being a three-time U.S. champion and two-time world champion, he is also an Olympic bronze medalist. Chen is also the first skater in the world to land multiple quad jumps in a competition.

“When you can really mentally conceptualize 'how can I do this jump’ or ‘how are you going to do this jump,’ then you can put aside fear and attack the jump as you should do it,” Chen said.

The 2020 U.S. Figure Skating Championships are being held in Greensboro this weekend. Chen competes on Saturday at the Greensboro Coliseum. The opening ceremony is tomorrow at 6:30 p.m.