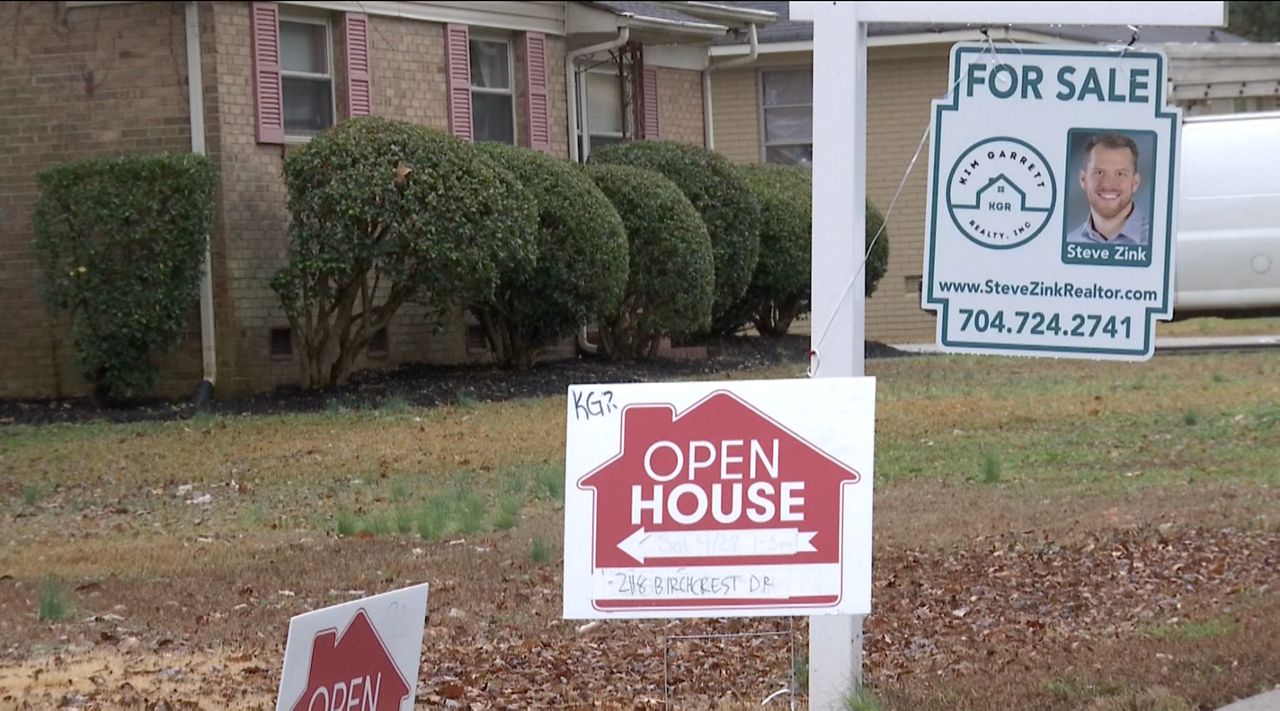 CHARLOTTE, N.C. — There are simply not enough houses in Charlotte to keep up with the demand. That’s what several realtors have told Spectrum News, and it's backed up by a recent report published by UNC Charlotte.

Ranit Saha and Amritaa Rey say they started looking to buy a home in August and were blown away by the competition.

"We were surprised with the speed in which houses were going," Ranit Saha said. "We were almost like deer blinded by headlights."

They are like many first-time homebuyers feeling the competition.

According to a UNC Charlotte report, the population growth of the city is more than twice the housing growth. Real Estate Broker Steve Zink says this means there are not enough homes for all the people who want to buy in Charlotte.

"That is why we have this multiple offer thing where five people bid on a home that just came to the market and four of them lose out," Zink said.

This is particularly the case for lower priced homes.

This also means lower-priced homes are dwindling. According to the UNCC report, 45 percent of homes in Charlotte were below $150,000 in 2005. In 2018, that number dropped to just 15 percent.

"I would just recommend homebuyers study the area and investigate what is important to them, because you might not need to be right next to Uptown," Zink said. "You can go one neighborhood out and save some money."

Or you can go a lot further out.

First-time homebuyers Saha and Rey decided the homes in the city limits of Charlotte were just too expensive for what they were looking for, so a few weeks ago they purchased a home in Matthews. They say it was a learning experience for sure.

"You have to be very prepared," Saha said. "You can’t say, oh, I am still arranging stuff on my finance side so I will put in an offer in a week. That is not going to work because by that time the house is already taken up."

There are some incentives for first-time homebuyers with qualifying income. To learn more, click here.